Tiger-Cats looking to finish what they started 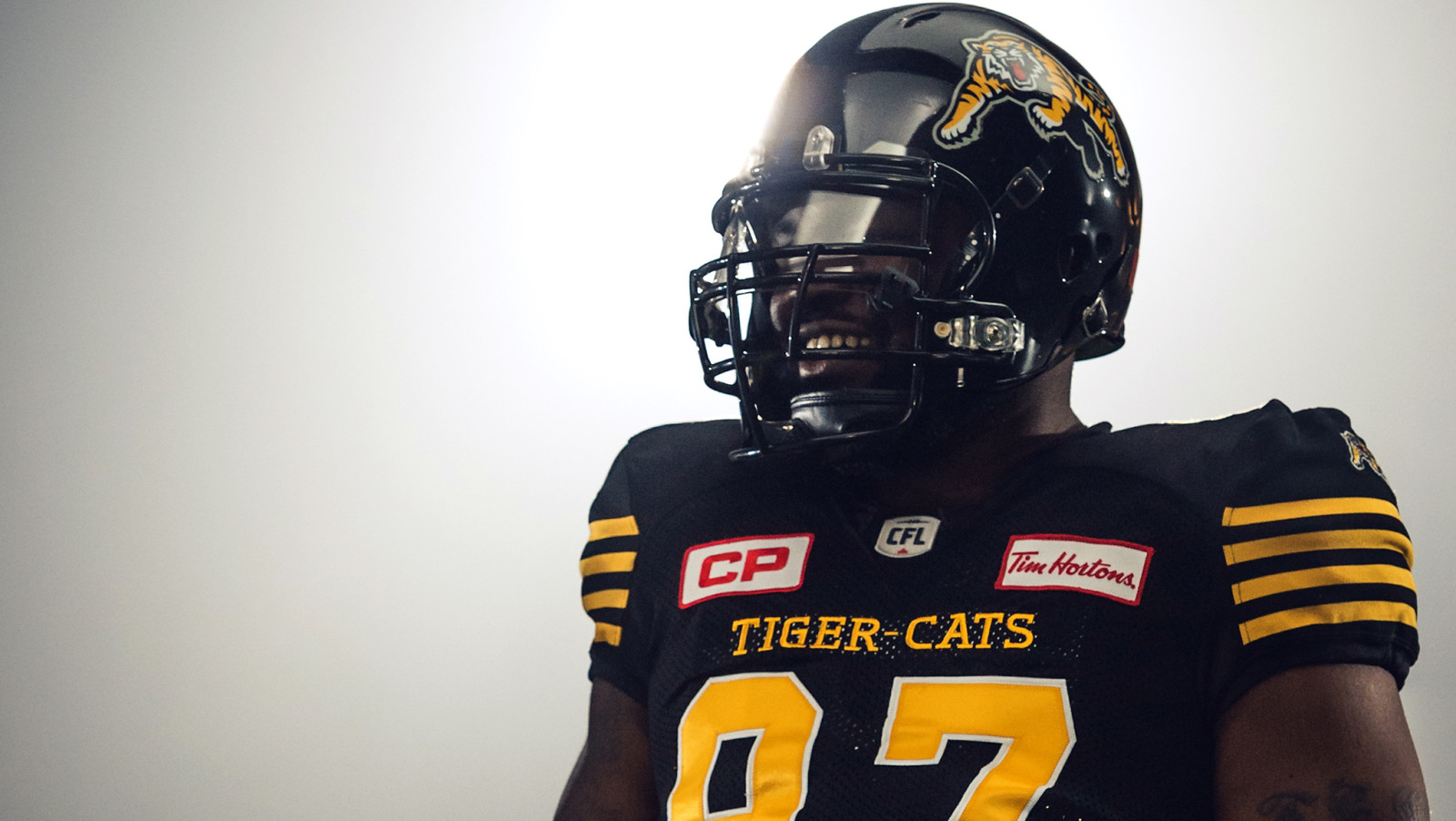 Tiger-Cats looking to finish what they started

That’s what the Hamilton Tiger-Cats are facing heading into the 2016 season.

After back-to-back losses in the Grey Cup Championship in both 2013 and 2014 and a disappointing finish to their 2015 campaign, the Tabbies will have just one thing on their minds this year – becoming the 104th Grey Cup Champions. 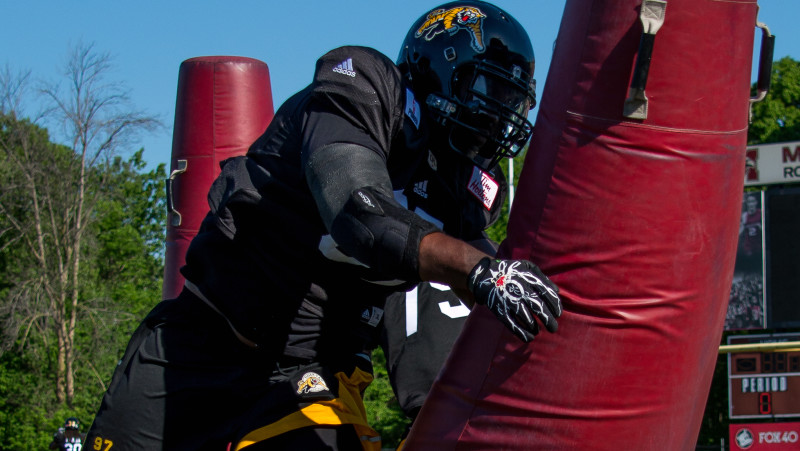 That desire is what kept Laurent in the black and gold. The Montreal native had other offers on the table – including one from his hometown team, the Alouettes – but opted to stay with the club where he felt the most at home.

There were, however, a few others on the defensive line that decided not to stay in the Hammer after last year’s loss in the Eastern Final to the Ottawa REDBLACKS. Brian Bulcke, Bryan Hall and Justin Hickman all made the jump to the other side of the Hamilton-Toronto rivalry and will suit up in the double blue this season.

“The rivalry’s going to be really intense,” said Laurent. “Since they (Bulcke, Hall and Hickman) went to the other side, now it’s really serious.”

“It’s the Grey Cup. I really want the ring. It’s all about the ring.”
Ted Laurent

Even with all of the changes to the defensive line, head coach Kent Austin knows that his defence is still in good shape.

“We still have a really good core group of guys that are coming back, they’re outstanding leaders that have been in the system,” said Austin. “We actually think we can be better defensively, but every coach is going to say that at this stage. I have tremendous faith in (defensive coordinator) Orlondo (Steinauer) and his staff and the talent that we have on that side of the ball.”

Austin will hope this year’s defence can match its success last season after allowing only 391 total points, third best in the league.

Quarterback Zach Collaros was having a career year in 2015 and was on pace to be the league’s Most Outstanding Player before his season came to a crashing halt. The 27-year-old was leading the CFL in passing yards (3,376) and touchdowns (25) before an ACL tear in his right knee during a start last September against Edmonton sidelined the star pivot.

Questions surrounded who would be under centre for Hamilton come kickoff in June until Collaros, who recently signed a contract extension through the 2018 season, could return. Jeff Mathews and Jerimiah Masoli split time leading the offence but it was Masoli who made the most of his opportunity.

Just a few days before the Cats’ season opener against the Toronto Argonauts, Head Coach Kent Austin announced that it would be Masoli who will be starting the season for Hamilton. In the six games he played in for Hamilton during the 2015 season, the 27-year-old San Francisco, Calif. native completed 11 of 21 pass attempts for 148 yards and one touchdown.

“I’m very excited,” said Masoli. “I’m just honoured to be able to share the field with these guys, represent the city and give it my all.”

Masoli will have a new target in wide receiver Chad Owens to connect with when the regular season gets under way. Owens, also known as the Flyin’ Hawaiian, signed with the Ticats over the off-season in February and will be great addition to Hamilton’s already potent offence. Last year with the Argonauts, the five-time CFL All Star collected 55 receptions for 570 yards and two touchdowns.

And as for the unfinished business? Laurent can speak for the entire Tiger-Cats team when he says the championship is the only thing that matters.

“It’s the Grey Cup. I really want the ring. It’s all about the ring.”

The Ticats open their season at the revamped BMO Field against the Toronto Argonauts on June 23.