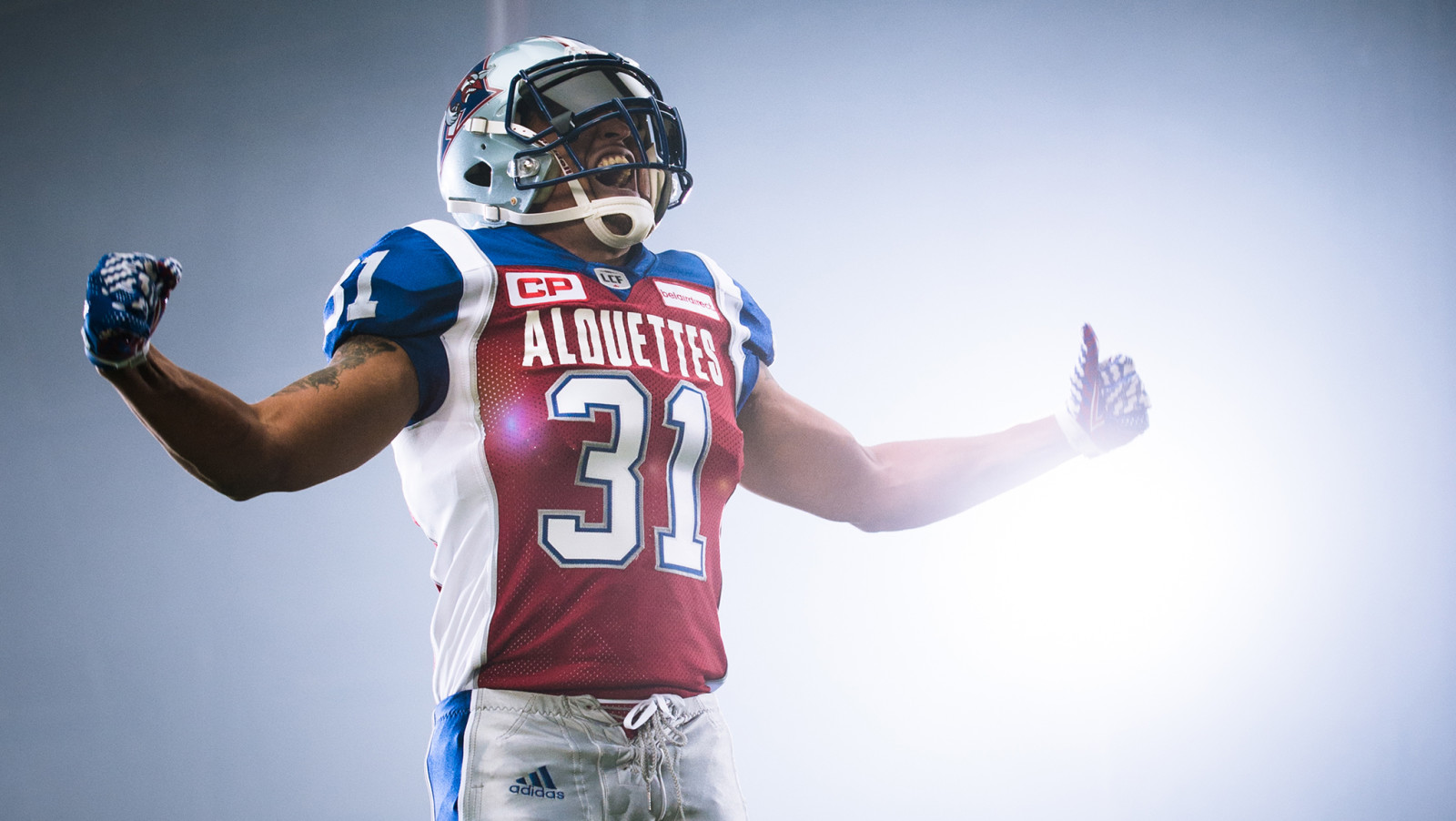 MONTREAL — If you compared Kevin Glenn’s career to the pre-season edition of the Montreal Alouettes, you might think they’re one in the same.

Just as you’d be hard-pressed to find a team disregarded as much as the 2016 Alouettes have been so far, you’d also have trouble finding a quarterback with so much success and so little recognition for it as Glenn.

This season in Montreal their stories intertwine.

“That’s how it goes,” shrugged Glenn, asked why the Als aren’t getting the respect they deserve. It’s the kind of question the 16th-year quarterback is used to hearing about himself.

“I’d rather it be like that so then we sneak up on everybody,” he replied. “Everybody’s not looking for us and then you turn around and look in your rearview and it’s an Alouette corvette behind you on the freeway and we just roll right past you.”

It’s cool with Glenn and it’s cool with the Alouettes. The Detroit native has played 15 seasons with six teams, not including the REDBLACKS and Argos who briefly held his rights, and knows all too well that pre-season predictions mean very little.

Glenn is setting all that noise aside and instead focusing on making the Als a contender. The 37-year-old arrived in Montreal via trade late last season, making three starts for the Alouettes while just trying to get acquainted with the playbook and his teammates.

Meanwhile, the Alouettes are happy to have a proven veteran quarterback at the helm – the first they’ve had since Anthony Calvillo, the CFL’s all-time leading passer, retired in 2013.

“Obviously replacing the man, the myth, the legend is very tough,” said Tyrell Sutton, who returns as the team’s starting running back after leading the league in rushing yards in 2015. “And why wouldn’t you want to succeed him with Kevin Glenn at this point?

“I don’t know how to express it because it’s another veteran presence that we haven’t had since Calvillo was there. He’s a voice that understands what he sees.”

What’s certain is the Kevin Glenn fans saw at the tail end of 2015 with Montreal isn’t the same Kevin Glenn they’ll see this year. This year he comes in with a fresh start, having spent his off-season learning an offence completely rebuilt by Offensive Coordinator Calvillo and assistant Jacques Chapdelaine. 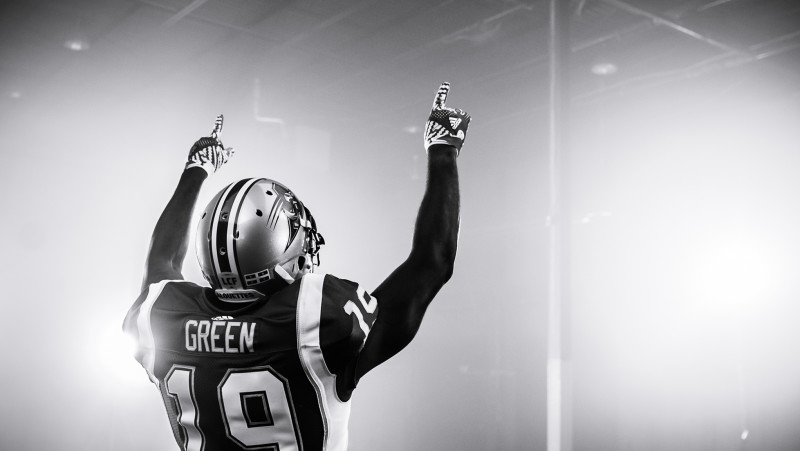 All that considered, those in the room in Montreal have a different attitude towards the upcoming season.

“Definitely having a guy come in like Kevin Glenn – to have that knowledge and savvy in the backfield with Tyrell Sutton to add to the weapons outside, I think it gives us a good base to start with,” said S.J. Green, a central figure on the Als’ offence.

Last season was one to forget for the Alouettes, their first time missing the playoffs since returning to the CFL in 1996. Last-minute losses, the inability to hold leads and inconsistencies on all sides of the ball played a role in a 6-12 finish that placed them fourth in the East Division.

For that reason it’s easy to see why they have their detractors heading into 2016, but if you break it down on paper this team is built to win now.

The returning veteran Green heads up arguably the most talented receiving corps in the league with the additions of young, explosive playmakers Kenny Stafford and Duron Carter.

The defence has put behind the near departure of Noel Thorpe and should get a major boost with the return of the injured Bear Woods and free agent additions Vaughn Martin and Jovon Johnson.

In the big picture, the Alouettes are a lot closer to being a good team than last year’s results may indicate. 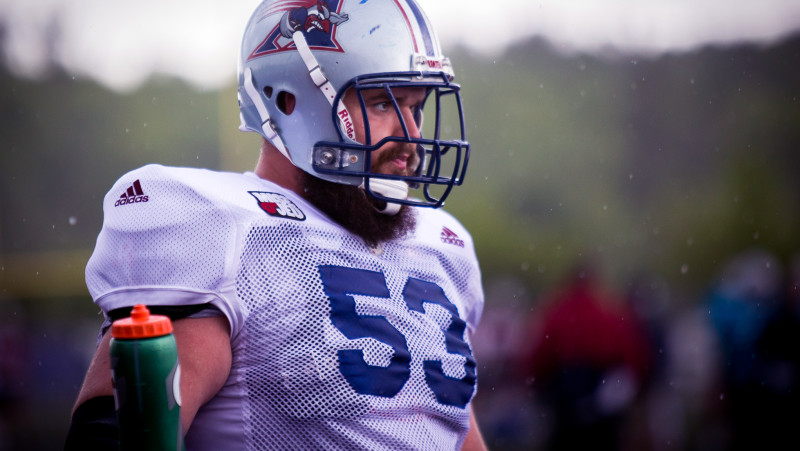 “If you look at the picture, yes, it was probably the worst season in the organization’s history,” acknowledged Brouillette. “We lost a lot of ball games. But if you break it down and take a closer look at it, we were in a lot of ball games where we were in the lead late in the game and then we weren’t able to hang on, or we were losing by four or five points – just tight ball games that we were in.”

“When you’re starting seven, eight quarterbacks throughout the season and you’re bouncing between offensive coordinators and offensive philosophies, it’s difficult to win football games. Just the fact that we were competitive and in a lot of those games is an accomplishment in itself.”

Those concerns are behind the Alouettes now. The biggest question comes on the O-line, where the team has been plagued by injuries, the sudden retirement of Dominic Picard and the departure of all-star tackle Josh Bourke.

Head Coach and General Manager Jim Popp doesn’t believe it’ll be an issue – that the likes of Jacob Ruby and Philippe Gagnon can step in where needed, and the offence won’t just function but will excel under the watchful eyes of Calvillo and Chapdelaine.

If the Als are the CFL’s biggest enigma coming into 2016, the rest of the CFL better be on guard.

“The tools are there,” said Popp. “The consistency of putting points up on the board has not been. We have got as good an offence on paper as anybody in the CFL, and it comes down to actually crossing that goal line and putting the points up and creating turnovers on defence and special teams doing their part.”

“I’ve been in the league long enough to see the ups and downs and the team that’s always picked to win it is not the team to win it,” added Glenn. “We’ve had 8-10 teams winning the Grey Cup, and whoever’s playing very good football at the end of the season and whoever’s healthy is the team that’s going to go into the playoffs and be successful.”

Like Glenn eluded to, that Alouette corvette can sneak up on you fast.

The Alouettes kick off their season on Friday, June 24 with a trip to Winnipeg to take on the Bombers.