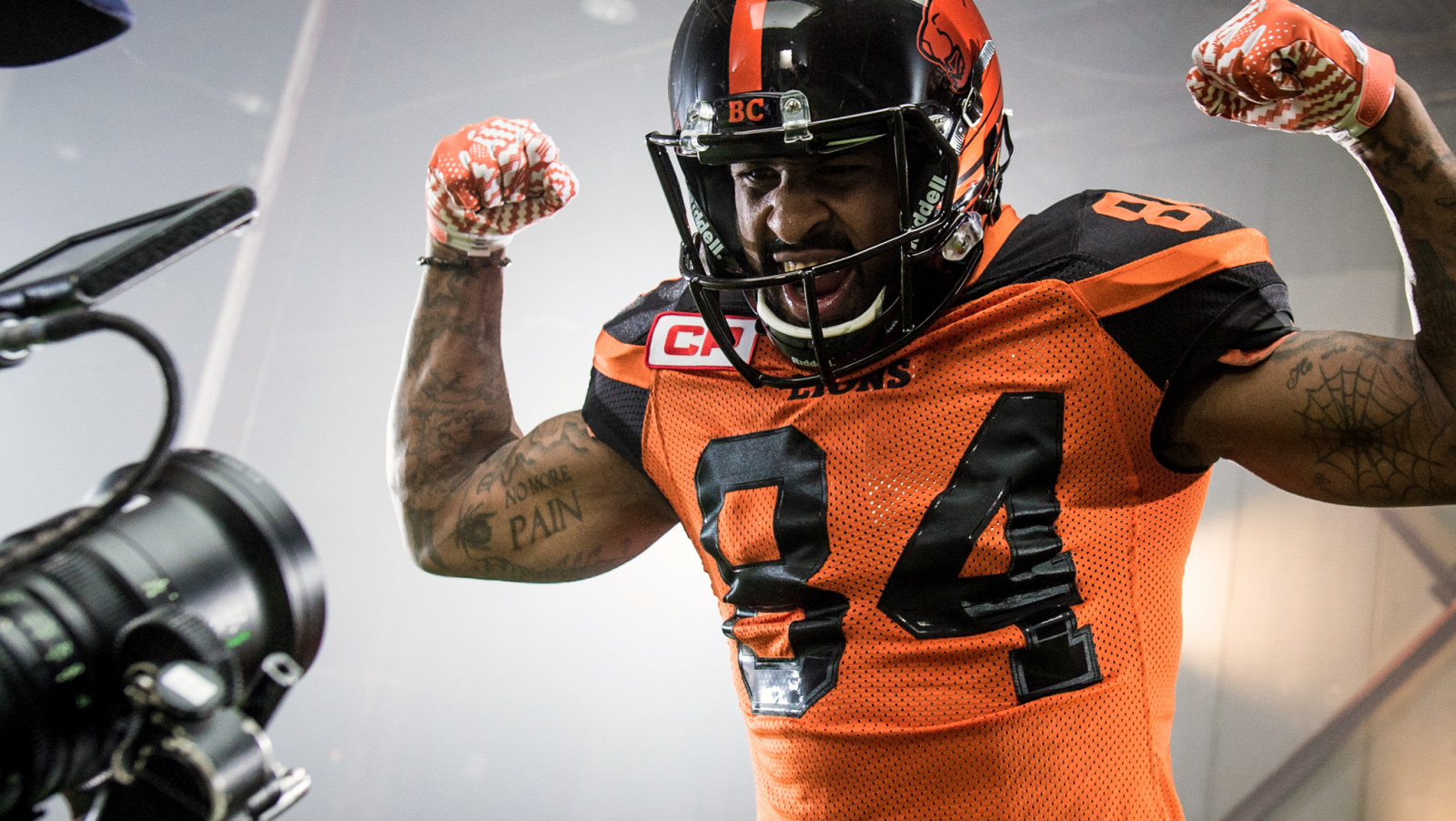 VANCOUVER – What’s old is new again on the west coast.

Wally Buono’s name can be found amidst the coaching shuffle across the CFL West Division this off-season, but while his presence on the sideline may take some getting used to, there’s nothing new about the league’s all-time wins leader to the BC Lions.

The GM-turned-coach says the decision to return to the sideline after Jeff Tedford stepped down was a necessary one.

“I felt that for me to be involved, that had to happen,” said Buono. “Coming back to the sideline for me was something that took me four years to try to come to grips with – how I can be the most effective for the BC Lions?

“For me, that’s how I believe I can be the most effective: being both the head coach and the general manager.” 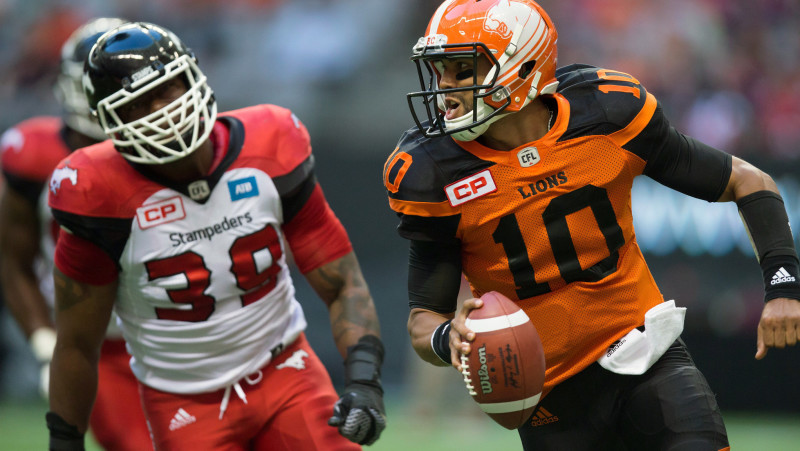 For some, including fans, front office staff and a few veteran players like Ryan Phillips, Solomon Elimimian and Adam Bighill, the Lions’ new bench boss is a new spin on old ideas. Others only knew him as a general manager or maybe less.

Wally’s World is back and some players may be learning the hard way what exactly that entails.

“I hear he’s a guy that’s gonna be really tough on everyone,” said quarterback Jonathon Jennings. Jennings has already gotten a taste of how things will work under Buono, having to earn the starting job despite a breakout 2015 season.

“He’s very into competition, but I think that brings out the best in guys,” added Jennings. “There’s something about that straightforward nature that will make you respect him. He’s telling you like it is.”

It’s something most Lions would agree they needed. Now on their third head coach in three years, the first thing Buono brings to the fold is continuity. Players know him as the general manager and no one’s more familiar with the whole operation than he is.

More than that, though, the punch in the arm might just be what the Lions need to get out of their slump. They currently hold the CFL’s longest active streak of making the playoffs at 19 years, but they haven’t done anything there since Buono’s last year in 2011 when they won the Grey Cup.

The Lions finished 7-11 last season and despite showing some late-season promise bowed out in the Western Semi-Final, 35-9.

“It’s something we need as a team and an organization,” said Elimimian, who’s back in the fold after missing most of last season with a year-ending Achilles injury. “Last year left a bitter taste in our mouths, you just want to get back to that winning tradition that we’ve had.

“I sense that he’s energized, just talking to him whether it’s phone calls or text messages – I can tell he has a vibe about him that he’s anxious to get back on the sideline,” Elimimian added. “He has the energy for it and that’s one thing I’m excited about.”

“It’s something we need as a team and an organization. Last year left a bitter taste in our mouths.”
Adam Bighill 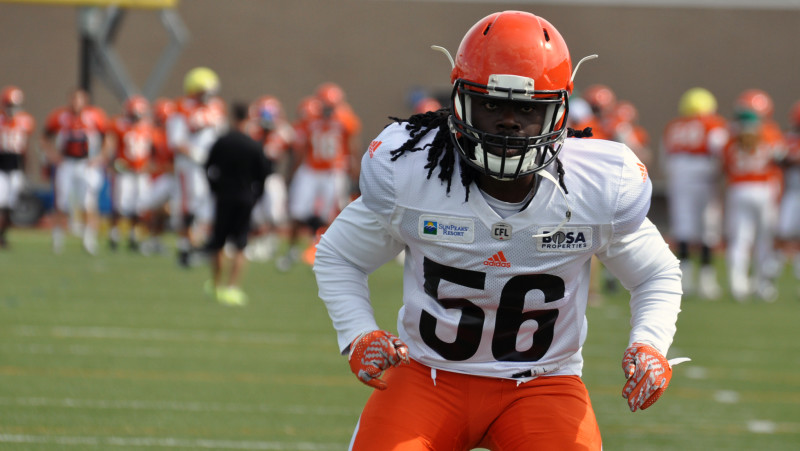 Then there are the younger players, most of whom have only ever known Buono the general manager. While Elimimian says the younger players are curious and excited to play for the league’s all-time leader in wins, Phillips adds that some of them may be in for a wakeup call.

“I feel like he can be that last piece of glue that we need to get this thing back rolling and go back to how we used to be as far as winning 10, 11 games every year. That’s something I expect and I know that’s something he expects from us as well.”

Despite making the playoffs 19 straight seasons, many have tabbed the Lions for a fourth- or fifth-place finish this season. The Bombers and Riders added some big pieces during the off-season while the Eskimos and Stampeders are always tough.

But if a last-place finish isn’t out of the realm of possibility, neither is a first-place finish. Led by the electrifying young quarterback in Jennings, the Lions’ eighth-ranked offence in 2015 (313.0 yards per game) has no shortage of weapons on the offensive side of the ball.

On defence, meanwhile, Team 100 is back in tact as Elimimian returns from injury to join Bighill to form the top linebacker duo in the league. Buono the GM on the other hand spent his off-season injecting new proven talent into the lineup, including  Brandon Stewart and Mike Edem to the defensive backfield and Nick Moore, Anthony Allen, Tim O’Neill and Jeremiah Johnson on offence.

“These are all guys who are good football players who will come in, there’s no learning curve – they fit right in, they know what the CFL’s all about and I believe they have made this football club better,” said Buono.

“I believe, and this is just me, that the BC Lions have improved the most on paper. That’s it.”

Now there’s the matter of going out and proving it. If the Lions are going to hold their ground or better in the ultra-competitive West, it starts with a defence that’s a long way removed from its championship form back in 2011, last season ranking seventh in yards allowed (361.1 per game) while generating only 48 sacks (fifth-best in the league).

Continuity can help that unit as Mark Washington returns as the defensive coordinator, but the Lions will need Elimimian and Bighill to stay healthy.

On offence, meanwhile, Lulay is a solid veteran presence while Jennings provides a ton of hope. He’ll have some big targets to throw to in Moore and Emmanuel Arceneaux but will need to avoid any kind of sophomore slump.

If Jennings can be great, the Lions can be as good as anyone.

“I feel like the best is yet to come for him,” said Phillips, who’s spent 11 seasons going against some of the best — and worst — CFL quarterbacks. “His ceiling is very high.

“Honestly, everything for Jonathon is going to be based on health, and that’s about as far as it goes. His ability to make all of the throws, him being able to use his legs, his IQ, him being able to put velocity on the ball – Jonathon’s able to do all of those things.”

The Lions will get a solid indicator of where they are heading into the season on Saturday night as they open their campaign against the Calgary Stampeders in Vancouver. The Stamps tied for the best record in the league last season at 14-4.