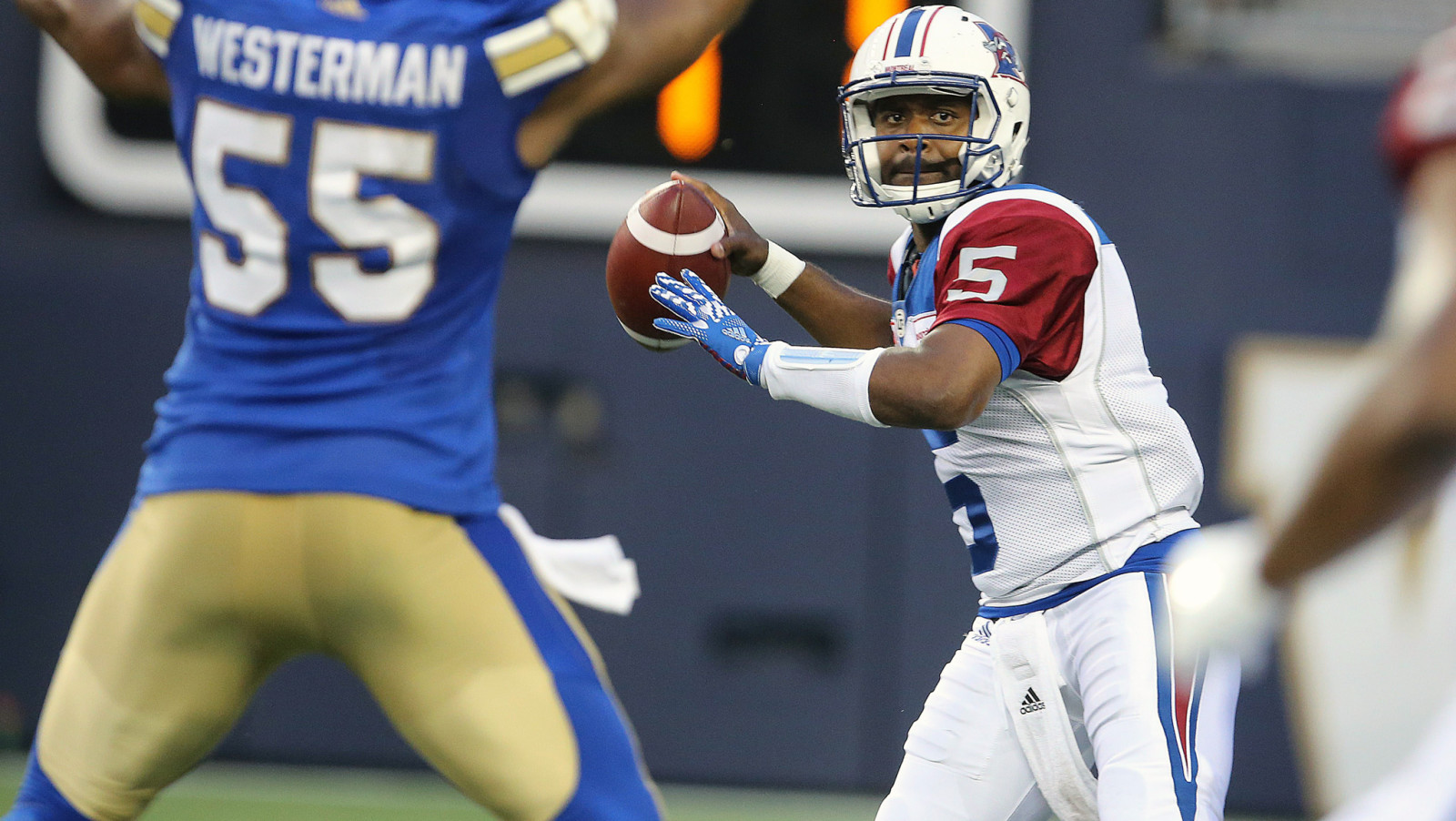 TORONTO — It’s already Week 2 in the CFL and plenty is on the line.

Three teams in the East have a chance to get out to a 2-0 start, including the REDBLACKS and Alouettes who will open the week on Thursday night after defeating West Division teams.

Riders fans have waited until now to see their new-look roster make its debut after opening the season with a bye week. They’ll play the Riders on Thursday night.

On Canada Day another double-header kicks into gear in Hamilton, where the Ticats look to keep the pace in the East with their home-opener against the BC Lions, also coming off a Week 1 victory.

Finally, the Stampeders and Blue Bombers should have plenty of urgency when they finish off Week 2 action on Friday night in Calgary, as both Drew Willy and Bo Levi Mitchell look to guide their teams to win number one of 2016.

From Trevor Harris making his first start as a REDBLACK to Chris Jones coaching his first as a Rider, we’ve got all the most up-to-date storylines, stats, milestones and trends you need heading into the second week on the CFL 2016 regular season calendar. 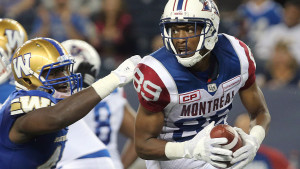 Lewis climbs the list: Als receiver Nik Lewis’ 51 receiving yards against Winnipeg took him over the 12,000-yard mark, moved him past Derrell Mitchell and into ninth on the all-time receiving list and moved him within 322 yards of Don Narcisse and eighth place.

Quick sixes for Hazelton: Toronto’s Vidal Hazelton scored touchdowns 46 seconds apart – the quickest back to back TDs since at least 1989, when the league started keeping detailed records on the accomplishment. .

Ray for 53K: If Ricky Ray passes for 262 yards on Thursday night, he will reach 53,000 yards in his career. He currently sits at fifth all-time, just 517 yards behind Danny McManus and fourth place.

Dynamic duo: Ottawa quarterbacks each passed for more than 250 yards in the REDBLACKS’ opening win, as Henry Burris had 251 and Trevor Harris had 292.

More overtime in 2016? Ottawa’s overtime victory in just the third game of the season begs the question: might we see more overtime? Five CFL games went to OT last year – the most since 2010. From 2011 to 2014, the CFL saw only one OT game in each season. The last time an opening week game went to overtime was July 1, 2010 in Saskatchewan when the Riders beat Montreal 54-51 in a classic.

Running into a wall: Hamilton’s defence held the Argos to a single rushing yard on seven attempts last week – their lowest rushing total since the Argos had zero rushing yards on eight attempts against Montreal on Nov. 7, 2009, and the lowest by any CFL club since Edmonton was held to minus-one yard rushing by Montreal on Aug. 11, 2011.

Welcome to the CFL: In Edmonton, Alan Eck became the first NFL official to work a CFL regular season game as part of the NFL / CFL Officiating Development Program exchange.

A FAREWELL TO MOSAIC 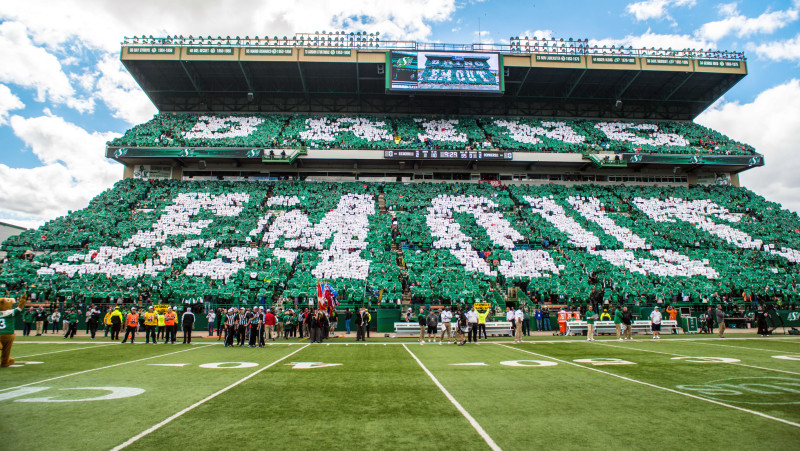 Mosaic Stadium has seen it all over the years, and now it’s in its last season (Arthur Ward/CFL.ca)

An historic farewell: The Saskatchewan Roughriders, coming off a Week 1 bye, launch their final season at Mosaic Stadium on Thursday when they host the Toronto Argonauts.

Engraved on a nation: That site has hosted 602 games – the largest number in CFL history. The field there opened in 1910 with the first grandstand added in 1936, when the old Western Interprovincial Football Union was founded.

Since 2000, the Roughriders are 12-4 in their home openers at Mosaic Stadium.

Ottawa sweep in 2015: Part of Ottawa’s turnaround last year came at the expense of the Alouettes. Ottawa won all three games in the season series including two wins by four points or fewer. That was the exact opposite from 2014 when Montreal swept the season series.

Alouette air show: It looks the Als may be throwing the ball a lot more under the guidance of Anthony Calvillo. Last week they attempted 42 passes and ran off 65 offensive plays. Last year Montreal threw more than 40 pass attempts in a game only once all season long (44 on Oct. 18 vs Hamilton).

Start streak snapped: A pinky finger injury to Henry Burris will snap a streak of 73 consecutive starts for the veteran quarterback, including 37 straight with the REDBLACKS. His last missed start came at the end of the 2011 season for Calgary.

45 points/530 yards: The REDBLACKS led the entire CFL last week in both scoring and net offence. They rolled up 299 yards, three offensive TD drives and 31 points after half-time. Ottawa tallied 543 passing yards, including an incredible 267 yards after the catch – more YAC than they have ever had in a game before.

Close losses: Saskatchewan came close on so many occasions in 2015 but fell to 0-7 in games decided by four points or fewer. Those seven losses were almost as many in the previous FOUR years combined (eight, 7-8 overall in those close games).

Leading after Q3: Last year the Riders put themselves in a position to win seven times heading into the fourth Quarter but managed only a 2-5 record in those games. Yet another measure of how close they were in 2015 to a much better W-L record.

Lirim Hajrullahu: Started his Argos career by making both of his FG attempts and both were from 40-plus yards (40, 51).

Hamilton offence: The Ticats’ offence produced four straight scoring drives in the first half last week against Toronto (three FGs and a TD to take an 18-0 lead). They ran off two consecutive TD drives in the second half to seal the game.