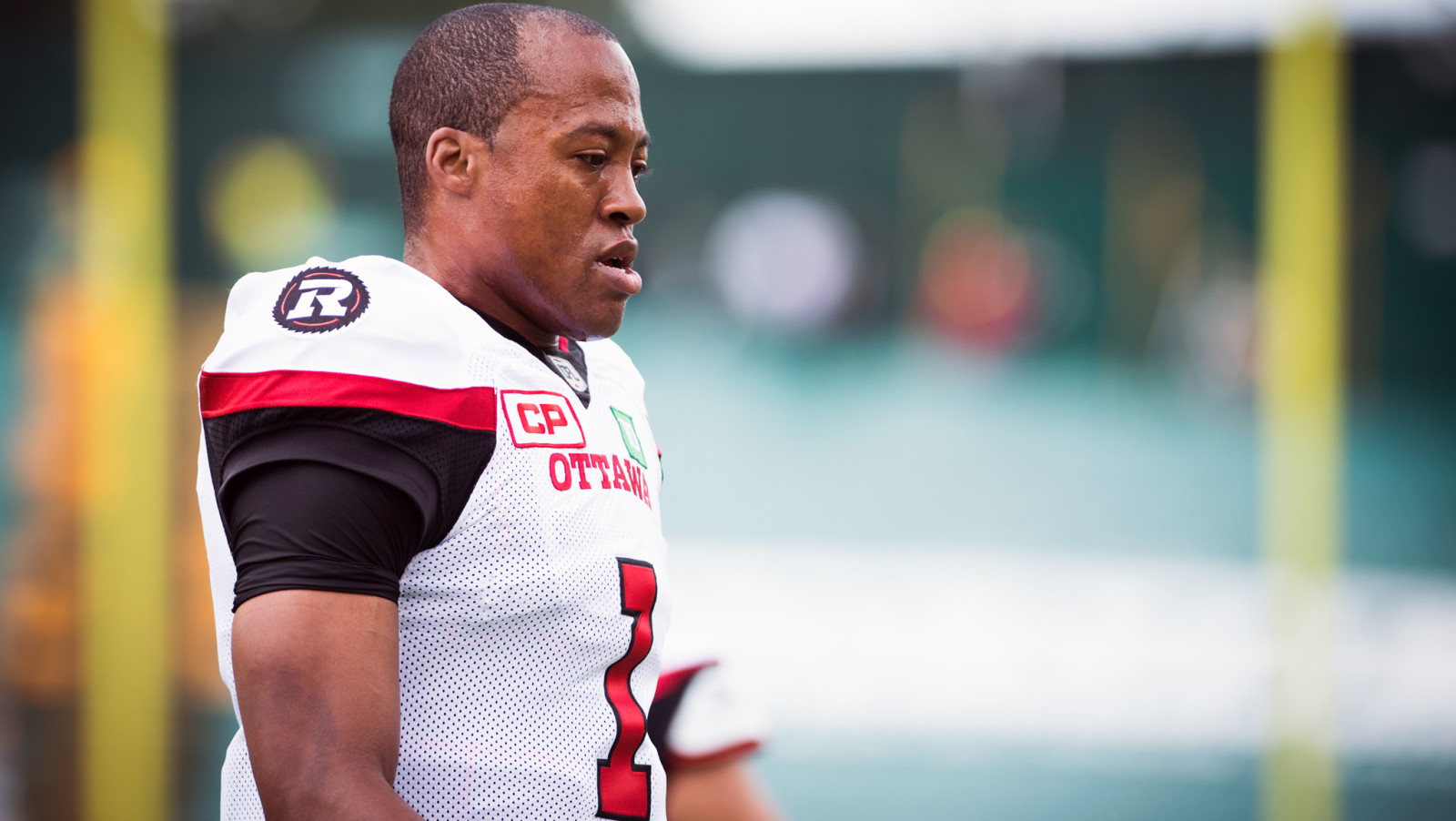 OTTAWA — The Ottawa REDBLACKS have placed Henry Burris on the six-game injured list, according to TSN 1200‘s AJ Jakubec.

Burris left Saturday night’s 43-37 win over the Edmonton Eskimos in the third quarter after injuring the pinky finger on his throwing hand:

Jakubec added that Burris’s timeline appears to be four to six weeks.

The 2015 Most Outstanding Player, Burris was first placed on the one-game injured list on Monday when the REDBLACKS confirmed that Trevor Harris would start the team’s Week 2 matchup with the Montreal Alouettes.

After Burris threw for 251 yards, one touchdown pass and an interception on 23-of-31 attempts vs. the Eskimos, Harris picked up from there, throwing for 292 yards and three touchdowns on 17-of-19 passing.

Harris was acquired as a free agent by the REDBLACKS after leading the CFL in touchdown passes with the Toronto Argonauts a season ago. In leading his team to a dramatic overtime win in the Grey Cup rematch, it didn’t take long for one of the CFL’s biggest insurance policies to pay off in the first week of the 2016 season.

Campbell has reiterated that Burris, when healthy, is his starting quarterback. But for now the REDBLACKS will be Harris’s team.

The REDBLACKS will look to start 2-0 on Thursday in Montreal against the 1-0 Alouettes.