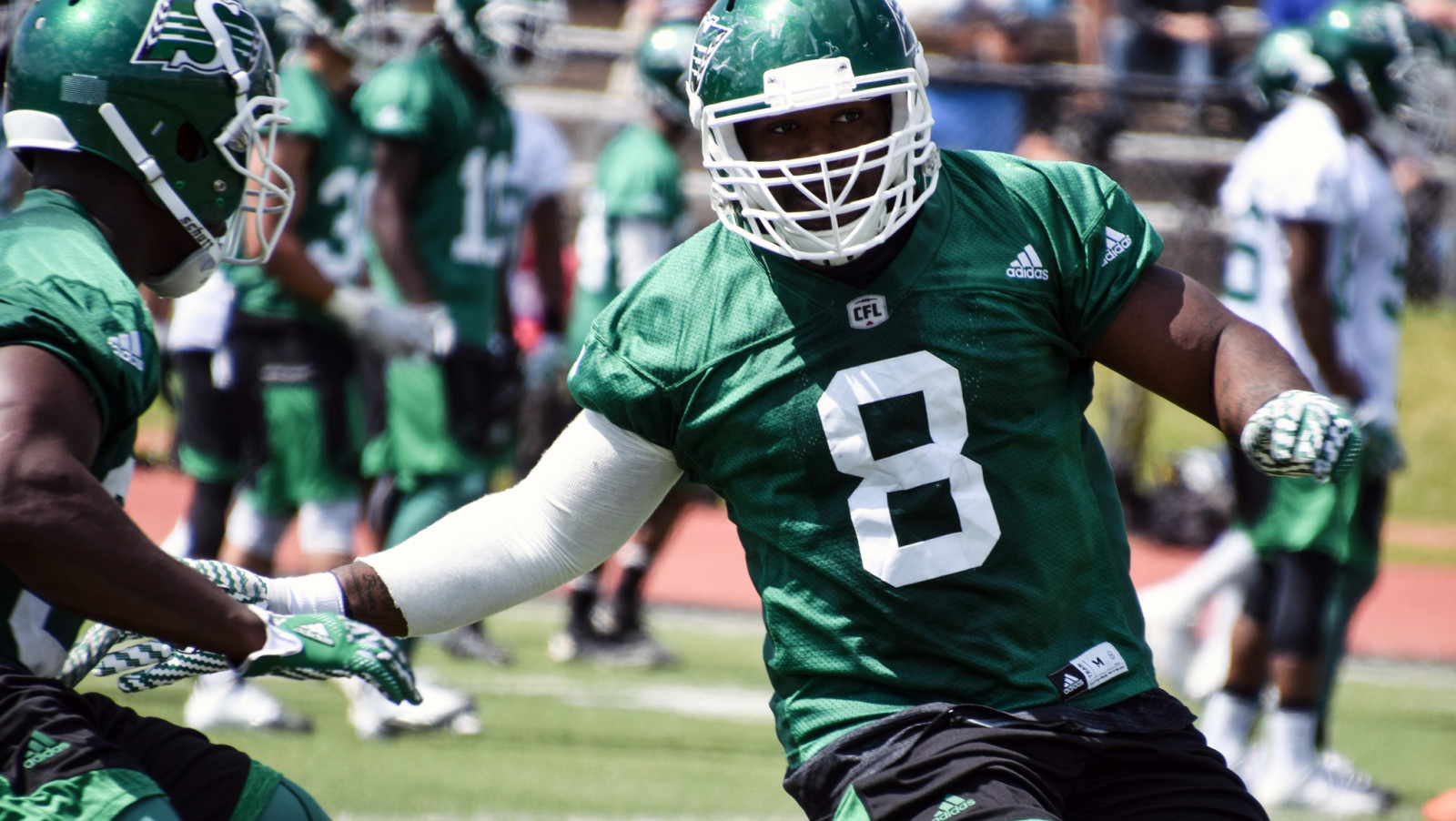 REGINA — According to the Calgary Sun‘s Scott Mitchell, Riders defensive end Shawn Lemon has requested a trade and his former team Calgary is a potential destination.

Lemon was listed third on the Riders’ position chart at defensive end and, according to multiple sources, has not been a fit for Head Coach Chris Jones’ scheme.

Mitchell tweeted the report of the trade request Friday afternoon.

The 27-year-old Lemon was a big-name signing for the Riders this off-season, joining the team not long after the release of John Chick. Also a former Stampeder and Eskimo, Lemon joined the REDBLACKS midway through last season and recorded six sacks in nine games during the team’s run to an appearance in the 103rd Grey Cup.

He was used sparingly during Thursday night’s 30-17 loss to the Argos in the Riders’ season-opener, recording a forced fumble while failing to record a tackle.

Lemon is in his sixth CFL season and has recorded 28 sacks and 13 forced fumbles over 47 career games. He won a Grey Cup with Calgary in 2014, a career year for him in which he recorded 13 sacks, eight forced fumbles and an interception in 18 regular season games.

Mitchell says the Stamps’ interest at this point is exploratory.

Stamps' interest in Shawn Lemon is exploratory at this point, per source. Lots of obstacles in the way, including $$$. #CFL

The Riders are in action again on Friday, July 8, when Jones visits his former team in a road matchup with the 0-1 Edmonton Eskimos.