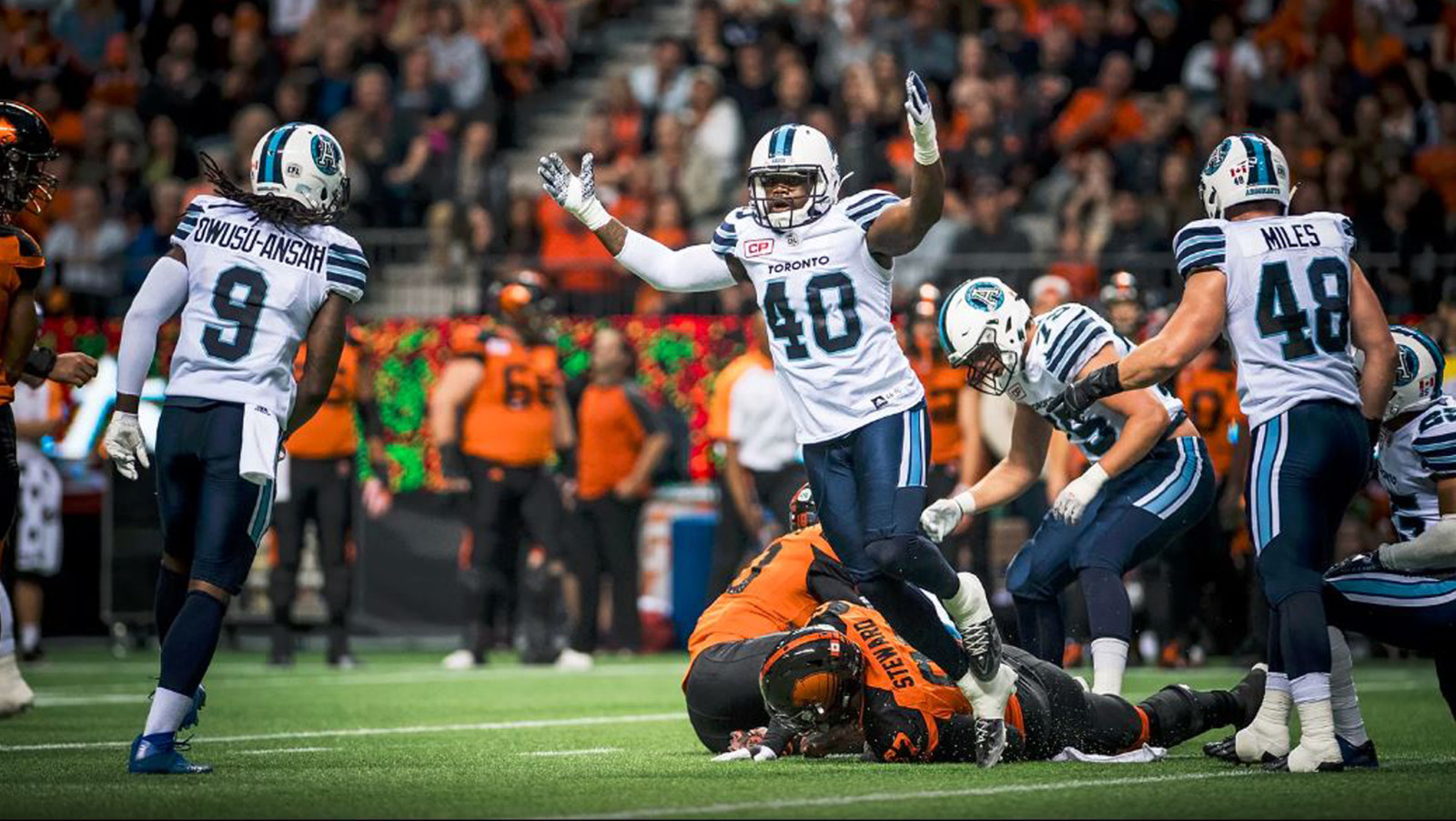 Winnipeg Blue Bombers linebacker Khalil Bass was fined for an unnecessary hit to a vulnerable player (C.J. Gable) in the game against the Hamilton Tiger-Cats.

Toronto Argonaut Shawn Lemon was fined for a low hit to BC Lions quarterback Travis Lulay in Thursday’s game.

Calgary Stampeder Alex Singleton was fined for a hit to the head of Ottawa REDBLACKS quarterback Trevor Harris.