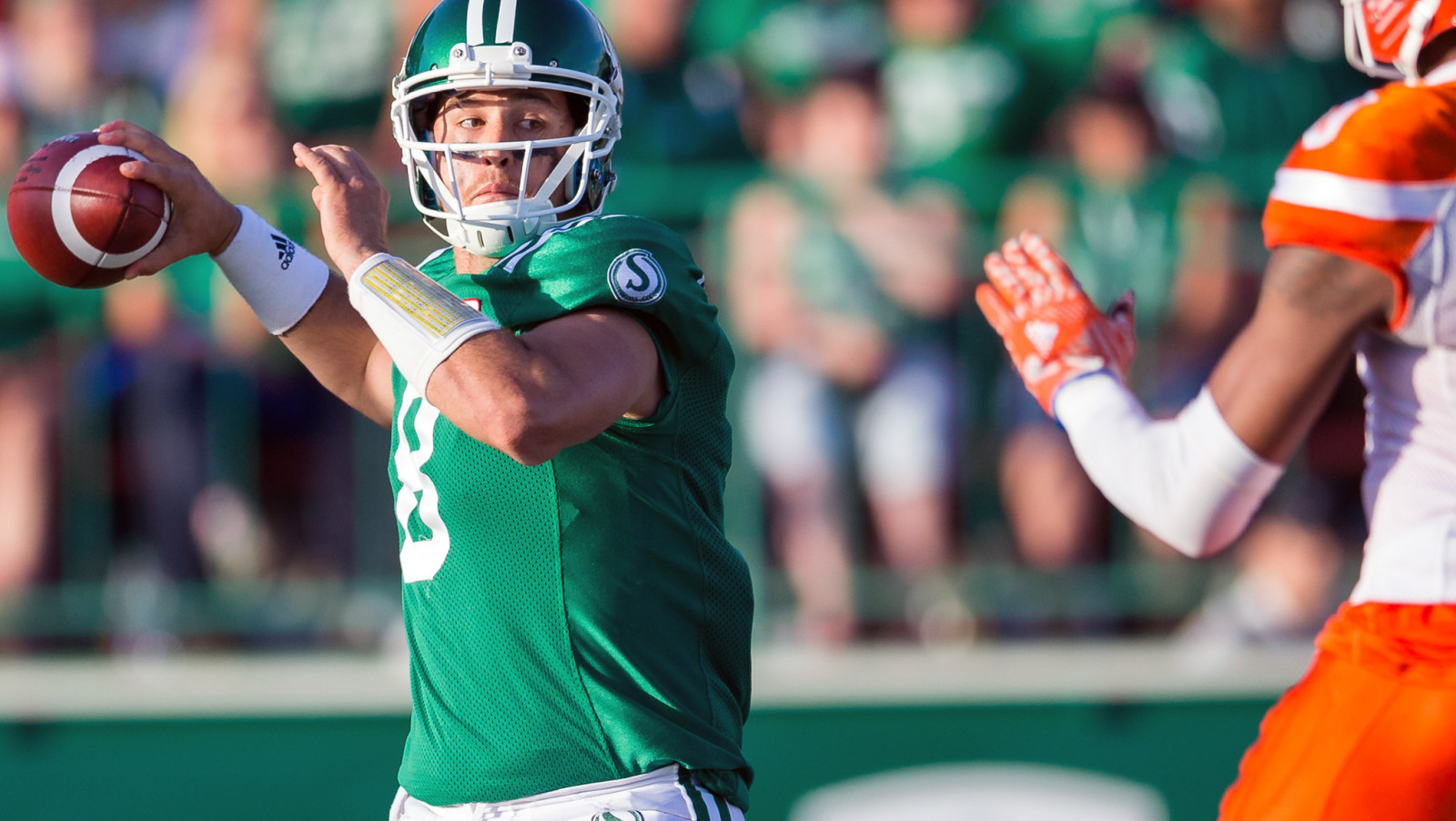 REGINA — It appears Mitchell Gale will be right back in the Riders’ huddle on Friday night, as Head Coach and General Manager Chris Jones has told CTV’s Lee Jones that Gale will start vs. the REDBLACKS.

The Riders bench boss confirmed the news a day after saying it’s highly unlikely Darian Durant will play in Week 5, as the veteran pivot continues to heal from an ankle injury that sidelined him during a 40-27 Week 4 loss to the BC Lions.

That means after getting his first action as a Rider last weekend, Gale will get another shot to show what he’s capable of.

The Riders acquired Gale, the 26-year-old now in his fourth CFL season, from the Argos on July 2 in the trade involving Shawn Lemon. Gale threw for 247 yards and a touchdown on 17-of-30 passing, but couldn’t do enough to help the Riders fall to 0-3 following the loss.

Durant, meanwhile, was an active participant at practice this week but the Riders are going to play it safe with their franchise quarterback.

The 33-year-old was seen limping into the Riders’ locker-room after exiting the second quarter vs. BC on Saturday, but not before throwing a touchdown pass to Rob Bagg on the injured ankle to put the Riders in the driver’s seat. Durant went 7-for-10 with 104 yards and a touchdown in just over a quarter of action, continuing his sterling start to the 2016 season in which he’s now thrown six touchdown passes and zero interceptions.

An understudy to Ricky Ray and offensive-minded head coach Scott Milanovich, who’s credited with the development of Zach Collaros and Trevor Harris, Gale is a native of Alva, Okla. and a graduate of Albilene Christian. The 6-foot-2, 225-pound pivot spent his first three years with the Argos before joining the Ticats part way through 2015.

He re-joined the Argos in pre-season this year until being traded to Saskatchewan.