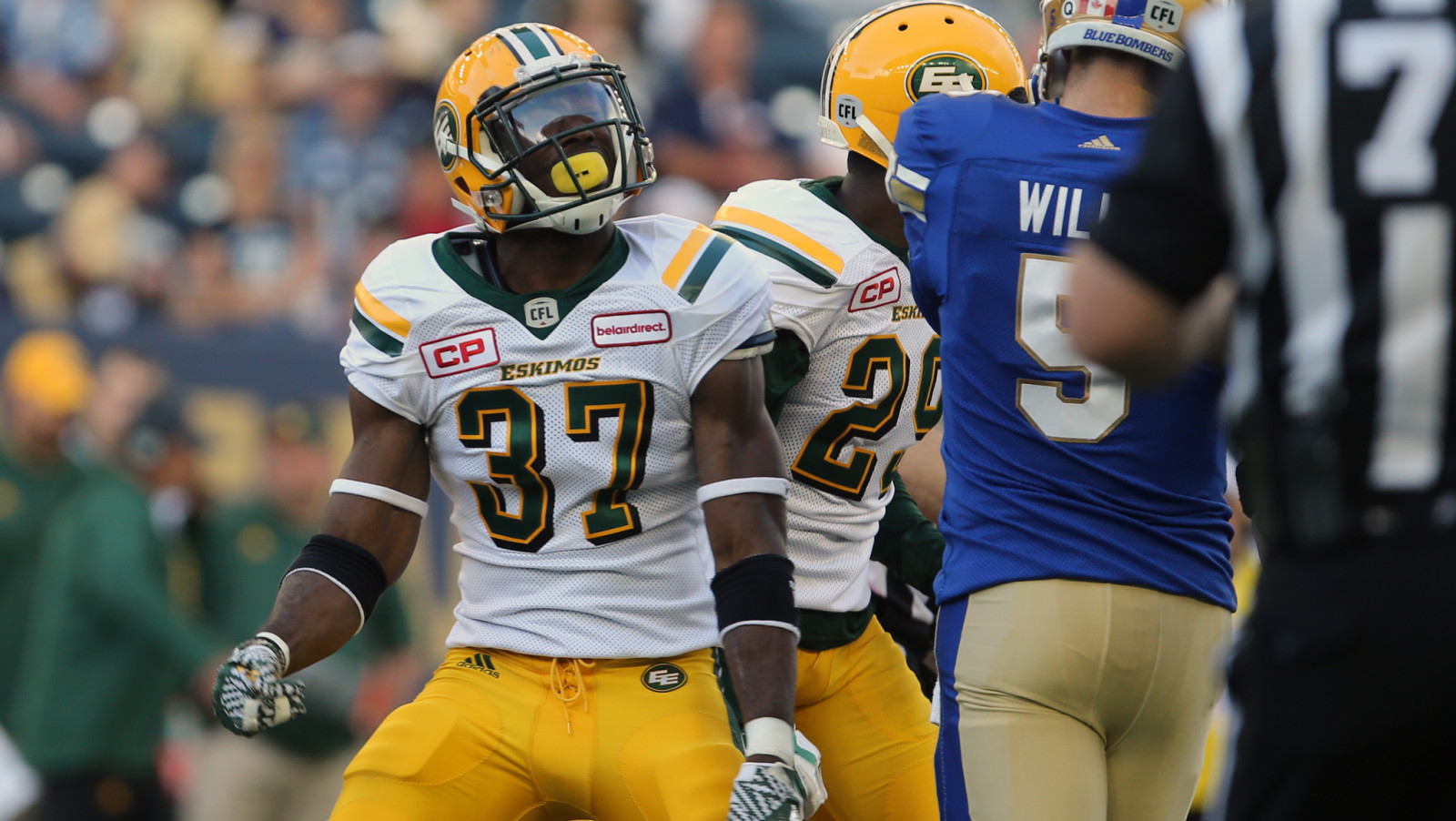 Every year in the Canadian Football League unknown names come to training camp, earn a roster spot and seemingly come out of nowhere to establish themselves as legitimate players in the three-down league.

A player can be eligible for the Most Outstanding Rookie award if he has never played in a regular season NFL or CFL game.

In the first edition of the rookie report for 2016 let’s see which first-year pros have made a strong impression to begin the season.

The University of Buffalo grad has started five games at right tackle for the best offence on the East Division. That was an important spot to fill after Colin Kelly performed well in 2015, which earned him a contract with the San Francisco 49ers. 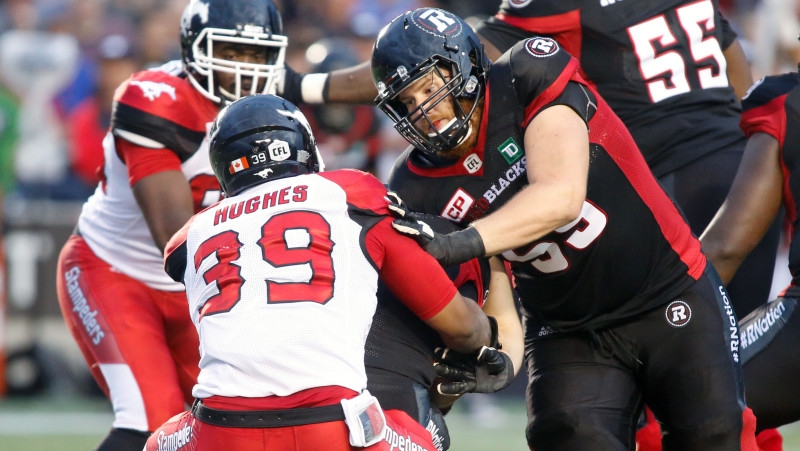 It’s easy to see Eguavoen on the football field because he’s normally around the football. The Texas Tech product beat out Jeff Knox Jr., who had 114 tackles and was named a West Division All-Star in 2015, for the starting weak side linebacker job.

After being released by Winnipeg in May, Collins signed on with Saskatchewan and he’s made an impact with the Riders. The 24-year-old pass catcher has 15 receptions on 22 targets for 294 yards with one touchdown, and recorded three explosive plays that have gone for 30 or more yards. 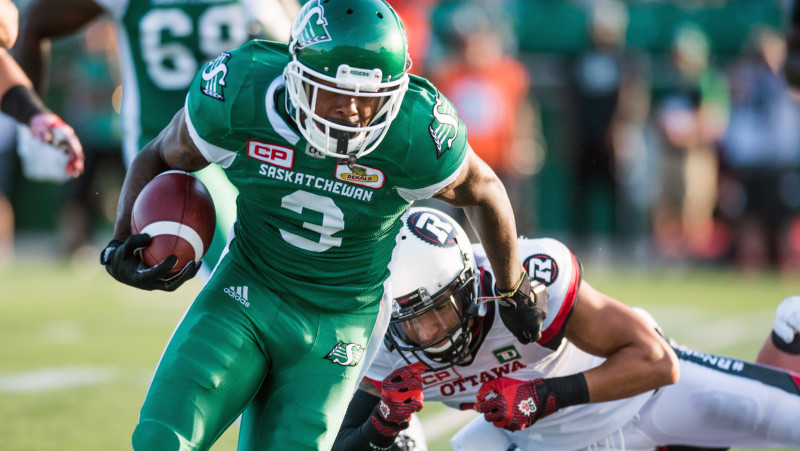 Ricky Collins Jr. has emerged as a top receiving option for the Riders (Matt Smith/CFL.ca)

Despite struggling at times, Gagnon has started four games at right guard for Montreal and held up fairly well considering he’s fresh out of the CIS.

Winnipeg has gone young at a few spots in the secondary and Fogg has stood out with his ball skills and adds a return ability. He’s made three starts at weak side corner and two at boundary halfback, recording 28 tackles and one athletic interception on defence. On returns he’s gained 124 yards on seven combined punt and kick returns, including a 72-yard burst that should’ve been longer and gone for a touchdown, but it was partially called back due to a Shayon Green penalty. 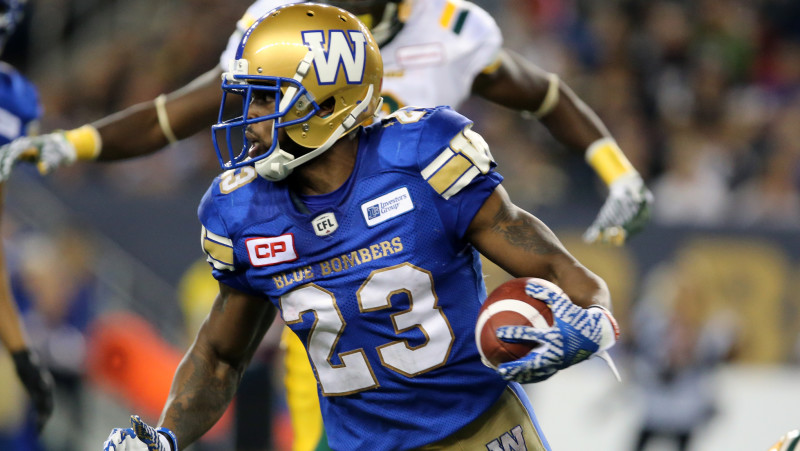 Considering Ladler is learning on the fly playing the toughest position on defence – strong side linebacker – in the CFL, the first-year CFLer has displayed some promise. Eskimos defensive coordinator Mike Benevides speaks very highly of the 6-foot-1, 207-pounder’s capabilities.

Saskatchewan gave up a third round choice in the 2017 CFL Draft to nab the Toronto native. Francis played receiver at North Carolina A&T, but the Riders switched him to defence and he’s started four games at free safety. He’s been integral for Saskatchewan as a national so far.

A thick, reliable target, Davis provides a dependable option across the middle. He’s produced 26 receptions on 35 targets for 264 yards and one touchdown in five games. 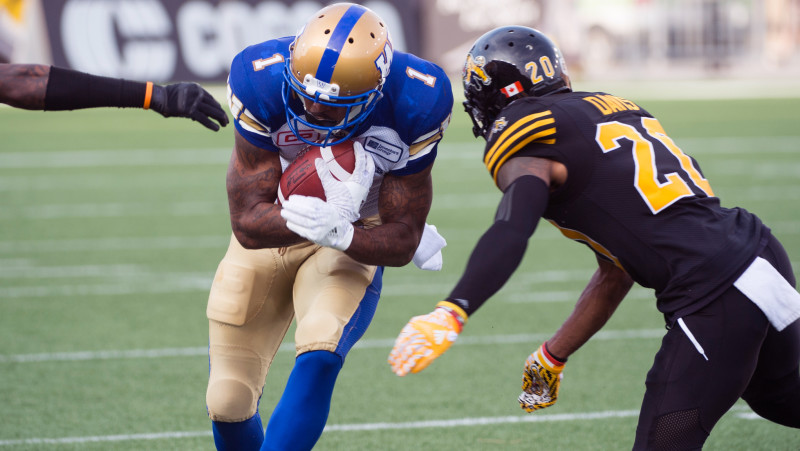 Injuries early in the season have opened the door for Jace Davis of the Bombers (Matt Smith/CFL.ca)

Calgary was surprised to see the Canadian defensive stopper slide to them at No. 6 overall in the 2016 CFL Draft. The Stamps thought Singleton might need some development time, but an injury to International linebacker Tank Reed thrust the Canuck into the starting lineup in Week 5.

There’s some heavy competition for the No. 10 spot on the list, but for now it goes to the man who made the biggest play of the Bombers season so far. Hubbard sacked Jeremiah Masoli, stripped the ball from him and recovered it with Hamilton driving for a possible win in the dying seconds in Week 3. That sealed Winnipeg’s only victory of the season. Plus, he’s the starting end opposite Jamaal Westerman on the Bombers’ defensive line at the moment.