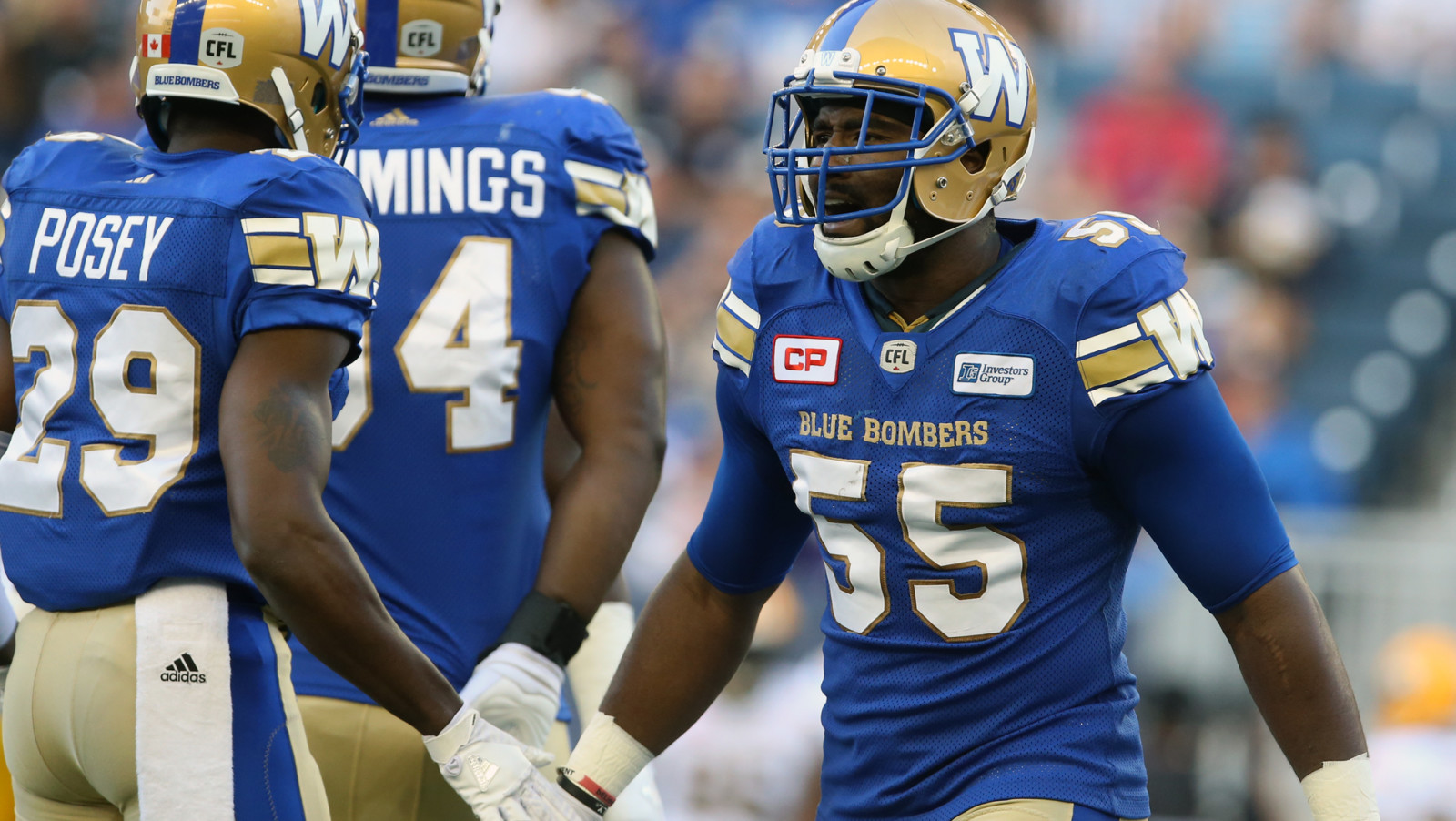 Westerman, last year second in the CFL for the most sacks only to John Bowman,  was fined for a for an unnecessary hit to a vulnerable player (Bo Levi Mitchell) in the game against the Calgary Stampeders.

Saskatchewan Roughrider Leonard, this year a defensive end after converting from receiver, was fined for a hit to the head of Ottawa REDBLACKS quarterback Brock Jensen.