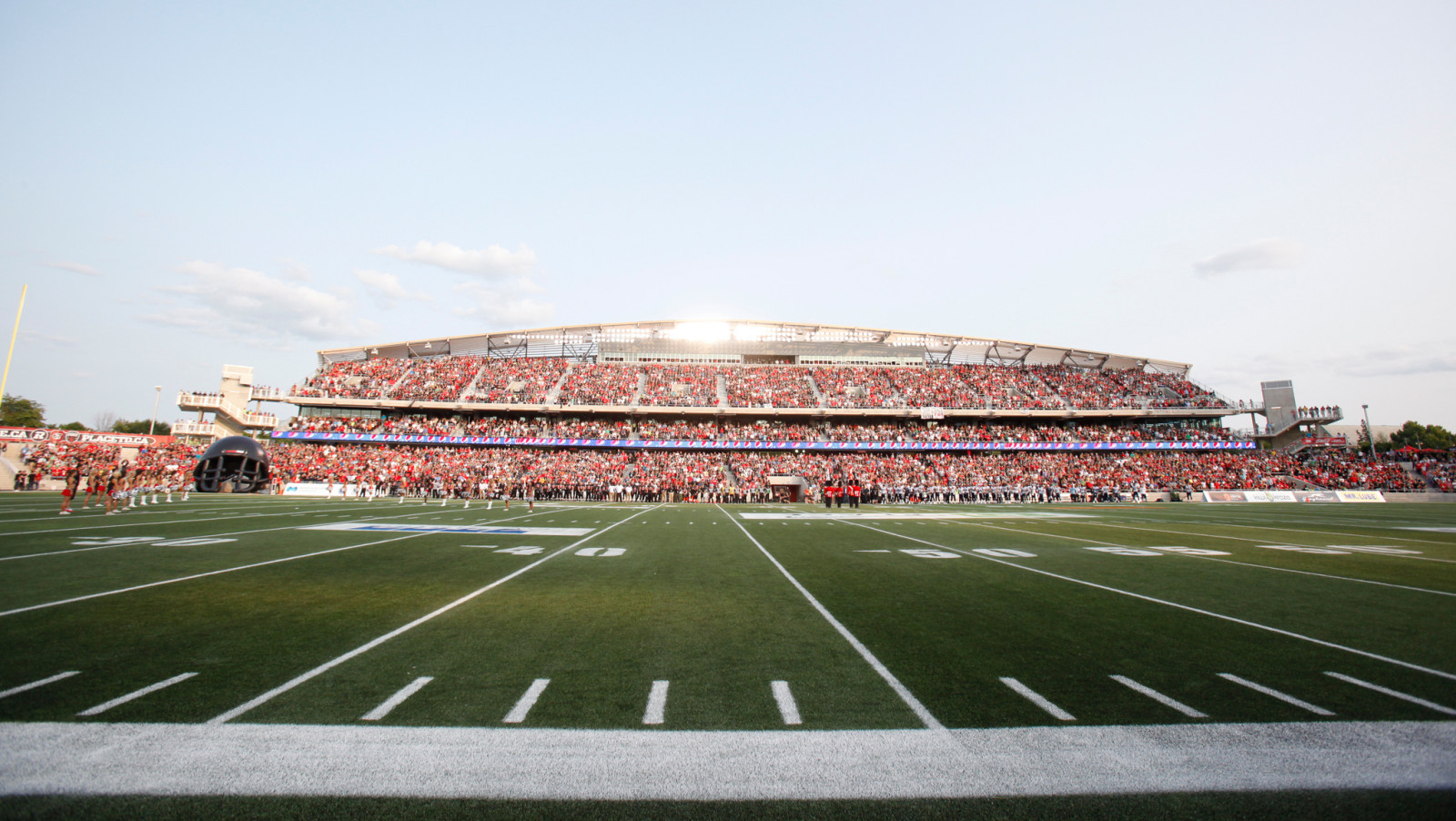 “It’s going to be very special for our fans and our league and, most of all, our country.”

The annual championship game of the CFL, the Grey Cup presented by Shaw will be played at TD Place Stadium at Lansdowne Park on Sunday, November 26, 2017.

“Take care of this, it’s Canada’s ?” – @JustinTrudeau
The #GreyCup is coming to the Nation’s Capital! #CFLhttps://t.co/FutYzTLVVD

“We are thrilled to host the 2017 Grey Cup and cap off a year of Canada 150 celebrations in the nation’s capital,” said Jeff Hunt, President of OSEG, the Ottawa REDBLACKS’ parent company.

“I’d like to thank the CFL Board of Governors and Commissioner Orridge for giving us this amazing opportunity and I promise CFL fans across the country that we’ll put on a great show and welcome them to Ottawa with open arms.”

Canada’s largest single-day sporting event, the Grey Cup presented by Shaw is also one of the country’s biggest celebrations and most cherished traditions. 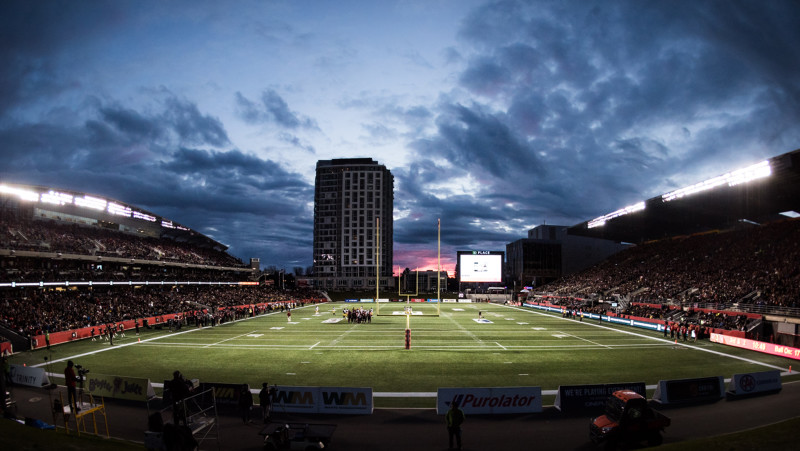 The game attracts a massive television audience: usually 1 out of every 3 Canadians watches at least part of the game. And it is preceded by a multiday festival hosted by the local team. Canadians from every corner of the country travel to the host city for a massive celebration.

Together, the game and festival represent a significant opportunity. The total economic activity generated by the 100th Grey Cup in Toronto in 2012 was more than $133 million throughout the province of Ontario, with $94.7 million occurring in the city of Toronto according to the Canadian Sport Tourism Alliance. Other Grey Cups have reported economic activity in the range of $100 million.

“The Grey Cup game and festival are iconic national events that provide a tremendous boost to the local economy, but more than that, they bring our nation together,” said Ottawa Mayor Jim Watson.

“Whether you watch the game on television or online, or experience the thrill in person, you’re experiencing the latest chapter in a Canadian cultural event that has brought Canadians from coast to coast to coast together for over 100 years. Our community is delighted that the Grey Cup is coming back to Ottawa as a crown jewel of our 2017 celebrations.” 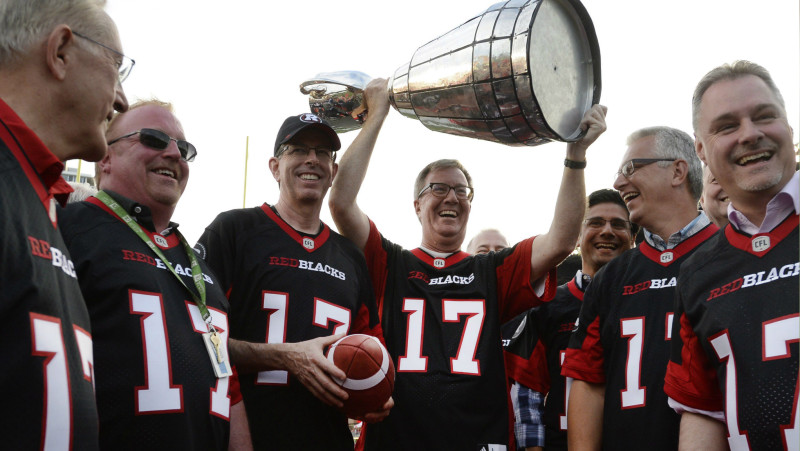 The Mayor of Ottawa, Jim Watson, raises the Grey Cup as Ottawa is announced as the host of the 105th Grey Cup presented by Shaw. (Justin Tang/THE CANADIAN PRESS)

The awarding of the 105th Grey Cup presented by Shaw to the city of Ottawa and the REDBLACKS is another chapter in the success story that is the CFL’s newest franchise.

Since the REDBLACKS’ debut in 2014, the return of professional football to Ottawa has been highlighted by sellout crowds, a berth in the Grey Cup game a year ago, and a 3-1-1 start this season.

“Just as we are looking forward to this year’s Grey Cup in Toronto this November with excitement, we are confident that the 105th Grey Cup presented by Shaw here in Ottawa in 2017 will make Canadians everywhere proud,” Orridge said.