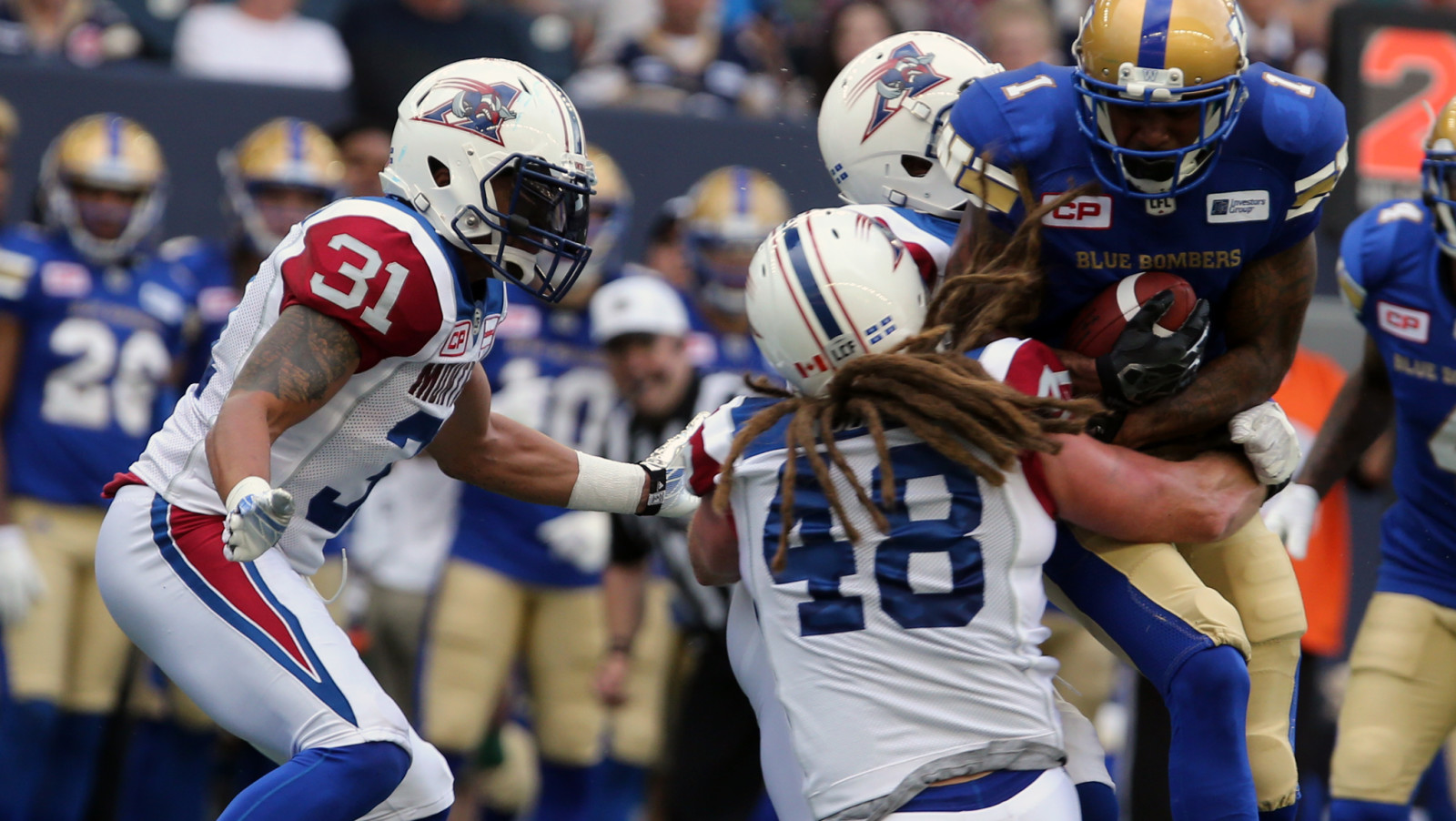 TORONTO — Four players have been fined for their actions during Week 7 play, the CFL announced Thursday, along with three others for incidents in Week 6.

Grant, in his first year as a receiver for the Stampeders, was fined for a dangerous block on Saskatchewan Roughrider Greg Jones.

Two Bombers, Sukh Chungh and Ian Wild, were fined for separate incidents in a win over the Eskimos: Chungh for a tourist hit on Esks defensive back Cord Parks and Wild for a hit to the head of quarterback Reilly. Chungh was fined a second time for an unnecessary hit to a vulnerable player (Odell Willis).