Berg vs. Ferg: Has Henry Burris reached the end of the line? 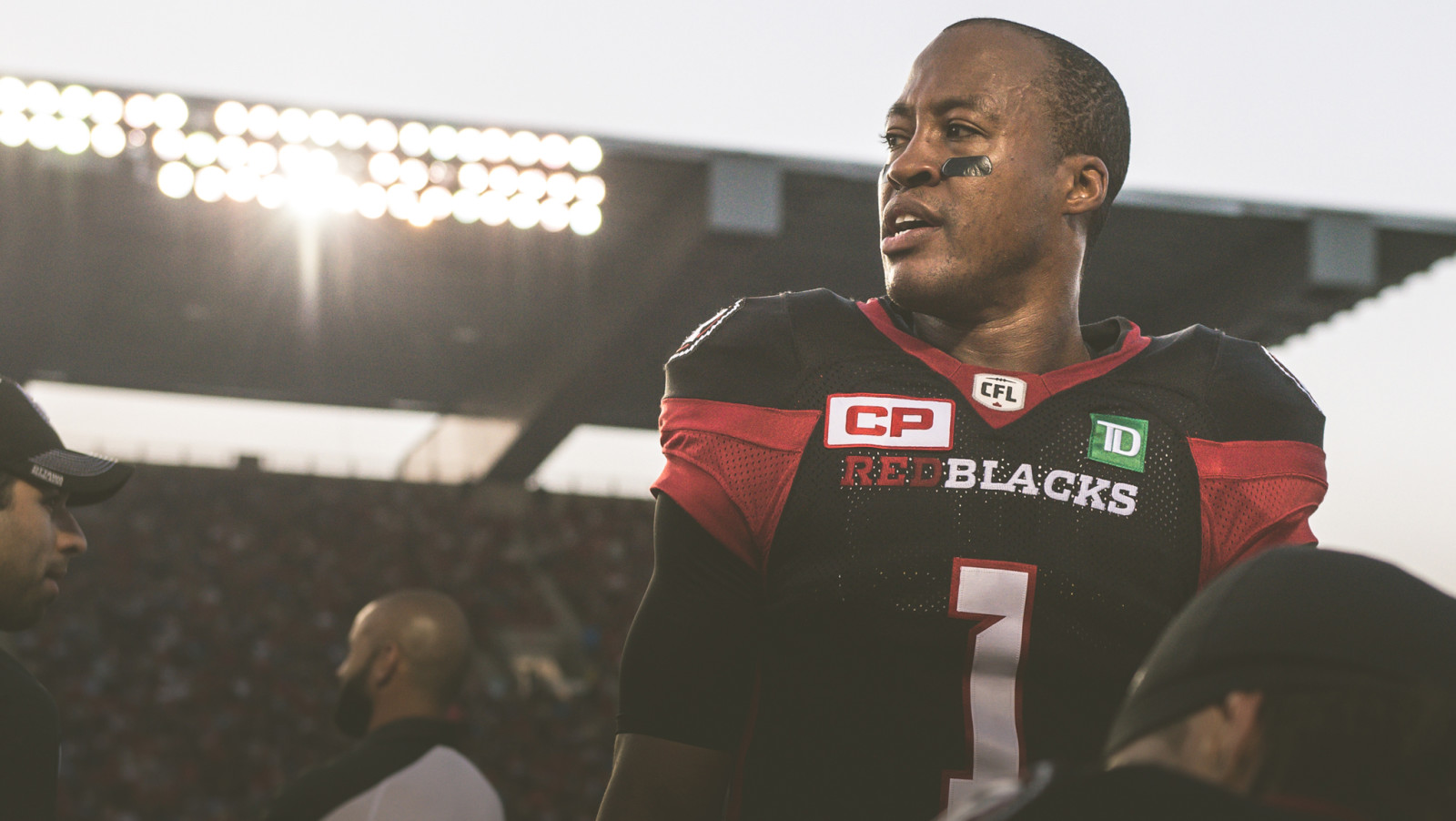 Berg vs. Ferg: Has Henry Burris reached the end of the line?

Every week of the 2016 season, CFL.ca columnists Pat Steinberg and Marshall Ferguson will debate over one of the league’s most contentious storylines. In Week 10 we ask the question: with Trevor Harris taking over in Ottawa, has Henry Burris reached the end of the line in his career as a starting quarterback?

Both Pat Steinberg and Marshall Ferguson along with many others agree that the Ottawa REDBLACKS have made the right move switching to the now-healthy Trevor Harris at quarterback. What they don’t agree on is what’s next for Henry Burris.

The 41-year-old future Hall of Famer is coming off a career year in which he won Most Outstanding Player, but has age finally caught up to him? That’s the debate, and it’s warranted given the fact that Burris’ numbers are down this season yet at the same time he’s still shown he can be productive as well.

Whether Harris can stay healthy or Burris gets to play again this year is a separate issue on its own, but what’s clear in the nation’s capital as that Harris is the future. What happens next is totally unknown at this point, especially if the gunslinger in Burris believes he can still play at a high level.

Is Henry Burris reaching the end of his long illustrious career, or does he still have some meaningful contributions on the field left in him? Steinberg and Ferguson debate in the latest Berg vs. Ferg.

FERG (4-1): AGE HAS FINALLY CAUGHT UP TO HENRY BURRIS

For 18 seasons Henry Burris has displayed his talents in the Canadian Football League. He has changed based on needs, style of offence and offensive coaching staffs, but blossomed into a playmaker almost anywhere he went.

As the saying goes, every rose has its thorn. Burris’ thorn has always been his at times unrealistic belief in his arm. Most coaches will tell you that is a required component in a franchise quarterback. That might be true. It certainly was for Burris when he hit Greg Ellingson with a wide-side bomb to beat Hamilton in the 2015 Eastern Final.

However, that same arm strength doomed him to a high number of turnovers in Saskatchewan, Calgary, and Hamilton. All which landed him in Ottawa where that never dying gunslinger mentality has met a challenger more relentless than any linebacker in CFL history.

Smiling Hank won the MOP last year; he should be given every chance to find his game.. is what common football rhetoric and a thirty team league concept would suggest.

The REDBLACKS need a jolt. Simply put, Trevor Harris gave them that jump earlier this season when Burris went down with a hand injury. He will get spot duty here and there in cleanup or blowout situations, but I believe he has finally hit the wall every professional athlete inevitably faces.

It is easy to look at a piece of paper with an age listed on it and hear the man claiming that age has been benched and say, “wow, the game has really passed him by”. I say Burris is done not on face value but on the mechanics of his play in 2016.

Burris’ arm is strong as ever but his pocket movement and trademark quick release seemed to have faltered. The same can not be said for Trevor Harris.

There is a reason Harris was brought to Ottawa: to start and lead the Ottawa REDBLACKS to the Grey Cup sooner rather than later. I’m not sure anyone thought it would happen before Burris retired but the CFL plays quarterback Russian roulette more than most.

BERG (1-4): BURRIS CAN STILL COMPETE AT THE HIGHEST LEVEL

The Ottawa REDBLACKS are making the right call by giving the ball to Trevor Harris this week and, presumably, the rest of the season. Harris is the best quarterback on the roster right now and he also looks to be their answer for the future. But just because Burris’s time as Ottawa’s number one looks like it’s coming to an end doesn’t mean his career is going to suffer the same fate.

There are a few compelling reasons to believe Burris will be back next season, even though he’ll be 42 years old. More than anything else, teams need quarterbacks. It’s been proven time and time again in recent years that quarterback depth is absolutely crucial for success in this league. There’s no guarantee Burris will be able to find a bona fide starting job for next season, but if he’s willing to be part of a quarterback competition in camp, then yeah, there’s likely a fit out there. Even if he starts the season as a backup somewhere, the odds and recent history would suggest he’ll get his shot to be a starter at some point. Injuries happen and Burris is a pretty nice insurance policy.

Now, you might suggest Burris wouldn’t be thrilled at the prospect of taking the back seat to someone else. I can’t speak for him, but it sure does seem like Burris still has the fire and passion to play this game. Plenty has been made of his fired up tirade on national television a few weeks ago, and listening to him talk, he still seems like a guy who wants to play this game. If he still believes he can compete at the highest level, I think there’s a very good chance Burris will be looking to play next season.

And that’s the final piece. Burris CAN still compete at the highest level. Last year’s MOP nod wasn’t a fluke and I still think he can be an effective, productive CFL pivot. Even this year hasn’t been awful, and in fairness, he really hasn’t had the chance to get into any type of groove. He’s still averaging 8.4 yards per pass, the same as his last year’s MOP season, and he still has big play ability.

Going to Harris right now is the right choice for the REDBLACKS; he’s been more effective, has made fewer mistakes and gives the team its best chance to win. That doesn’t mean this spells the end for Burris, though, because I still think he has more than enough to help a team next season.

Fan Poll
Is this the end of the line for Henry Burris?
Yes
Vote
Not yet
Vote
Submit View Poll Results