Wired for Sound: CFL on TSN takes fans deeper into the game

Wired for Sound: CFL on TSN takes fans deeper into the game

TORONTO — From the sidelines to the huddle, CFL ON TSN takes fans deeper into the game this weekend with a special Live Mic Broadcast (#CFLwired) featuring in-game sound from the Calgary Stampeders and Hamilton Tiger-Cats’ quarterbacks and coaches when the two teams face off this Sunday, Aug. 28 at 7 p.m. ET on TSN.

Marking TSN’s first-ever Live Mic Broadcast of a regular season CFL game, fans will be able to hear the sounds of the game live on the field from quarterbacks Zach Collaros and Bo Levi Mitchell, as well as coaches Kent Austin and Dave Dickenson, as these GREY CUP contenders clash at Calgary’s historic McMahon Stadium.

“This Live Mic Broadcast is a next-level fan experience. Our viewers will feel like they’re standing right there in the huddle,” said Paul Graham, Vice-President and Executive Producer, Live Events, TSN. “Thanks to a great collaboration with our league partners, we’re looking forward to adding this innovative production feature to Sunday night’s game – and hearing what Bo Levi Mitchell, Zach Collaros and the coaches have to say!”

» LANDRY: #CFLWired will give us a unique window into the sounds of the game 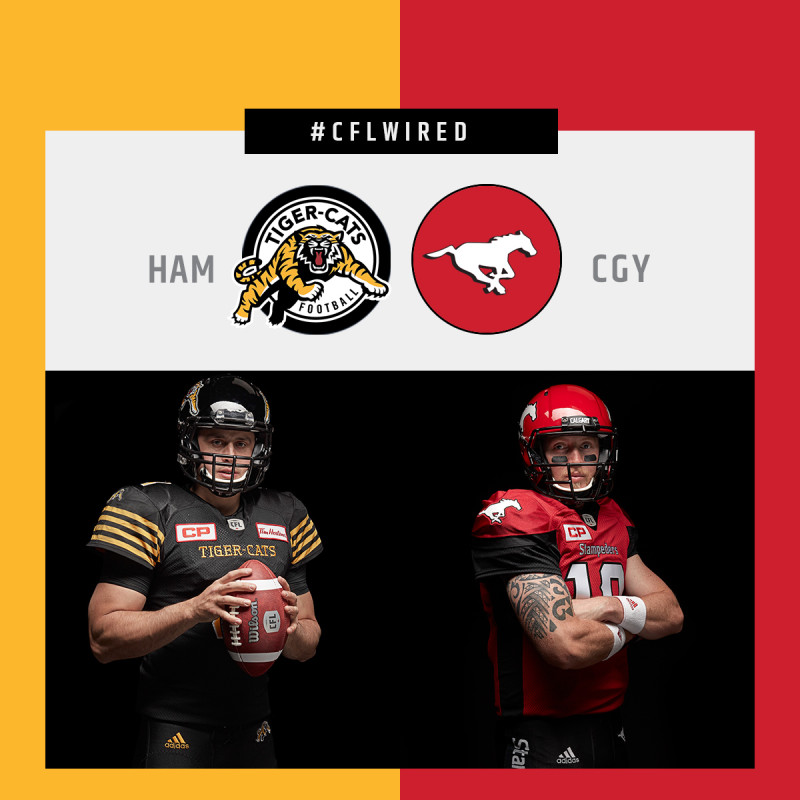 “We are excited to work with TSN and the CFL to bring our great fans closer to the game,” added Jeff Keeping, President of the CFLPA. “‎Our players take pride in connecting with the fans and this is a great opportunity to further the game day experience.”

“This is yet another example in how our 104-year-old League is leading the way in sports media innovation,” said Christina Litz, Senior Vice President, Marketing and Content, CFL. “We are privileged to have great partners in TSN and the CFLPA who share our forward-looking vision and efforts to engage our fans in new and exciting ways.”

CFL ON TSN’s Chris Cuthbert and Glen Suitor are in the booth for the Ticats-Stampeders game, with Jermain Franklin reporting from the sidelines.

Sunday’s Live Mic Broadcast also features the CFL ON TSN panel – including host Rod Smith alongside analysts Matt Dunigan and Milt Stegall – from the TSN Studio to deliver pre-game, halftime, and post-game news and analysis from this unique live broadcast.

The 2016 CFL ON TSN season culminates with the Shaw Road to the Grey Cup as well as the 104th GREY CUP presented by Shaw – one of 60-plus iconic championship events that live on TSN – live from the Toronto Argonauts’ new home of BMO Field.

TSN subscribers can access live streaming coverage of every CFL ON TSN game on TSN.ca and the TSN GO app. French-language coverage is available through RDS.

TSN is the exclusive Canadian broadcaster of the CFL, delivering live coverage of every regular season game, including playoffs and the 104th GREY CUP live from Toronto’s BMO Field on Nov. 27. Last year, Bell Media’s TSN and RDS announced an extension of their long-term multi-platform partnership with the CFL through to 2021.