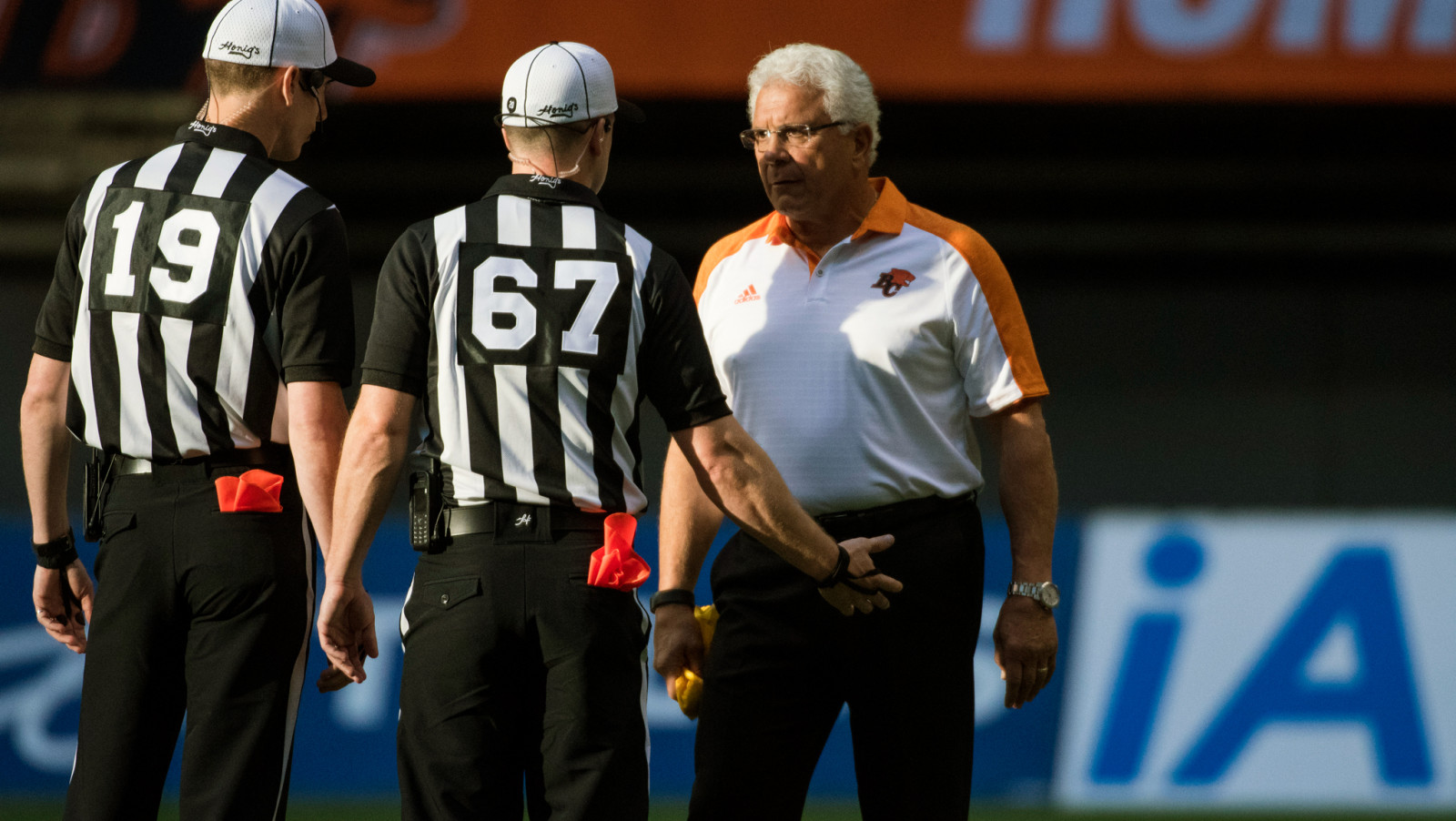 TORONTO – The Canadian Football League has approved a rule change on coaches’ challenges.

Effective immediately, if a team makes its first coach’s challenge of the game and does not win that challenge, the team will now lose a timeout. If the team wins its challenge, it will keep its timeout.

In other words, the first coach’s challenge is no longer a “free” one. With this change in place, teams now put a timeout at risk with their first challenge, in the same way they already do for their second challenge of the game. And teams must be in possession of a timeout to make a challenge. Teams are allowed two timeouts per game and can only use one timeout in the last three minutes of the game.

“We are listening to our fans,” said Jeffrey L. Orridge, commissioner of the CFL. “And while it’s unusual to have a rule change during the season, the league and our teams wanted to respond to fans’ concerns about the frequency of challenges.

“We are proud of the innovation we have brought to our game, including innovation in the use of replay, and the fact that these advances are being followed by other leagues. But innovation in any pursuit is often followed by adjustments and alterations. Fan enjoyment is vitally important.”

The league reviews its rules and procedures each off season, and intends to take a further look then at the issue of replay and challenges, said Glen Johnson, senior vice-president, football.

“Our leadership believes this change is a step in the right direction, as our game continues to evolve in an era of technology,” he said.

This rule change was unanimously approved Thursday by the league’s governors following a recommendation from its rules committee.