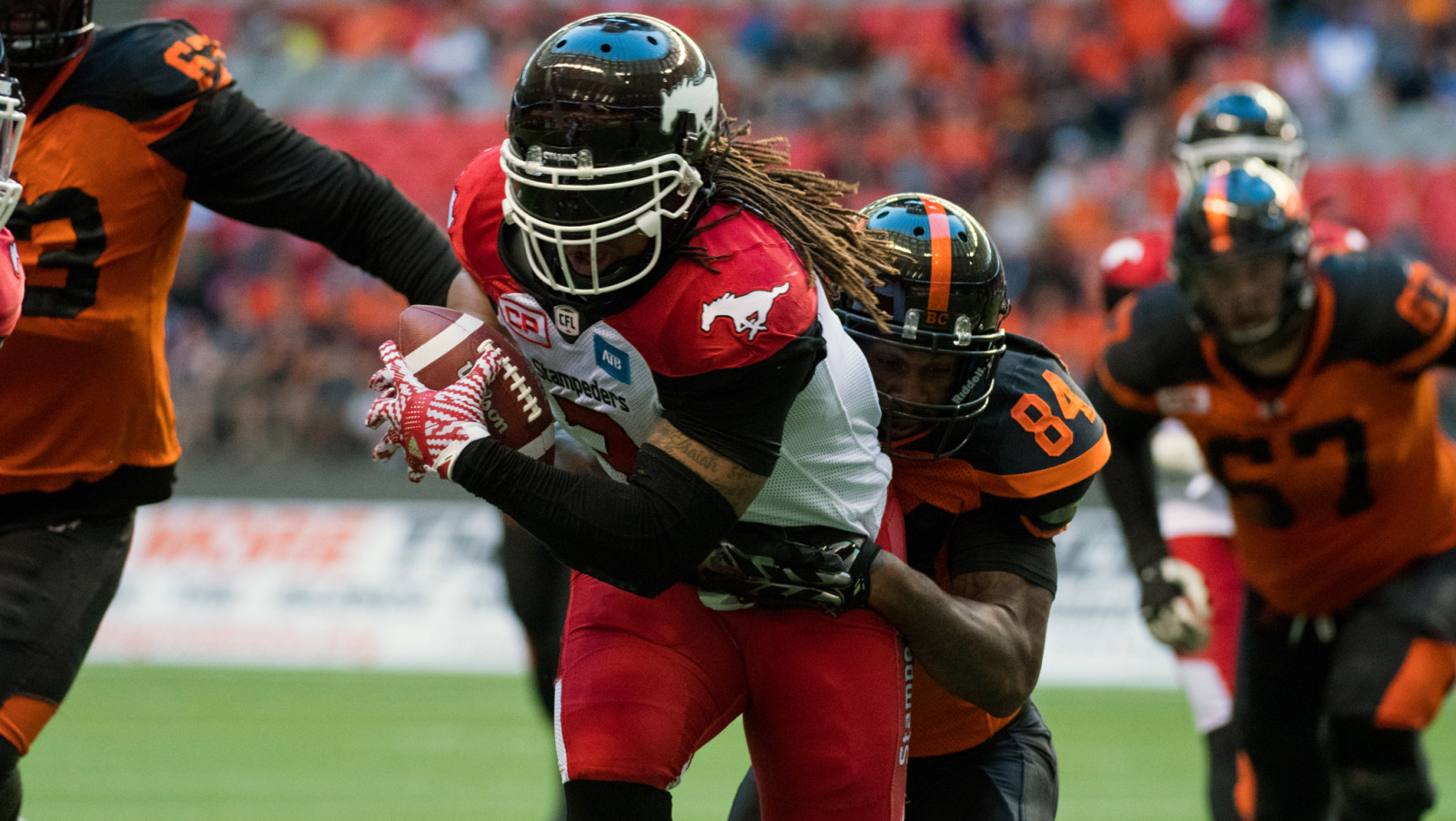 CALGARY — It didn’t take Taylor Reed long to land on his feet.

Less than 24 hours after being dropped by the Calgary Stampeders, the veteran middle linebacker signed with the Ottawa REDBLACKS on Tuesday morning.

A three-year CFL veteran with 182 career defensive tackles, 12 sacks and four forced fumbles, Reed started eight games at middle linebacker with the Stamps before having his first season in Calgary cut short suddenly.

His release may have come as a surprise to some as Reed was considered a key veteran signing for the Stamps in the off-season, however he’s since been made expendable by the emergence of rookie first round pick Alex Singleton.

“The situation at middle linebacker has evolved over the course of the season,” said Stampeders head coach Dave Dickenson. “The health and depth of our linebacking corps as well the development of rookie Alex Singleton have factored into this decision. We wish Taylor the best of luck in the future.”

Reed played 10 games for the Stampeders this season, recording 40 tackles, two sacks and one forced fumble. He was the starter at middle linebacker for eight games and a backup for the last two. Reed joined the Stampeders as a free agent on Feb. 10 after two seasons with the Hamilton Tiger-Cats, including an appearance in the 102nd Grey Cup Championship.

In Ottawa, Reed joins the CFL’s third-ranked defence (349.1 yards per game), which will be back in action on Saturday night in Calgary coming off the bye.