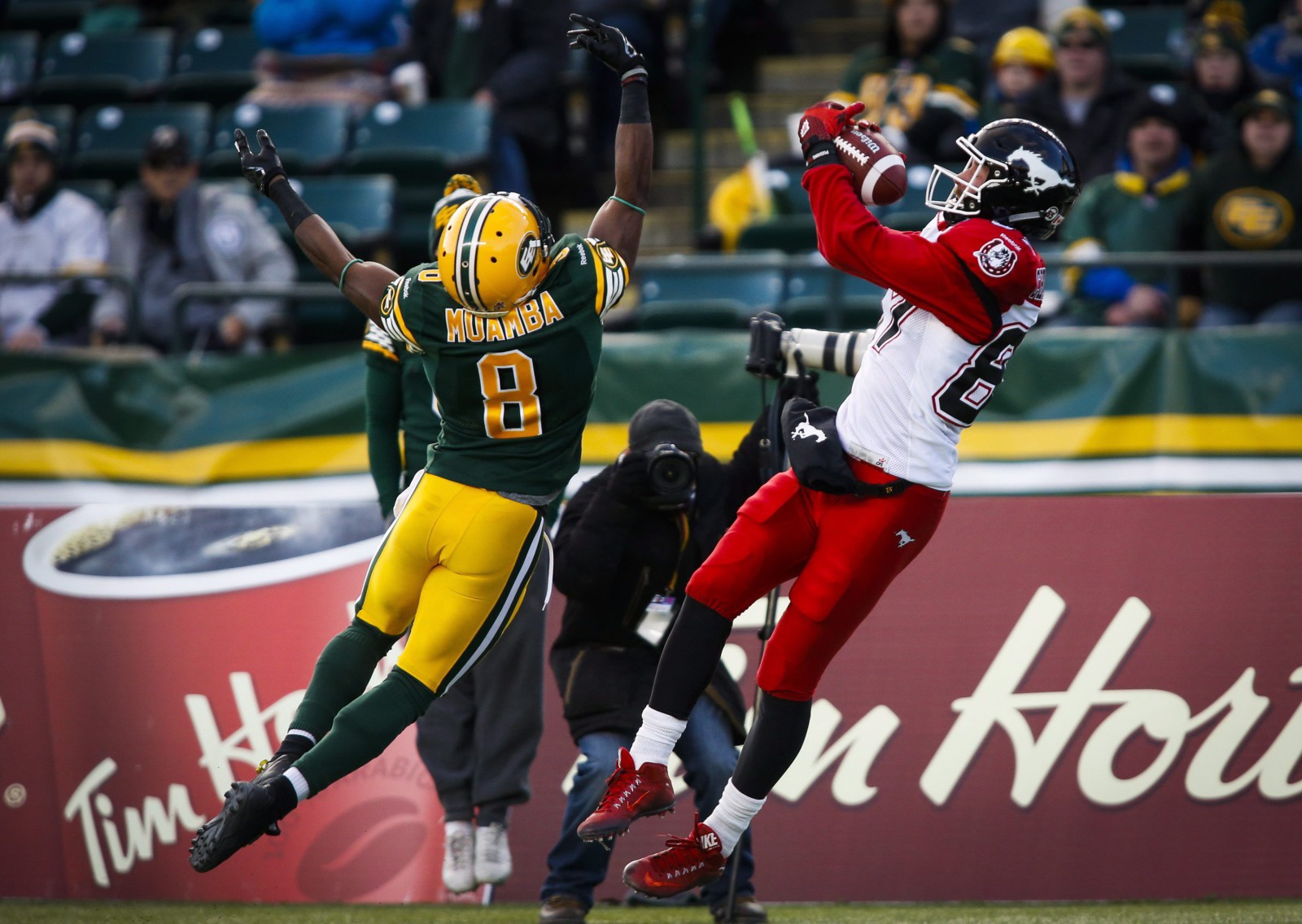 A safety and veteran defensive back, Muamba was fined for a dangerous tackle on Calgary Stampeders receiver Bakari Grant.