OTTAWA — For Jamill Smith, the 109-yard run into the Argos’ end zone on a second-quarter missed field goal was the easy part.

The Ottawa REDBLACKS returner caught Lirim Hajrullahu’s 52-yard field goal attempt just in front of the goal line, followed his blocks and then sprinted all the way for one of his team’s two touchdowns on the way to a 29-12 win over the Toronto Argonauts on Friday night at TD Place.

After the game, Smith was quick to credit those who made it possible.

“That’s why it was so special, because it wasn’t just me,” Smith told OttawaREDBLACKS.com. “I ran the ball – I did the easy part. I just run. I’ve been doing that my whole life.

“They make the tough blocks and do the dirty work. Just to feel all the vibrations and the energy from everybody coming through, it was nice.” 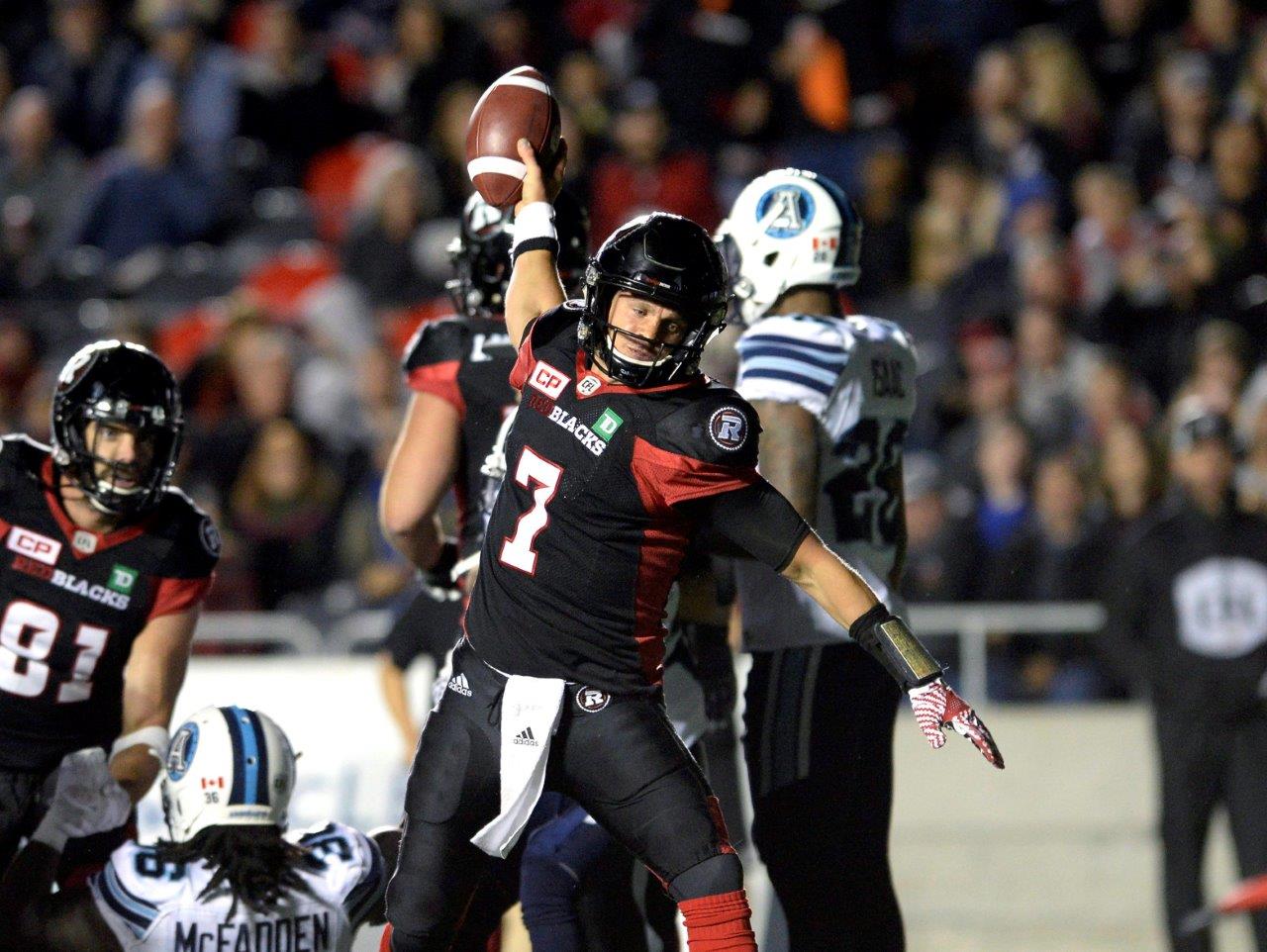 Smith’s touchdown swung momentum in the game but also in the REDBLACKS’ season. His score extended Ottawa’s lead to 13-0 in the first half vs. the Argos on a play that, when considering the three points the Argos missed out on, meant a 10-point difference on the scoreboard.

It sparked the win in what was unequivocally the REDBLACKS’ biggest game of the season thus far.

“It was a big game because it’s a swing game in the standings from where we were and Toronto was,” Head Coach Rick Campbell said after. “And then getting the season series and playing a team in your own division, it’s a big win. I’m proud of our guys for this.”

The REDBLACKS entered the night a point up on the third-place Argos and exited with sole possession of first place in the East, although the Ticats can take it back with a win on Saturday night in Regina against the Riders.

Ottawa also claims the season series with Toronto, meaning the REDBLACKS get the nod in the event of a tie with the Argos.

Friday night’s contest was a solid showing for a team coming in with five losses in its last seven contests and looking to find itself. The REDBLACKS held the edge in rushing yards, passing yards and time of possession while holding Toronto’s passing offence to 5.2 yards per attempt on 43 passes.

The REDBLACKS’ defence even stymied Drew Willy, who made his first appearance in Double Blue but was able to generate only 10 second-half points.

“We knew the circumstances we were coming into. But we just try to take it one game at a time and we knew this game was the one we needed right now”

But while Ottawa made some much-needed gains, there are some things to be improved. It starts with finishing, because as impressive as Chris Milo’s five field goal night might have been, Trevor Harris and co. know they need to start ending drives with touchdowns.

“It’s something obviously we’ve got to address and get working on because we did sustain drives and stay on the field and convert second downs, but we’ve got to convert those touchdowns,” said Harris. “Because if you take the five field goals and convert three touchdowns out of the five, it’s actually 12 points and then it’s a no-brainer we win the game.”

For now, at least, the REDBLACKS can enjoy a key divisional win before moving on to the BC Lions, who they take on in Vancouver in Week 15.

“We knew the circumstances we were coming into,” said Smith. “We knew this would be the tie-breaker, we knew the standings.

“We knew all that. But we just try to take it one game at a time and we knew this game was the one we needed right now.”