Steinberg’s MMQB: A new voice at the right time 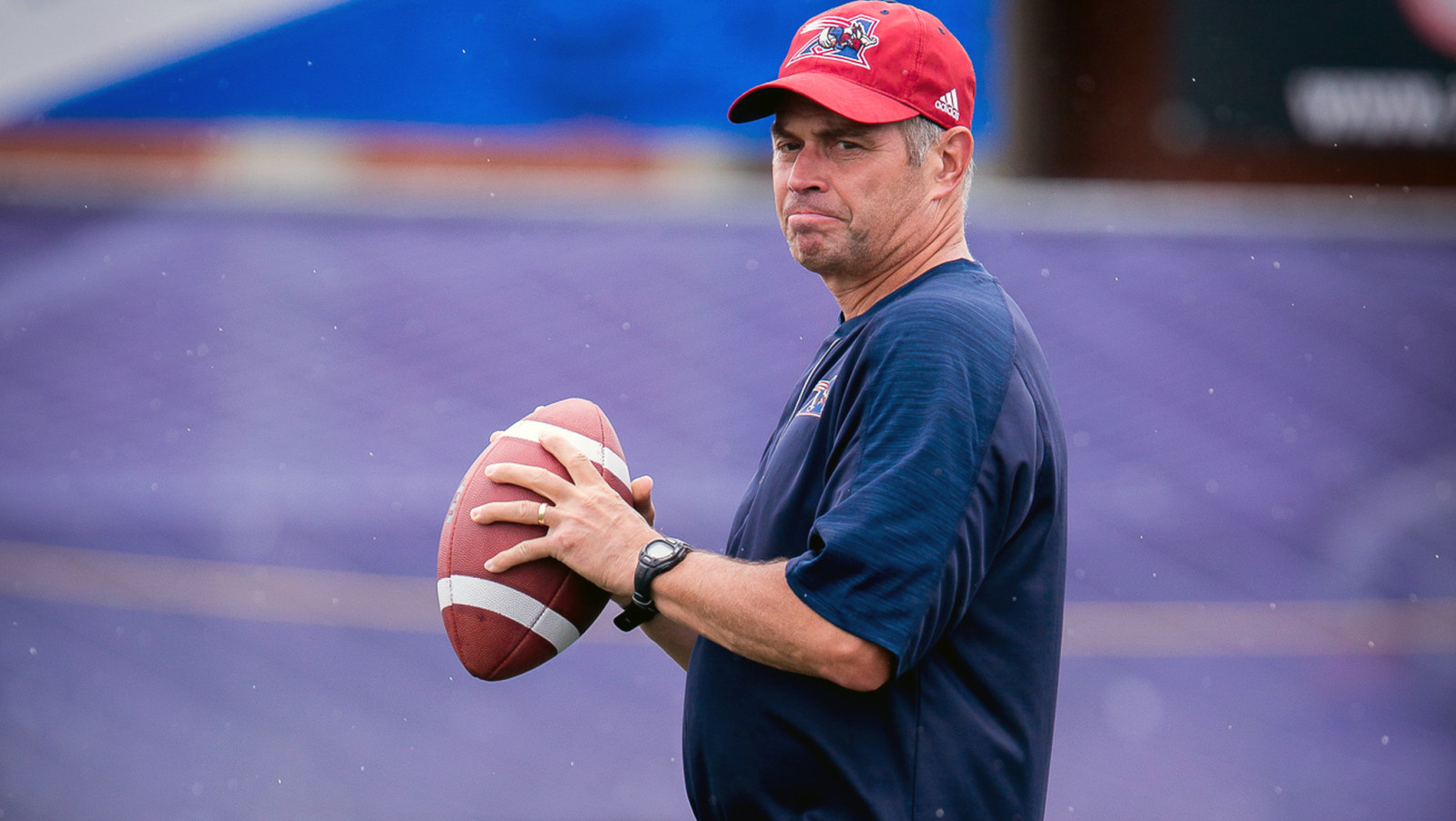 Steinberg’s MMQB: A new voice at the right time

In last week’s column, we touched on how it was time for Jim Popp to step down as head coach of the Montreal Alouettes and focus solely on his duties as general manager. Well, it turns out the MMQB dropped just hours before the Als decided to do just that. The Alouettes have a new voice on the sidelines in Jacques Chapdelaine and whether this change gets them back into playoff contention or not, there’s still lots to accomplish the rest of this season.

Listening to the Als talk after practice on Sunday was very interesting. It was their first practice coming off a bye week and their first under their new head coach. It seems as if the group is energized and very much looking forward to the rest of the season. That’s not a knock on Popp at all; it’s only natural to be energized when a new voice takes over, regardless of whom the old voice was.

The interesting thing is how we’ll judge Chapdelaine’s success for the rest of this season. While it would be a great Cinderella story if Montreal could win its final six games of the season and fight to get a playoff spot. If the Als don’t do that, though, it doesn’t mean the coaching change wasn’t the right move.

Just for sake of argument, how realistic would a dramatic turnaround be for the Als? I can tell you their schedule isn’t easy. Two of Montreal’s final six games come against Calgary while they also have tough matchups with Hamilton and Edmonton on tap. 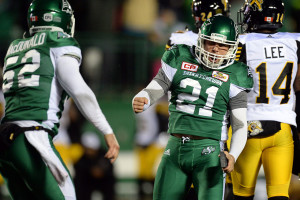 New coach or not, it would be a surprise to see the Als put together a crazy run. As it stands right now, Montreal sits three games back of the crossover playoff spot held down by the Eskimos with Toronto two games ahead standing in their way. Even with an easier schedule, that would be a difficult gap to close.

But even though a playoff berth is somewhat unrealistic, there’s still plenty to accomplish regardless of the post-season picture. Chapdelaine has an opportunity to lay some really important groundwork. Maybe it pays immediate dividends, but more likely we’re talking about a longer term pay off; longer term like 2017.

Montreal has been struggling with an identity all season long. From not being able to find consistent play at quarterback to blowups at practice, this team hasn’t been able to find something to rally around and I think uncertainty at head coach helped contribute to that. But now Chapdelaine is in the fold and he’s going to be the guy for the foreseeable future. That right there might be enough to galvanize them.

Making the change at head coach was the right call from Popp. Now he can focus solely on his duties in player personnel while Chapdelaine handles the day-to-day duties on the field. Maybe it won’t be enough to salvage a playoff spot this season, but I believe it’ll make 2017 a whole lot better in Montreal.

The Winnipeg Blue Bombers will be disappointed by Saturday afternoon in Calgary. Despite a furious fourth quarter comeback, the Bombers had their seven game win streak snapped on a last-second field goal. Furthermore, Winnipeg wouldn’t have needed such a comeback if it hadn’t been down by 20 points at halftime. While they should be disappointed in the result, I don’t think Saturday was all bad for the Bombers.

Everyone knows the Stampeders are head and shoulders the best team in the league. But what I wanted to see from Winnipeg was whether or not they could push the Stamps. In last week’s Berg vs. Ferg feature, I chose the Bombers as the team posing the biggest threat to Calgary. I didn’t choose Winnipeg to win at McMahon Stadium, but I did think they had it in them to keep it close.

Now, granted, I think part of the fourth quarter surge we saw from the Bombers was the home side taking its foot off the gas. Winnipeg still scored the points though and was in line for a win before Rene Paredes did his thing with zeroes on the clock. More than anything else, though, I’m interested in what this means for the Bombers going forward.

Winnipeg has a tough schedule to finish off the season: along with their final bye week, the Bombers play BC and Ottawa twice with an Edmonton matchup looming this Friday night. But knowing how close they were from beating the team at the top of the mountain, they should certainly enter the stretch drive feeling confident.

Winnipeg is just a game back of BC in the quest for a home playoff date. For me, Saturday’s near miss in Calgary underlined to me how this recent seven game win streak was no fluke. With five games to go and a ton still to play for, added confidence should only do good things for the resurgent Bombers.

I’ve been waiting quite a few weeks for the type of effort we saw from the Ottawa REDBLACKS on Friday night. Ottawa started Week 14 with a 29-12 win over the Toronto Argonauts and did so in impressive fashion.

The REDBLACKS got contributions from everywhere on Friday night. Trevor Harris was back to his accurate ways at quarterback as he threw just 10 incomplete passes and plunged into the end zone for his team’s only offensive major. Ottawa got a touchdown on special teams on a missed field goal and gave a pair of Argos quarterbacks fits with its defensive packages. All in all, it was an impressive effort.

Now we need to find out if the REDBLACKS can sustain it. After a stretch where they dropped four out of five games, Ottawa now has wins in two of its last three. The REDBLACKS have also regained top spot in the East Division after Hamilton’s tough setback against Saskatchewan.

When Ottawa plays at the top of its game, I believe it is the best team in its division. Its biggest problem this season has been a rash of inconsistent efforts and inability to finish games late. We know what this group is capable of and its effort against Toronto was a great example.

As we’ve written a few times already this season, the East Division is about as wide open as it gets and is just waiting for someone to walk through the door. Ottawa and Hamilton have been hovering all around that opening but haven’t taken the step they need to walk through. With two more head-to-head games to go between the two teams, the division crown is going to come right down to the wire. My money is still on Ottawa, though.

The CFL is a family and our family tragically lost a member this weekend. The term “thoughts and prayers” doesn’t cover what we’re all sending to the Hicks family after the loss of Mylan on Sunday morning. It truly was a senseless tragedy and now all the CFL family can do is stand beside and offer support to the Hicks’ as they grieve.