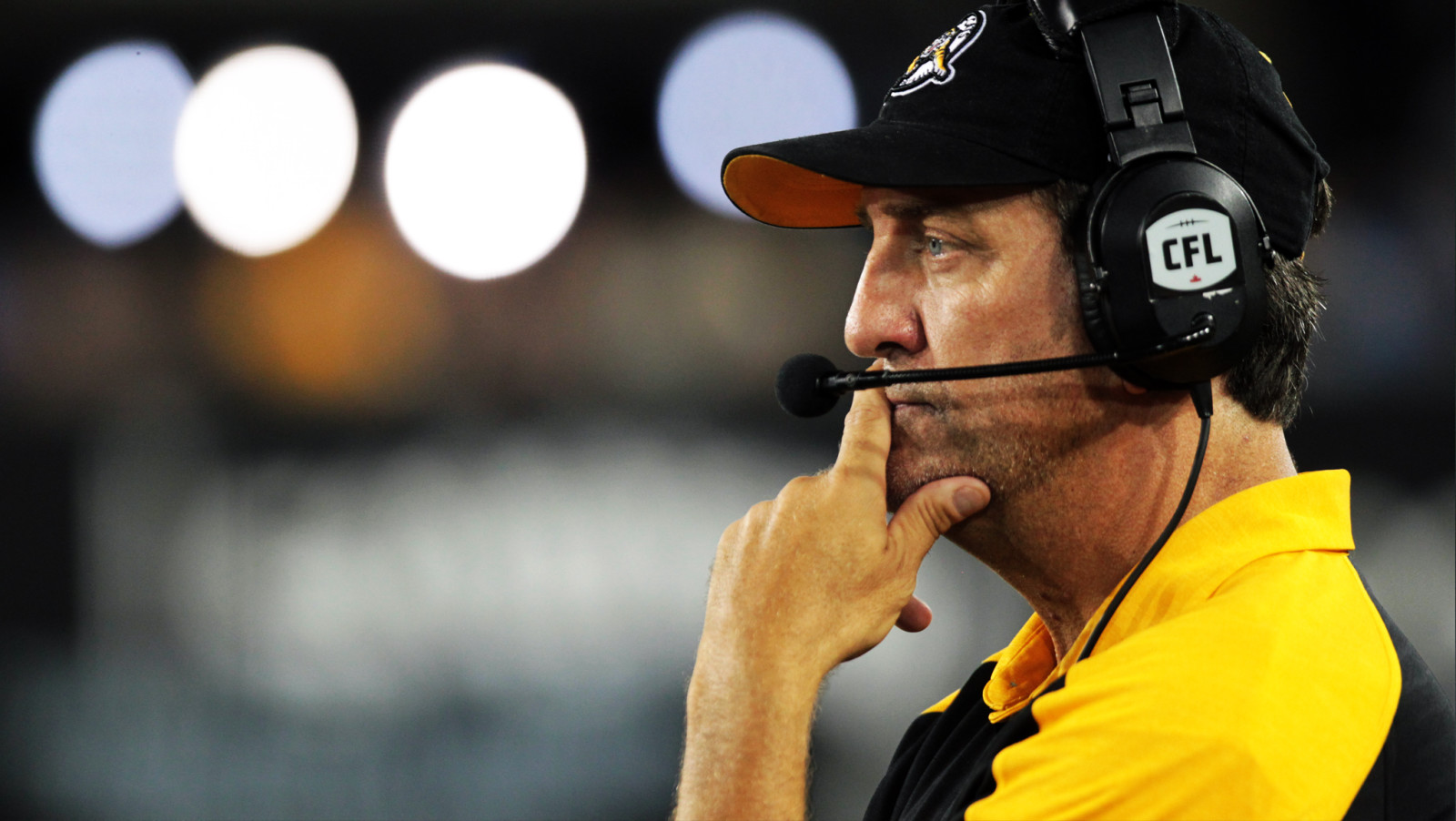 TORONTO — Canadian Football League Commissioner Jeffrey L. Orridge issued a statement on Wednesday regarding discipline against Kent Austin, who was involved in an incident with a game official during Week 14 action in Regina:

Respect for officials is a basic tenet of sport. Their impartial participation makes fair competition possible. And their security is paramount. That is why it is absolutely unacceptable for a coach to confront an official and make contact with him, even if that contact was inadvertent and accidental.

For his behaviour in a sideline incident with an on field official during his team’s game on Saturday, Sept. 24, Hamilton Tiger-Cats vice-president of football operations and head coach Kent Austin will be removed from the sidelines for the Tiger-Cats’ next game, this Saturday, Oct. 1. He will be allowed in the spotters’ booth but he will not have the privilege of joining his team on the field or interacting with officials on the field. Furthermore, Coach Austin is fined $10,000. A penalty of this magnitude levied against a coach for an interaction with an official is unprecedented in our league.

Our examination of this situation did not yield a comparable precedent on which to base a decision. That has highlighted for me the need to develop and announce a clear policy that makes crystal clear that there will be zero tolerance of physical contact with officials, whatever its nature, and immediate and serious penalties should such contact occur. That work is now underway.

Despite dropping two of their last three games, the Ticats are still in the thick of it in the East and have a litmus test ahead of them with the league’s hottest club rolling into town.