The Argos announced Monday they have released receiving trio Kevin Elliott, Vidal Hazelton and Tori Gurley along with Phil Bates.

The shakeup comes the day after a 38-11 loss to the Montreal Alouettes at Percival-Molson Stadium, the Argos’ third straight setback and seventh in eight games. While surprising, Milanovich suggested Sunday a message could be sent.

“There are a couple of guys that maybe aren’t on board as much as they need to be,” Milanovich told reporters following Sunday’s game in Montreal. “It starts with the preparation, it starts with the attitude in the locker-room. Coaches, players, staff — everybody. We need to make sure it’s the right one.

“We’ve got to get the right people on the bus. That’s where we’re at at this point.”

After breaking out as first-year receivers in 2015, Elliott, Hazelton and Gurley were considered a key part of the Argos’ core entering a highly-anticipated 2016 season that would see the Boatmen move into their new home at BMO Field under new ownership.

Gurley and Elliott were both injured early in the season and forced to miss time, while the emergence of other young receivers like Kenny Shaw and Devon Wylie made Hazelton a weekly scratch.

Hazelton, last year the Argos’ leading receiver with 803 yards and six touchdowns, played in only one game throughout the month of September and sat once again in Sunday’s loss to Montreal. 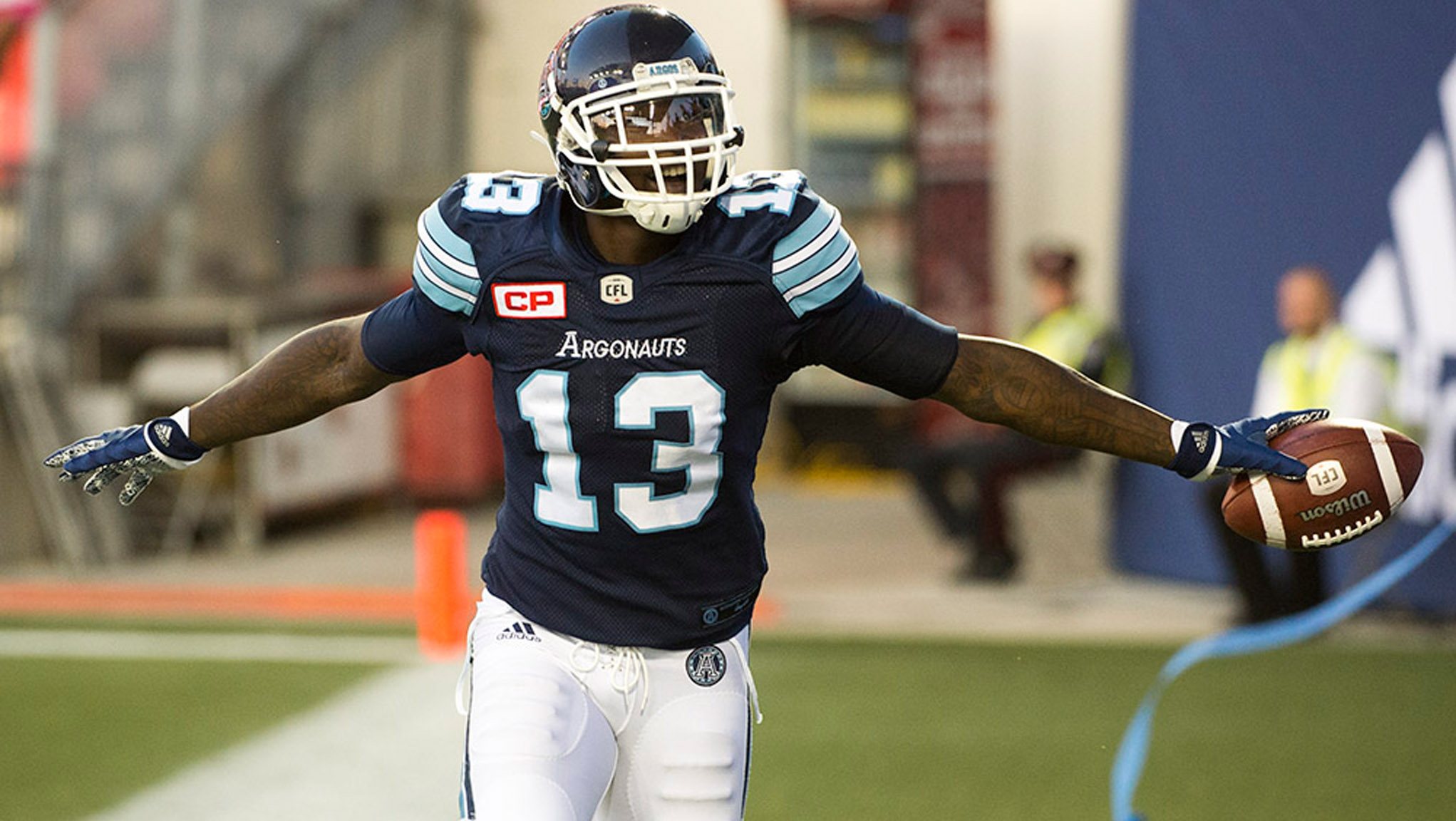 Elliott, who broke onto the scene with 642 yards and eight touchdowns as a rookie a year ago, was injured in Week 1 and didn’t play again until Week 9. In eight games this season he’s registered 294 yards and a pair of touchdowns.

The biggest surprise is the release of Gurley, who last year recorded 791 yards and tied Eric Rogers for the league lead in touchdown catches with 10.

“We need to find out who’s going to be a part of our team going forward,” he continued. “We’ve got some good football players here. We’ve got some good football players here that I’m not sure are real committed to what we need to have take place. It’s little things — being late, it’s not showing up prepared, it’s screwing around. That’s where we are right now. It’s not going to stay this way.”

Shaw and Diontae Spencer will likely shoulder more of the load in the Argos’ offence, as Shaw enters Week 16 with a team-high 773 yards and four touchdowns in 13 games while Spencer has 559 yards in eight games.

The Argos are back in action on Thanksgiving Monday, when they’ll return to BMO Field to take on the league-leading Calgary Stampeders.

Toronto currently sits 5-9 and third place and remains on the outside of the playoff bubble looking in due to the threat of the crossover.