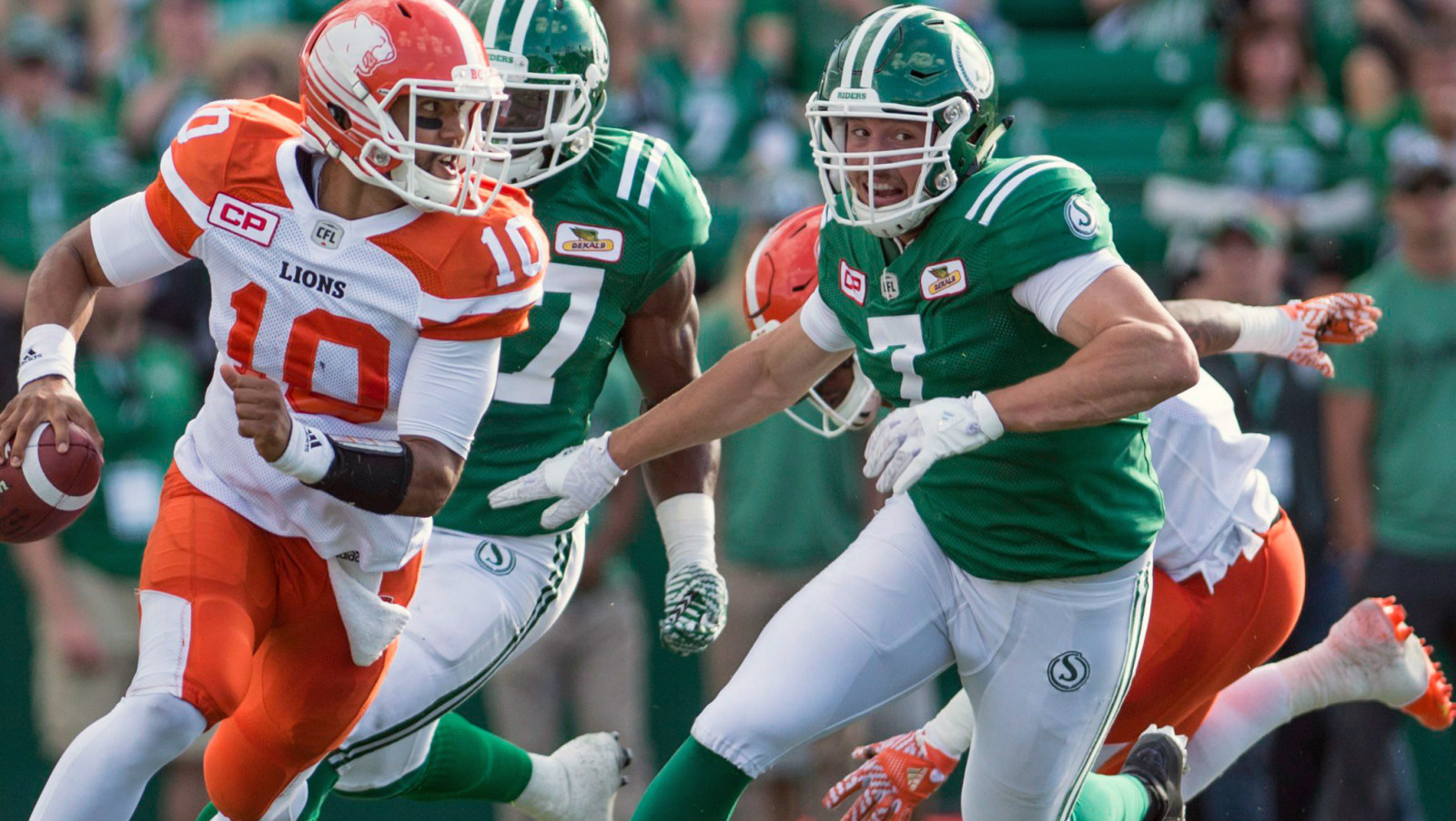 The Ticats have acquired Capicciotti, a Toronto native, along with international tackle Xavier Fulton in exchange for Gaydosh, international receiver Tommy Streeter and the Ticats’ original 4th and 7th round picks in the 2017 CFL Draft.

Capicciotti is the second defensive lineman added by the Riders last off-season to be traded, as he heads to the East Division months after Shawn Lemon was traded to the Toronto Argonauts. The move comes a week after the Riders added defensive end Willie Jefferson, who won a Grey Cup under Chris Jones as an Eskimo in 2015 and recorded a sack in his Riders debut in Week 16.

Capicciotti, a 2015 CFL East Division All-Star with the REDBLACKS, played at Simon Fraser University, where he was named Great Northwest Athletic Conference Co-Defensive Player of the Year in 2011 after finishing the season with 10 sacks.

For the Ticats, Capicciotti joins John Chick on a defence that already led the CFL with 41 sacks entering Week 16 play. The 26-year-old joined the Riders as one of the top free agents this February after recording 23 sacks over the last two seasons with Ottawa, but this season sacked the quarterback only twice in 14 games.

Gaydosh, a former first overall pick, moves closer to his hometown and will hope to resurrect his playing career in the middle of Jones’ defence. The 25-year-old has played in just one game so far in 2016 while currently sitting on the six-game injured list.

A Peace River, Albta. native, Gaydosh signed with the Carolina Panthers in May, 2013 before joining Hamilton midway through the 2014 season.

Streeter, a 6-foot-5, 215-pound pass-catcher, joined the Tiger-Cats practice roster in August but has yet to play a CFL game. After originally being selected by the Baltimore Ravens in the sixth round (198th overall) in the 2012 NFL Draft, the 27-year-old Miami native spent time with the Miami Dolphins, Jacksonville Jaguars, Baltimore Ravens, Buffalo Bills, and Tampa Bay Buccaneers over three seasons.

Fulton spent five seasons with the Riders starting all 75 games played. He was a member of the Riders 2013 Grey Cup Championship team.