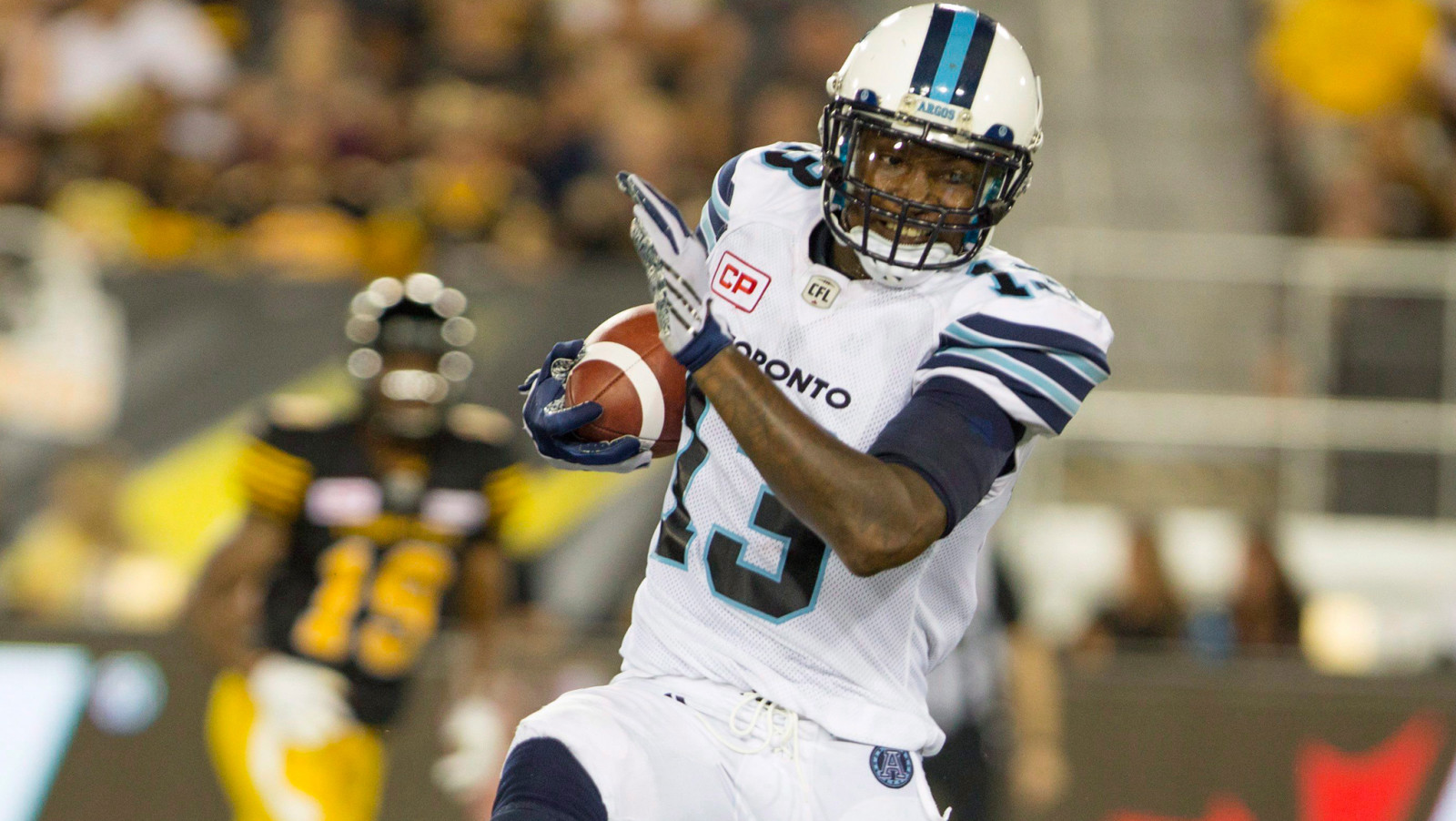 Elliott, 27, registered 23 receptions for 294 yards and two touchdowns in eight games with the Toronto Argonauts in 2016 before being released on October 3. In 24 career CFL games with Toronto since 2015, the native of Fayetteville, North Carolina, has recorded 73 receptions for 936 yards with 10 touchdowns.

In 2012, Elliott played in 13 games, starting once, with the National Football League’s Jacksonville Jaguars, collecting 10 receptions for 108 yards. He also spend time with the Buffalo Bills from 2012 to 2014, playing in three preseason NFL games.

Elliott will join an injury plagued receiving corps in the Hammer, as Chad Owens is out for the rest of the season with a foot injury and Luke Tasker still remains on the one-game injured list.

Lawrence, 25, played in 11 games with the Saskatchewan Roughriders this season, recording 37 carries for 150 yards with one touchdown, and adding 17 receptions for 129 yards before being released October 1. He also returned 27 punts for 286 yards with one touchdown, 33 kickoffs for 69 yards and three missed field goals for 50 yards. In 46 career CFL games with the Tiger-Cats (2013), Edmonton Eskimos (2014-15) and the Roughriders, the 5-9, 195-pound native of Rockwall, Texas, has recorded 132 carries for 712 yards and four touchdowns, 95 receptions for 907 yards and five touchdowns, 169 punt returns for 1,696 yards and two touchdowns, 92 kickoff returns for 2,049 yards and two touchdowns, and nine missed field goal returns for 242 yards The University of Missouri product had a stint with the National Football League’s Dallas Cowboys in 2013 before beginning his CFL career.

Page, 24, attended training camp with the Tiger-Cats in 2016 before being released on June 19. The 5-9, 174-pound defensive back suited up in four games, starting two times, with Hamilton in 2015, recording seven defensive tackles. The native of Los Angeles, California, played two seasons for the Boise State Broncos (2013-14) and to seasons at Los Angeles Harbor College (2011-12) before turning pro.

Wells, 25, spent time with the NFL’s Los Angeles Rams and Atlanta Falcons in 2016. The 6-2, 230-pound linebacker was originally selected by the New England Patriots in the sixth round, 178th overall in the 2015 NFL Draft. Wells also spent time with the Chicago Bears and St. Louis Rams in 2015. The native of Monticello, Mississippi, played four seasons at Mississippi State University (2011-14), registering 165 tackles, 22 tackles for loss, six sacks, three forced fumbles and two fumble recoveries in 52 games with the Bulldogs.

Perine, 23, suited up in three preseason games for the Minnesota Vikings in 2016 before being released by the team on September 3. He was originally signed as an undrafted free agent by Minnesota on May 2. The 6-2, 250-pound native of Mobile, Alabama, played 47 games over five seasons (2011-15) at Florida International University, recording 119 tackles, 22 tackles for loss, 12.5 sacks, five passes defended, four forced fumbles and two fumble recoveries.

Daniels, 27, attended training camp with the Winnipeg Blue Bombers in 2016 before being released on June 18. The 6-4, 300-pound native of Escanaba, Michigan, has suited up in 10 career CFL games, starting nine times, over two seasons with Winnipeg (2014-15). Daniels, a four-year starter at Northern Michigan University (2009-12), was signed as an undrafted free agent by the NFL’s Tampa Bay Buccaneers on May 6, 2013 and spent parts of two seasons (2013-14) with the team.

Collaros ruled out against REDBLACKS 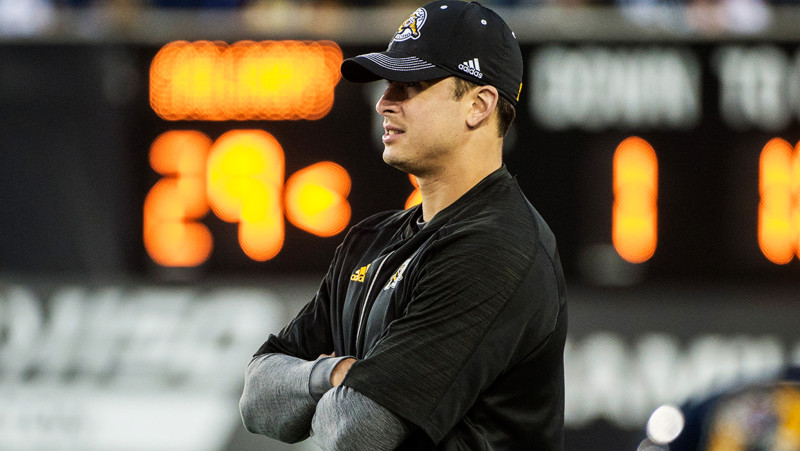 The Tiger-Cats resumed practicing Monday after taking the bye last week.  As they head into a critical East Division matchup with the Ottawa REDBLACKS Friday, they will turn to backup Jeremiah Masoli under centre as Zach Collaros has been ruled out as he recovers from a concussion.

Collaros left last week’s contest against Calgary at halftime after sustaining a hit in the second quarter.

“Zach will be out this week.  He is in concussion protocol and he is doing well,” Head Coach Kent Austin said Monday. “Preliminary (indications) aren’t serious but some things can change but everyone responds differently to it.”

“Luke will be out.  He is still healing but wont be ready.”