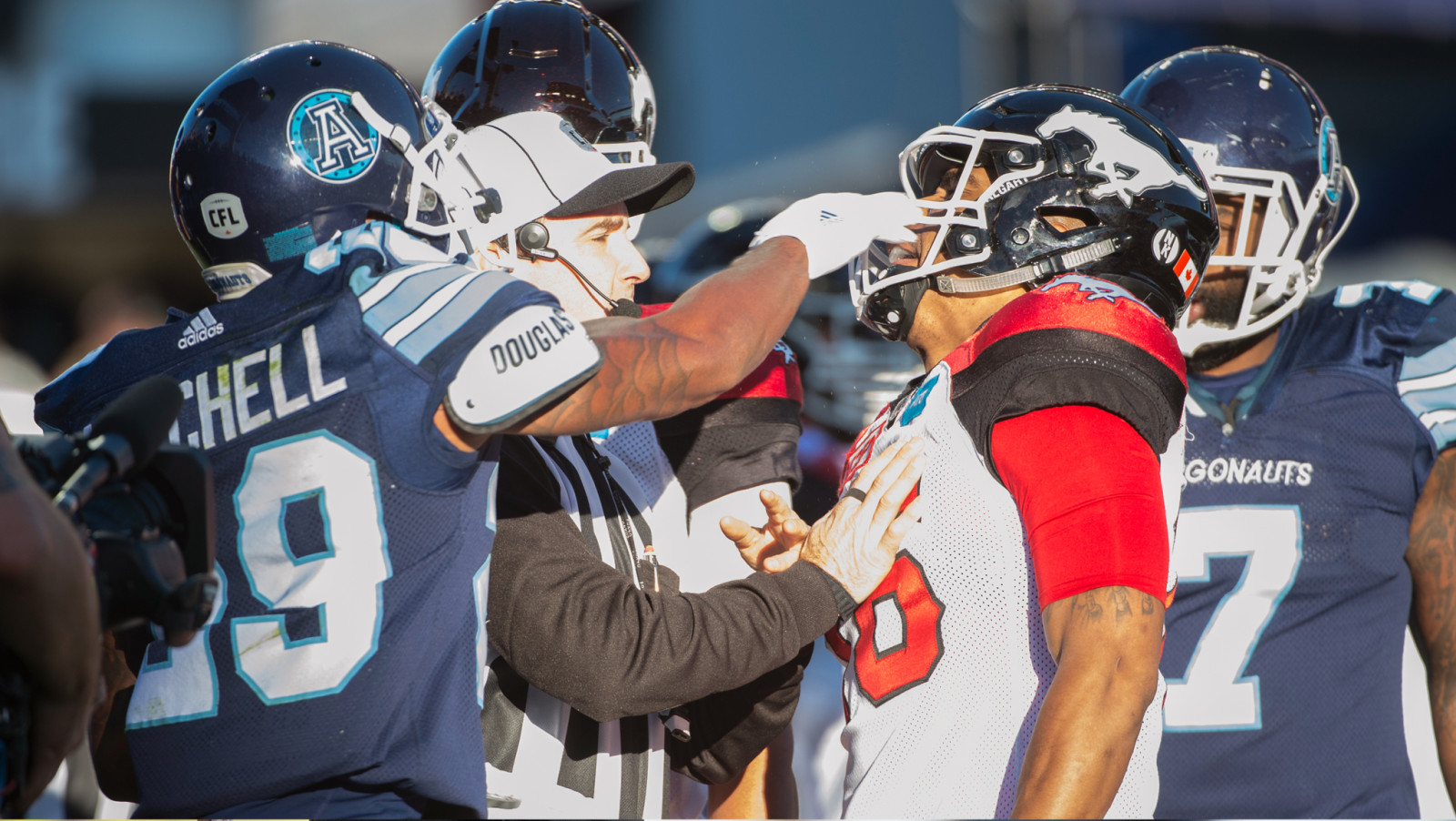 Mitchell has been docked for his involvement in an altercation with the Calgary Stampeders in the second quarter of the Stamps’ win over the Argos on Thanksgiving Monday.

Loucheiz Purifoy, Ja’Gared Davis, Ese Mrabure and James Tuck are the four others that have been fined for their actions during Week 16 games.

Purifoy, a Lions linebacker, was fined for an inappropriate gesture during his team’s matchup with the Winnipeg Blue Bombers on Sunday.

Riders national defensive end Mrabure has been docked pay for a low hit against REDBLACKS pivot Henry Burris during the Riders’ win over Ottawa in overtime.

And finally, Tuck was fined for his hit to the head against BC Lions returner Chris Rainey.