Cfl, Cflpa Team Up With Ea Sports To Launch #cflinmadden

Cfl, Cflpa Team Up With Ea Sports To Launch #cflinmadden 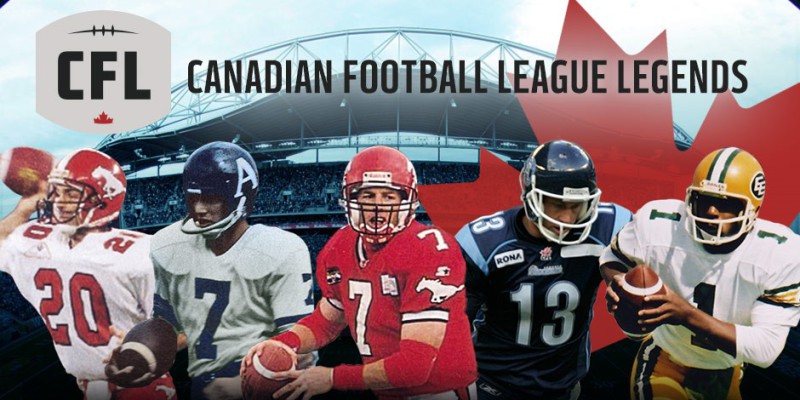 The easiest way Madden NFL Mobile players can earn CFL items is by taking part in Live Events. Fans should expect live events to occur around major moments in the CFL calendar; the first Live Event took place on Thanksgiving on Monday, Oct. 10. Users will be tasked to complete various challenges to earn rewards, packs and collectibles including CFL Player items. A CFL item takes the form of a collectable item which will feature one of 18 of the league’s most dynamic players in their team uniforms (list below).

Once a player earns enough items to complete a set, they have the option of trading these in for a CFL Legend that will be added to the gamer’s active roster and used in the game. The Joe Theismann set will become the first available legend for Madden NFL Mobile users to collect.

“This marketing initiative with EA SPORTS, is a really exciting way to get our League and our CFL players in front of millions of new, football hungry fans,” said Christina Litz, Senior Vice President, Marketing and Content. “We want to thank the CFLPA and our alumni for partnering with us on this unique initiative. We are all invested in growing our game and marketing projects of this magnitude furthers our shared objective of engaging new fans.”

“We are excited to work with EA SPORTS and the CFL on this new initiative,” said Jeff Keeping, President of the CFLPA. “The Madden brand is a great way to get our celebrated game in front of our fans in addition to exposure to a new audience. Combining some of our current stars alongside legends of our game showcases the CFL and its players to football fans across the globe.”

Madden NFL Mobile, much like its beloved console counterpart, is a powerhouse title in its respected market. The highly popular app has become a must-have download for gamers and football fans alike and its annual update is a highly anticipated entry into app stores. Madden NFL Mobile is one of the all-time top-ranked mobile games in the Sports and Games category in the App store and Google Play store since its initial release in 2014. The game is free to download with available in-app purchases.

Users of Madden NFL Mobile love taking part in the classic head-to-head multiplayer game modes, skill challenges and Live Events while managing their rosters or earning items and rewards that they’ve unlocked through the game’s rich and immersive game play.

Madden NFL Mobile is always growing and is continually offering new and exciting content for their users and now, CFL is going to be part of that dynamic content output.