Ferguson: Where will Carter and Stafford land next?

Ferguson: Where will Carter and Stafford land next?

To the surprise of many Monday morning the Montreal Alouettes said farewell to receivers Duron Carter and Kenny Stafford.

Carter has been an almost uncontrollable firework all season in Montreal, but has backed it up with his play in an offence struggling to find balance through changing quarterbacks and play-callers.

Stafford has not exploded statistically, but contributed as a solid secondary receiver at the boundary slotback position alongside veteran Nik Lewis.

The surprise doesn’t come from the fact these two were let go. Anyone with a television could see the discontent in Montreal: Shoving matches in practice with freshly anointed starting quarterbacks; veterans screaming into microphones about culture following losses; a coach being pushed back to the booth who allowed all of this to unfurl in front of him. 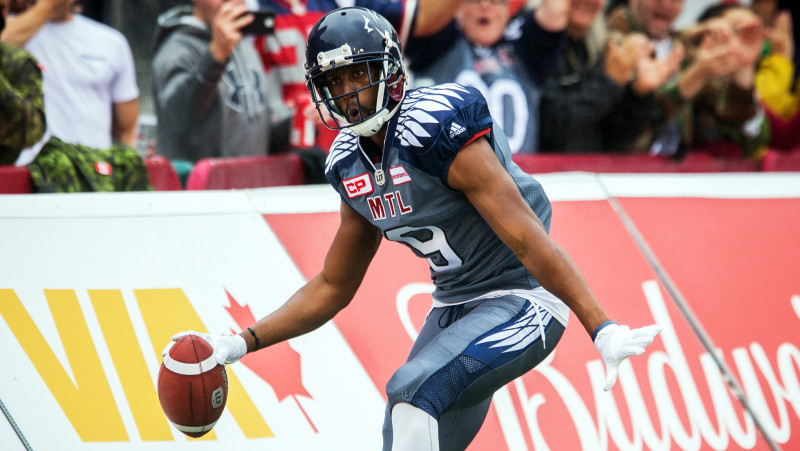 The surprise comes from the timing and makes you wonder about the chain of command in Montreal. Jim Popp refused to part ways with Carter and Stafford at the most trying of times when the Alouettes’ season hung in the balance. A month later, new head coach Jacques Chapdelaine decides he no longer wants the players on his version of the Montreal squad.

Did Chapdelaine have this in mind for quite some time? Did he have to go through General Mananger Jim Popp to get the deal done? Was the decision based solely on locker room culture or more?

Regardless of the reasoning, Carter and Stafford are gone. Both are three-year veterans of the CFL which means their contracts are not fully guaranteed. In order to be paid out in full you need to be at least four-year veteran of the league.

Without the ability to play again this season and no guaranteed money to keep Carter and Stafford ‘comfortable’, one would think neither of them would even want to sign somewhere before season’s end.

I expect both will wait until free agency rolls around when they can maximize their worth and find a situation that works for them, but where could that place be?

The REDBLACKS are on pace to have four 1,000 yard receivers again this season – THIS IS INSANE AND WE ARE NOT TALKING ABOUT IT ENOUGH – and they have arguably the best locker room culture in the CFL.

Find me another group of wideouts and slots who could happily have more than a handful of quarterback changes in a single season yet produce and be happy go lucky the whole time. Not to mention there was that whole bump thing..

Move along — Carter and Stafford wont be in plaid any time soon.

Toronto is always the ‘hmm’ team when it comes to intriguing acquisitions. The Argos suddenly have plenty of room for rent after letting go of Kevin Elliott, Tori Gurley, Vidal Hazelton and Phil Bates.

However, the exact reason those players were let go makes you wonder why Toronto would have any want to bring in similar players who could cause locker room friction and have struggled to buy into a head coach’s message sporadically.

Depending on the Argos’ front office off-season movement there is a chance for Stafford to land here, but I see Carter being too volatile a personality to be welcomed with open arms.

Regardless of his contract status, Terrence Toliver should get an NFL look at some point in his football career. He’s a big-school guy from LSU with the prototypical height and ball skills of a 1A deep threat receiver. If he were to leave, the Ticats have plenty of depth from which to pull a replacement and I am not convinced Kent Austin and his staff would bring in Carter.

With that said, I do believe if there is one organization which could take a receiver like Carter, read him the riot act and facilitate his production without all the nonsense, it is the Hamilton Tiger-Cats. Crazier things have happened: Moss to New England, Ochocinco to Montreal. Maybe Carter could be like dad Cris and find his feet in stable surroundings.

As for Stafford, Hamilton doesn’t make sense. A healthy Luke Tasker backed up by Brandon Banks creates one of the most productive tandems in the CFL at the boundary slot back position Stafford calls home.

The Bombers could certainly aim to add size this off-season and Carter would help that immediately. Tori Gurley was recently signed after his Argos dismissal which many deemed to fit that bill, but I don’t see Mike O’Shea wanting to welcome a spark like Carter into a locker room which has been surrounded by kindling this season, especially in Winnipeg’s slow start.

As for Stafford, it’s tough to break into a lineup dotted by – when they’re healthy – Weston Dressler and Ryan Smith. 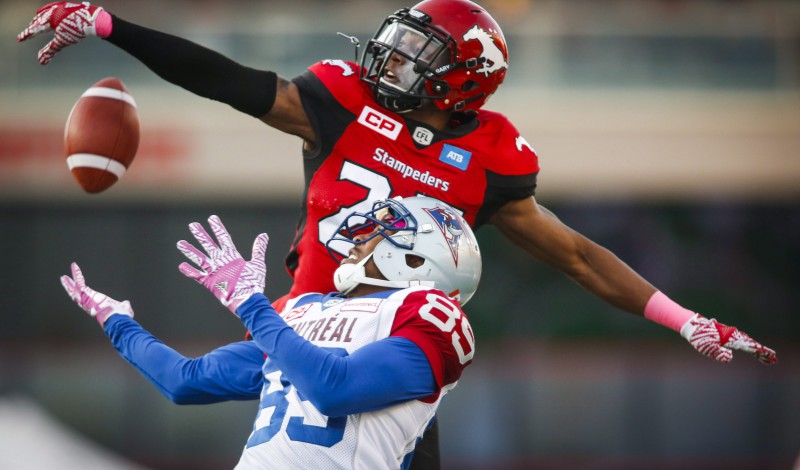 The Riders have done an exceptional job piecing together a lineup which screams positive development. Carter’s skill set is unquestionable and he has become a household name for several reasons. But I’m not convinced he offers you anything more on field than Armanti Edwards or Caleb Holley do.

He certainly can’t match the production of Naaman Roosevelt, who when returning from injury I expect to have an Adarius Bowman type 2017 season.

With all of that said, this is Chris Jones we are talking about. The man wants to win and he is willing to have the most explosive, competitive 2017 training camp possible to achieve that goal. The door will be open to anyone and everyone who can make Saskatchewan better. Maybe Carter and/or Stafford sneak though that door and prove once again why some in Montreal are questioning their Alouettes departure.

This one is short and sweet. The Stampeders are set at receiver and Dave Dickenson is not desperate to acquire volatile talent. He is more than happy to develop it from within.

The ball dominant guys need the ball in order to make a positive impact on the game. Derel Walker and Adarius Bowman are those guys. If you were to add a third like Carter you would have a lack of balance, only so much football to go around and frustration would ensue.

I deem Stafford to be a non-ball dominant receiver. He can make you better in the return game and as a depth receiver. He knows Edmonton and had great success there winning the 2015 Grey Cup. Also I love reunions of any kind so this fits.

It doesn’t sound like Wally Buono will be departing the Lions or their sideline operations anytime soon. Manny Arcenaux has been exceptional this season and Bryan Burnham has been a pleasant surprise alongside Shawn Gore.

The ratio might play into this one a bit as the Lions need to establish national depth at the receiver position, something that Carter and Stafford would do little to help.

For Carter I believe Hamilton, Saskatchewan and BC are possibilities while Stafford could fall in a number of places including Edmonton and Toronto.

The Alouettes and new head coach Jacques Chapdelaine did the right thing by turning the page on the 2016 season waving goodbye to Carter and Stafford. Who takes a chance on either of them now is a topic of discussion I expect to reach an answer in the cold of the Canadian winter during free agency.