Next Gen: Breaking down the Most Outstanding Rookie race 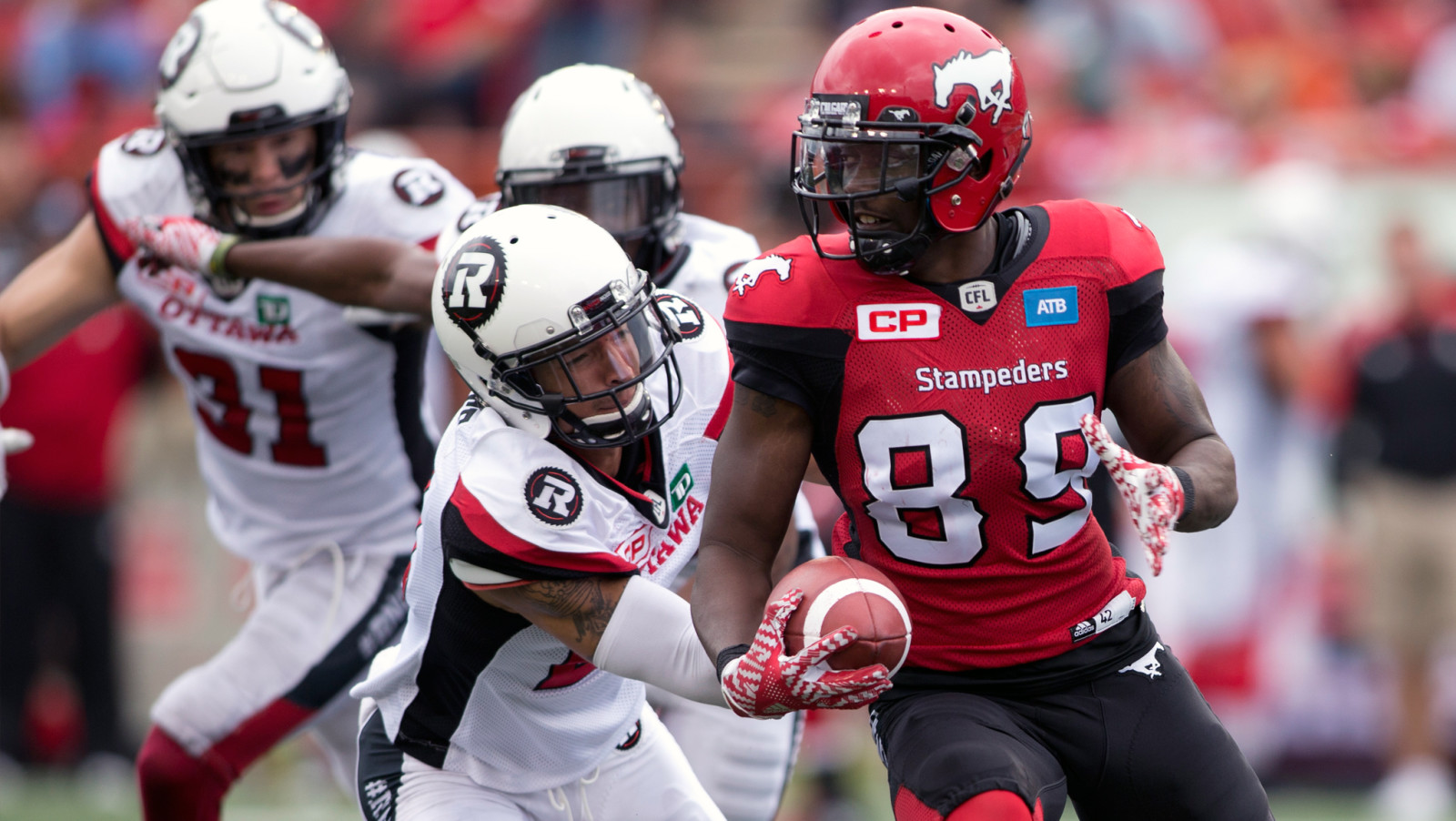 Next Gen: Breaking down the Most Outstanding Rookie race

TORONTO — Two weeks left in the season and the Most Outstanding Rookie race is wide open.

The CFL revealed the list of eligible rookies on Monday, all of whom will be eligible to win the prestigious award handed to the league’s top first-year player this November at the Shaw CFL Awards.

Unlike in the race for MOP, which appears to be all but locked up by Bo Levi Mitchell, no one is in the clear.

The 6-foot-1, 207-pound DaVaris Daniels has to be in the discussion having logged 849 yards and nine touchdowns in only 10 games played. With 84.9 yards per game, Daniels’ production puts him up there with the best in the CFL. 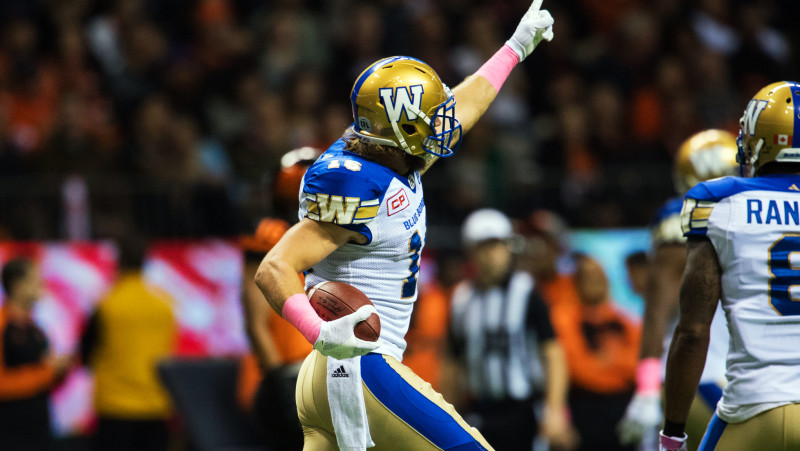 Daniels might be an early favourite among fans after emerging as Mitchell’s go-to guy on offence but that’s not to forget about those on the other side of the ball. For all Daniels has done for the Stampeders’ offence, Alex Singleton has been equally impressive for Calgary’s defence along with safety Taylor Loffler for the Bombers.

Both Loffler and Singleton have national passports and have wreaked havoc on opposing offences this year, taking over starting roles while producing at an All-Star level.

While those three will be the more popular choices as the playoffs approach, others have also made meaningful contributions. We look at 14 candidates worthy of Most Outstanding Rookie consideration:

The 23-year-old’s production in 10 games this season is oddly similar to that of last year’s Most Outstanding Rookie Derel Walker, who put up 1,110 yards in 12 games as a rookie with the Eskimos. Daniels has been nothing short of phenomenal for the Stamps this season and his production averaged out over an 18-game season would be 1,528 yards and 16 touchdowns.

At just 22, the sixth-overall pick in this year’s draft didn’t take long to supplant the veteran Taylor Reed at middle linebacker. The Stampeders have shown a lot of confidence in Singleton and he’s rewarded them with strong play week in and week out at a crucial position on defence. On a unit that’s undergone a youth movement this year, Singleton could be the anchor for years to come. 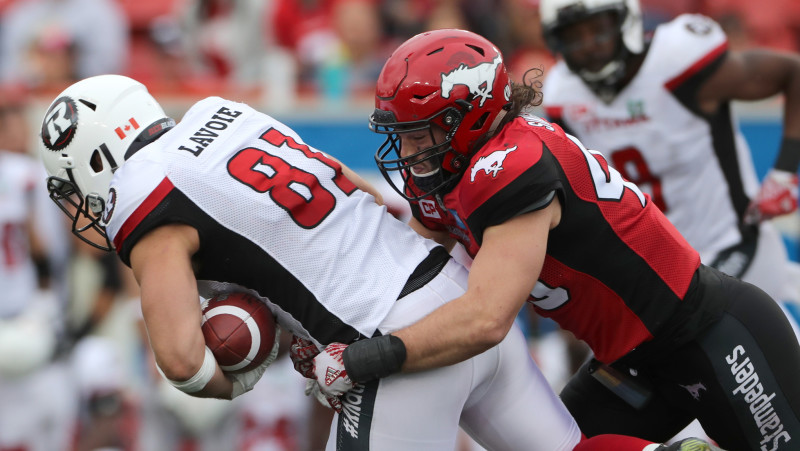 Alex Singleton hasn’t looked like a rookie for the Stampeders in 2016 (Stampeders.com)

A first-round talent that fell to the 19th pick due to his injury history, Loffler has rewarded the Bombers with stellar play throughout the 2016 season. The 24-year-old has been a nightmare for opponents to play against, laying big hit after big hit while also hauling in four interceptions and forcing two fumbles. He might already be the CFL’s best safety.

Fogg’s impact for the Bombers has been felt both on defence and on special teams. Head Coach Mike O’Shea has leaned heavily on the 26-year-old Raleigh, N.C. native and Fogg, both talented and athletic, has held his own in both facets of the game. Fogg has 78 tackles, four interceptions two forced fumbles and a sack in his rookie season.

On a defence chalked full of first-year players, Cox has been leaned on heavily by Chris Jones to take on the opposition’s top talent. The 23-year-old has gotten plenty of exposure against the likes of Adarius Bowman while racking up big plays — including four interceptions — in doing so. It appears Cox will be a cornerstone of the Riders’ defence, at least as long as Jones is there.

It took only until Week 8 for Sean McEwen to become the regular starting centre on the Argos’ O-line. That’s a lot of responsibility, especially in a Scott Milanovich-coached offence, but the 23-year-old and 2015 third overall pick has been up to the task. Changes could be coming in Argoland but McEwen should anchor that O-line for the foreseeable future.

Second in the league in receiving yards among rookie receivers, Ricky Collins has been a favourite target for Riders pivot Darian Durant. The Riders have many new faces but their receiving corps is young and talented, with Collins’ 653 yards proving just that — not to mention the 24-year-old has been a human highlight reel in 2016. 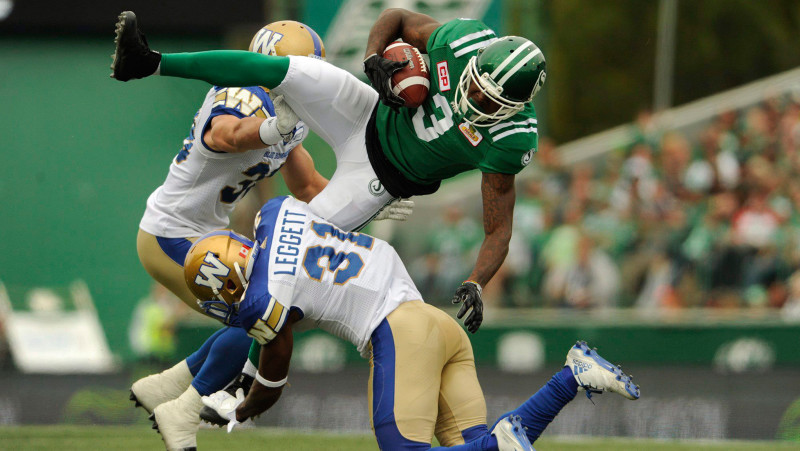 By releasing Mitchell White and playing Jovon Johnson at halfback instead of corner, Noel Thorpe injected youth into the Als’ secondary and those young players have stepped up. Jonathon Mincy, 24 years old, has started all season at corner for the Alouettes and held his own, also chipping in with 52 defensive tackles, an interception and a pair of forced fumbles.

The bench press champion at this year’s CFL Combine, Gagnon’s athleticism has carried over to the field where he hasn’t missed a start at right guard for the Alouettes. Montreal’s O-line is in a rebuilding phase and it’s safe to say the Als are happy with the 6-foot-4, 311-pound Laval graduate as a starting point along with sophomore Jacob Ruby.

The REDBLACKS lost several key starters on defence after appearing in last year’s Grey Cup, but young talent on that unit has helped fill the void. Rose stepped in for the departed Jovon Johnson and took on the role of corner on Rick Campbell’s defence, the 23-year-old logging 47 tackles and an interception over 14 games.

Charles Vaillancourt was the Lions’ big-ticket draft item but 24-year-old free agent signing Antonio Johnson has played a bigger role, taking on the majority of starts at the right tackle position formerly occupied by Jovan Olafioye. Olafioye, of course, moved over to protect the quarterback’s blind side, and so far the two have formed a strong duo up front for the Leos.

The seventh overall pick by the Ottawa REDBLACKS back in May, Lauzon-Seguin’s role on a young Ottawa O-line has increased throughout the season. With the injuries to key members up front, the 6-foot-4, 300-pound Pointe-Claire, Que. native has assumed a critical role: the protector of Henry Burris’ blindside.

His rookie teammate Collins is the second-ranked rookie and Caleb Holley is just behind, checking in with 560 receiving yards and a pair of touchdowns over nine games. With that 62.2 yards per game average, the 6-foot-4, 200-pound pass-catcher is a proven producer and will figure into Chris Jones’ plans in 2016.

While Lauzon-Seguin watches over the quarterback’s blindside, Silas, a 25-year-old international, is getting it done on the opposite side of the line. Last season the REDBLACKS deployed the same five starters up front for every single game; not the case this year but Silas and Lauzon-Seguin have helped ease the pain of so many injuries.