The Weekly Say: A question for every team in Week 19 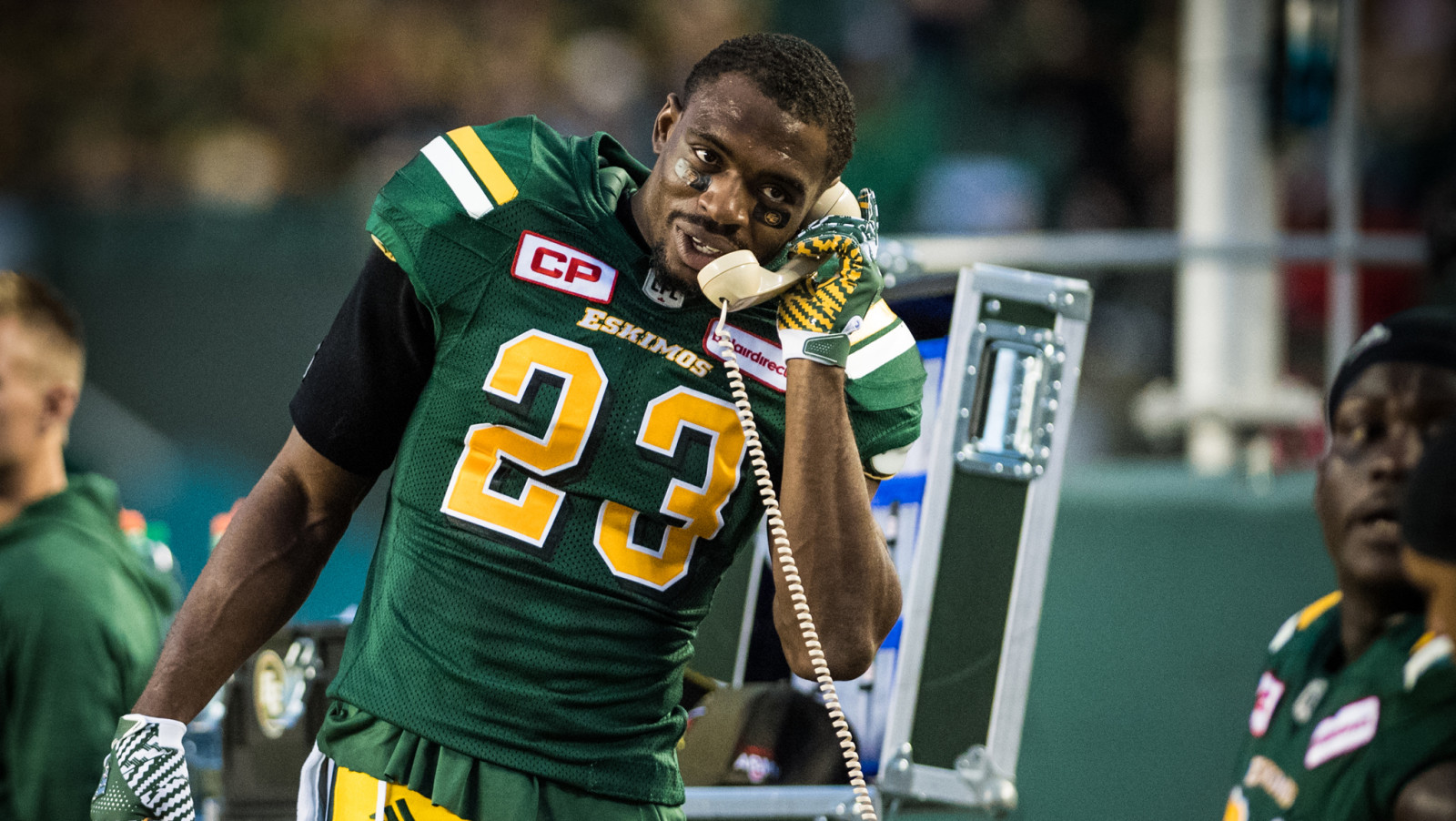 The Weekly Say: A question for every team in Week 19

TORONTO — Who will be playing where when the Eastern and Western Semi-Finals arrive on Nov. 13?

The six teams that will compete for the 104th Grey Cup Championship a month from now in Toronto have been determined as the Riders, Argos and Alouettes have all been eliminated from playoff contention. But while the cast has been set, plenty of questions remain heading into the final two weeks of the 2016 CFL season.

For those playoff-bound, the next two weeks will be key to who fits where come November. Who will win first in the East between rivals Ottawa and Hamilton? And is the East Division crossover an easier path to the Grey Cup for the defending champion Eskimos?

For the three that won’t be participating, meanwhile, the future immediately comes to mind. Should the Riders start playing their younger quarterbacks with an eye on tomorrow? And who will be the Argos’ starting pivot in 2017?

We ask some of these questions and more heading into what could be a defining Week 19.

1. Who should be Calgary’s Most Outstanding Rookie nominee?

When it comes to year-end awards, no Stampeders nominee for any honour should come as a shock.

That’s why, when the list of players eligible for Most Outstanding Rookie was released on Monday, it’s no surprise that all the buzz was about two Stampeders on the list in particular.

Taylor Loffler of the Bombers is one of the favourites but the other two might just be linebacker Alex Singleton and receiver DaVaris Daniels, both players that don the Calgary Red and White. The dilemma is in the fact that only one of Daniels and Singleton can represent the West in the award final come November.

Both have been nothing short of phenomenal. Middle linebacker Singleton has played lights out at a crucial position on defence while Daniels emerged mid-season and put up Derel Walker-like numbers (Walker won Most Outstanding Rookie despite playing in a shortened season a year ago).

Who should be Calgary’s nominee for Most Outstanding Rookie?

It wasn’t long ago back in early 2015 that Rakeem Cato was the Alouettes’ quarterback of the future after starting his career at a scorching pace at just 23 years old. Then he got hurt; then the Als acquired Vernon Adams Jr.; then in camp this year there was talk of Cato being traded or released; then, by September, Cato was starting football games again.

It has indeed been a tumultuous ride for the Marshall alum but for all he’s been through with the Als, it’s important to remember that Cato is only 24 years old and has a large part of his professional football career still in front of him.

Cato has shown composure in the face of adversity and also proven he has a skill-set catered to the Canadian game. On the flip side, he’s also faced questions over his temperament and leadership abilities following spats with teammates.

Whether it means a chance to compete to start or just to settle in and become a reliable backup, should Rakeem Cato be part of the Alouettes’ plans in 2017 or is it best for the two sides to move on?

Fan Poll
Should Rakeem Cato be in the Alouettes' 2017 plans?
Yes, he should compete to start
Vote
Yes, as a backup
Vote
No, it's time to move on
Vote
Submit View Poll Results

3. Is the crossover the Esks’ best route to the Grey Cup?

Jason Maas and Mike Reilly and company will tell you otherwise, but is the Edmonton Eskimos’ easiest path to the Grey Cup through the East Division crossover?

Yes, a home playoff game would have been nicer for the West Division’s current fourth-ranked team, while spending two straight weeks out East and playing on the road isn’t something most teams would seek out come the post-season.

Yet with the way the East has been this year, it’s a question that’s gotten plenty of play.

For one, the REDBLACKS and Ticats — the two teams the Esks would have to go through in the event of a crossover — are a combined 14-17-1 this season. The West is also 25-9-1 (.735) in head-to-head play against the East this season.

On the other hand, the Eskimos are 3-3 against the East this year, including 0-3 in matchups against Hamilton and Ottawa.

4. Should the Riders get their younger quarterbacks playing time? 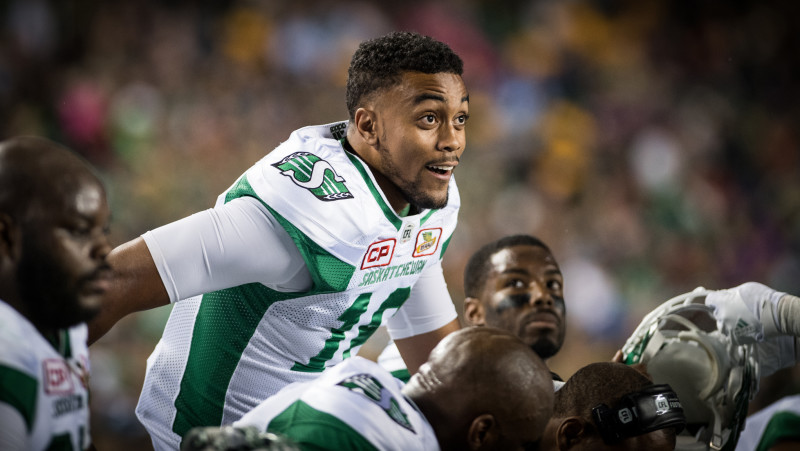 Brandon Bridge is one of three backups to Darian Durant on the depth chart (Johany Jutras/CFL.ca)

Most of the talk surrounding the Riders’ quarterback position has to do with Darian Durant and whether the 34-year-old will get a contract extension for 2017.

Whether Durant is back next year or not, should the Riders use their last two games to get a look at their younger pivots?

Chris Jones has already been busy evaluating the position and determining the team’s future past Durant — whenever that happens to arrive. But a head start could give Jones more of a window into the future.

Jake Waters and Brandon Bridge are 24 and haven’t gotten much of a chance to show what they can do in game situations. Mitchell Gale on the other hand is 26 and has shown poise in his brief stints in 2016, twice coming in for Durant and helping the Riders win close contests.

How should Jones approach the final couple of weeks?

5. Who should be the Argos’ starting quarterback in 2017?

The general feeling in Argo land is that Drew Willy probably went into action a little too soon and struggled as a result. In other words, it’s unlikely the Argos have changed their view of him as their quarterback of the future.

With that said, nothing is guaranteed and there is a stable of possibilities outside of Willy.

For one, Dan LeFevour played well in his short stint as the Argos’ starter. Logan Kilgore was once deemed the long-term answer for the Argos and Head Coach Scott Milanovich has said he’s ‘not done’ with the 26-year-old. And then there’s Ricky Ray, the veteran who showed us this season he’s still got plenty left in the tank but needs a little protection.

If the Argos choose to look outside of the organization, some names that could be tossed around are Darian Durant, Jeff Mathews, James Franklin or Rakeem Cato among many others.

Who should be the team’s starting quarterback in 2017?

6. Is rookie Taylor Loffler the best safety in the CFL?

Kyle Walters found himself a draft day steal after selecting Taylor Loffler with the 19th pick in the 2016 CFL Draft. Yet even those words might not describe the kind of rookie season the Kelowna, B.C. native has enjoyed.

Loffler is at the forefront of the Most Outstanding Rookie discussion and has arguably been the best safety in the league this season, not only laying a pounding on opposing ball carriers but also weighing in with four interceptions and a pair of forced fumbles.

At 6-foot-4, 220 pounds, Loffler has the size and the physical ability to make life miserable for offences around the league — something he’s wasted no time doing this season. But in competition against the likes of Courtney Stephen and Marc Olivier Brouillette, is it a stretch to say Loffler is the CFL’s best safety?

7. Will the Ottawa REDBLACKS win the East?

Last week the Ottawa REDBLACKS were just a win away from clinching first place in the CFL East Division. Now, all of a sudden, the picture is much cloudier.

Ottawa now holds just a one point edge on the Ticats and neither team plays each other again. That means the REDBLACKS still do control their own destiny but will have to win out in order to guarantee their second straight East Division title.

»RELATED: CFL Simulation: A coin flip for the East?

Knowing that either Edmonton, BC or Winnipeg awaits in the Eastern Semi-Final, getting that first-round bye and home advantage through the playoffs will be critical for both sides in order to try and represent the East in the 104th Grey Cup.

Will the REDBLACKS hang on to win it or can the ‘Cats steal the crown?

8. Is No. 2 the right spot for Jonathon Jennings in the QB Index?

A week after his consistency was called into question in the CFL.ca Quarterback Index, Jonathon Jennings responded with his play on the field.

CFL.ca listened and Jennings vaulted to No. 2 on the list for the first time this year. Is that where Jennings belongs?

It’s certainly not a stretch. Jennings, like Mike Reilly and Bo Levi Mitchell, has performed like a top-three quarterback this season. That much we know.

The real question is whether or not the 24-year-old Jennings, after out-dueling Reilly just last week (yes, the defences played a role too), has raised his game to the level of Reilly and Mitchell as a member of the CFL’s elite.

Think about it this way: in a one game winner take all, would you rather have Jennings under centre or Reilly?

Fan Poll
Should Jennings be ranked No. 2 in the QB Index?
Yes
Vote
No
Vote
Submit View Poll Results

9. What’s the key to the Ticats winning in the playoffs?

The Ticats might be the first to admit that, at 7-9, they’ve underachieved a little bit this year. Yet none of what’s happened so far will matter if the City of Hamilton gets to celebrate its first Grey Cup Championship since 1999 this November.

Hamilton could be two, potentially three playoff victories away from achieving such a thing, but the problem is the Ticats have put together just one winning streak all season — a meager two-game streak back in July.

Notorious for heating up late and peaking at the right time, what will it take for the ‘Cats to find their consistency and get to the Grey Cup?

You would think the discussion would start with a healthy Zach Collaros, yet Hamilton is below .500 when Collaros plays. With that said, what’s the key to a successful post-season in the Hammer?

Fan Poll
What's the Ticats' key to success in the playoffs?
A healthy Zach Collaros
Vote
Establishing the run
Vote
Protection from the O-line
Vote
Takeaways by the defence
Vote
Pressure from the D-line
Vote
Submit View Poll Results