CFL Insights: The end of an era 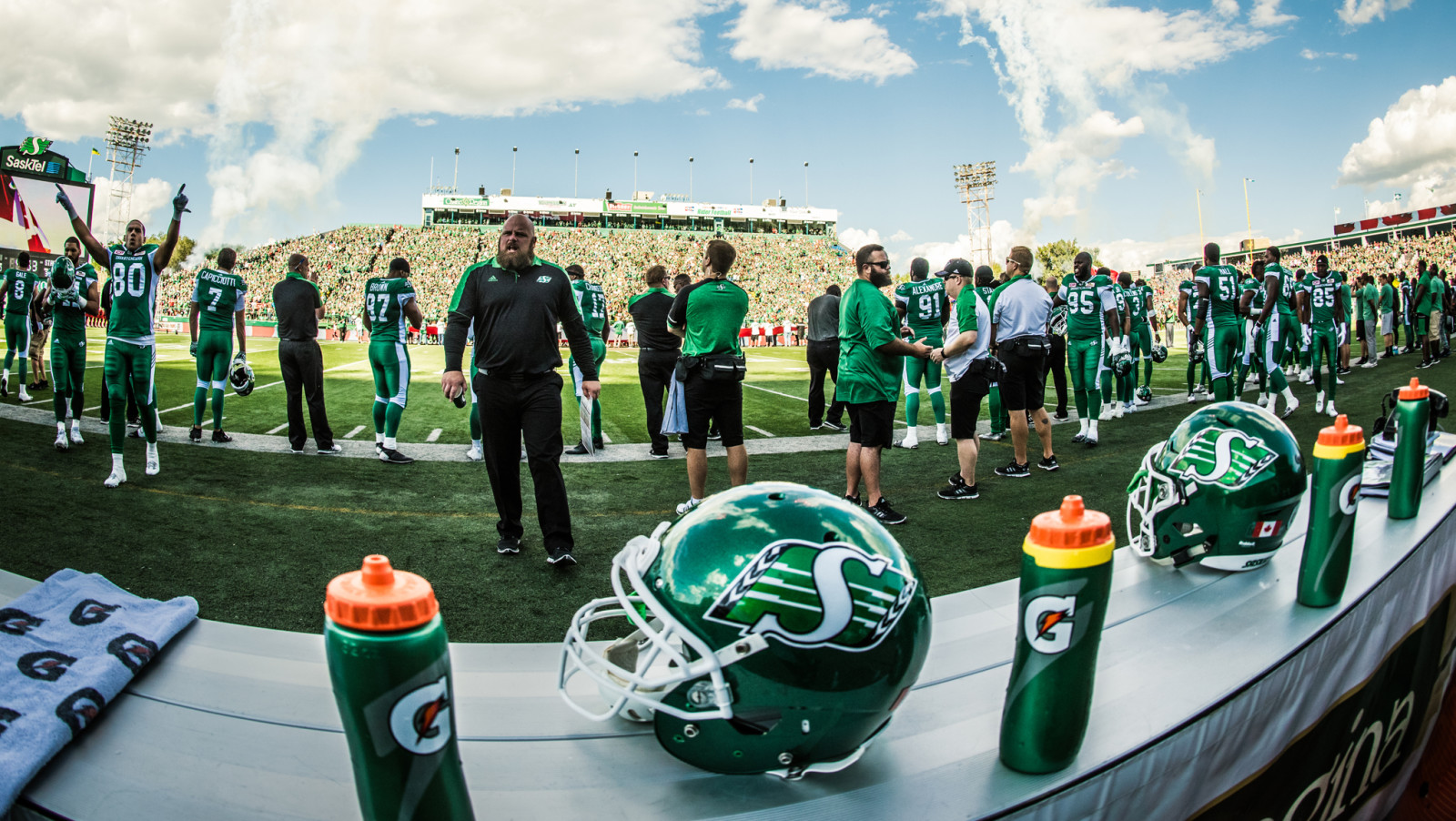 CFL Insights: The end of an era

TORONTO — There are only a few more days before the Saskatchewan Roughriders say goodbye to a legendary Canadian Football League icon.

Whether you call it ‘Mosaic’, its original namesake ‘Park de Young’ or the popular ‘Taylor Field’, the football mausoleum now formally called Mosaic Stadium has always been synonymous with football in Regina.

Football in the province of Saskatchewan matters and the Riders have played on those grounds on Piffles Taylor Way ever since 1910. It was 26 years later that a stadium was built and today’s home of the Riders was born.

Tomorrow’s home of the Riders will be just down the street in the form of New Mosaic Stadium; the new digs that Riders fans and the team have long-awaited for and most definitely deserve.

On Saturday, however, when the BC Lions come to town for the last time in 2016, everything will be about honouring a long-standing tradition in Mosaic. 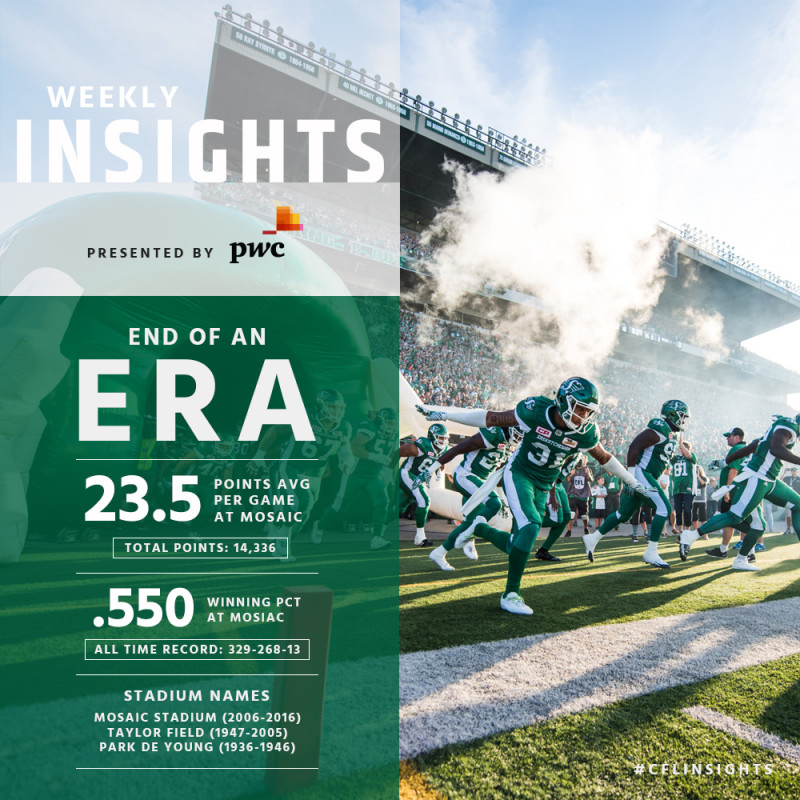 The Riders’ storied history includes 1,221 games played, 611 of which coming at Mosaic Stadium. It’s no surprise the team has played better in those 611 meetings. Riders fans are passionate and Mosaic is where they go to let that all out.

For Riders fans and CFL fans alike there can be both joy and sadness when the moments tick away on what’s been a long, storied era that — even in its passing — will always endure the test of time.

Check back weekly for more CFL Insights presented by PWC.