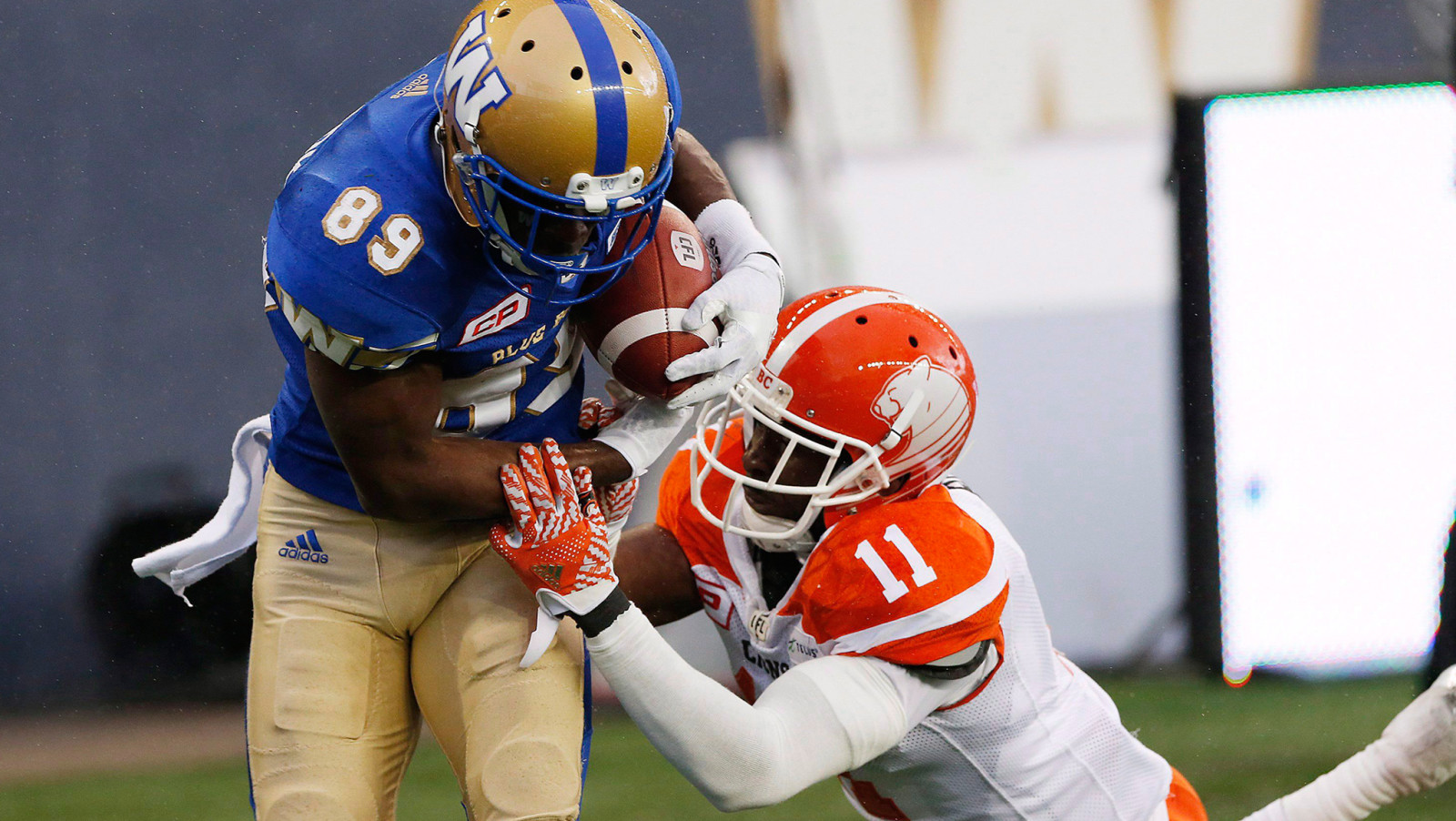 The 2016 regular season is in the books and the Division Semi-Finals get underway on Sunday.

It all starts in Hamilton, where the Tiger-Cats host the Edmonton Eskimos in the Eastern Semi-Final. It’s no secret that the Ticats have dealt with injuries throughout the 2016 season but they are hoping that who is in the lineup will help them get to the next round. Receivers Kevin Elliott and Junior Collins, along with Terrence Toliver and running back CJ Gable will be looked upon quite often during the contest by quarterback Zach Collaros, who is making his first playoff appearance in almost two years. Hamilton’s defence will have their work cut out for them against the Esks’ offence as they will have the task of matching up against the league’s regular season leading receivers. Led by quarterback Mike Reilly, the Eskimos have a long list of weapons at their disposal. Adarius Bowman, Derel Walker, John White and Brandon Zylstra will all have to be shut down if Hamilton wants to find success against Edmonton. It’s really anyone’s game.

The action then moves to Vancouver, where the BC Lions play host to the Winnipeg Blue Bombers for the Western Semi-Final. Winning the turnover battle will be key for these teams to get the win. The Bombers boast the best defence in the league in terms of interceptions, collecting 30 on the season. It’ll be up to young pivot Jonathon Jennings to make sure he doesn’t throw any picks to the ballhawks that fly in the Winnipeg defence. As for Jennings’ offence? The Lions boast one of the best offensive attacks in the league – both through the air and on the ground. Jennings can look to pass to Bryan Burnham, Manny Arceneaux or Terrell Sinkfield or hand the ball off to Jeremiah Johnson or Chris Rainey. The Bombers, meanwhile, have Matt Nichols leading the charge, as he has all season long for Winnipeg, turning their 1-4 season into a playoff bound one. Justin Medlock may be a game changer for the Bombers on special teams, as he led the league in field goals made (60), completed 88.2 per cent of his kicks, and is no stranger to booting clutch kicks at the last second. 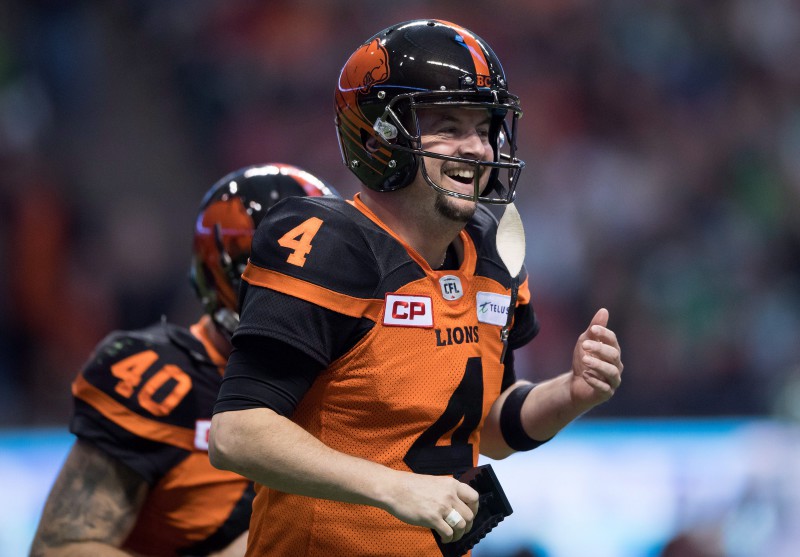 Reilly, Reilly good: The 2015 Grey Cup Champion and last year’s Grey Cup Most Outstanding Player Mike Reilly had another stellar season in 2016 passing for a total of 5,554 yards and 28 touchdowns. This is Reilly’s best season to date in both categories; he has played in a total of 103 games with 61 starts in his seven seasons in the CFL.

Stellar Bo: Calgary’s Bo Levi Mitchell, who sat out the final game of the 2016 regular season, finished second in total yards passed with 5,385 and topped the list of all quarterbacks with 32 touchdowns. The 26-year-old Mitchell is in his fifth CFL season and has played in 89 regular season games. His career record as a starter in 51 games is 43-7-1, the best all-time in the CFL.

Youngser Jennings: BC’s Jonathon Jennings capped off his first full season as a CFL starter in third place in total passing yards with 5,226 and trailed Mitchell and Reilly in touchdowns with 27. Jennings, who is 24 years old, has played in 36 CFL games with 24 starts.

Team 1000: For the third straight year, Edmonton Eskimos receiver Adarius Bowman surpassed the 1,000-yard mark. The nine-year veteran led the league in two of three receiving categories this season, with 1,761 total receiving yards and 120 receptions. Despite not playing in Edmonton’s final game of the season, Bowman’s 120 receptions is still the fifth-highest in league history. This was a banner year for Bowman who had career highs in both categories and added nine touchdowns, another personal best in his nine CFL seasons.

Team 1000 x2: Derel Walker, another Edmonton receiver, finished second among all receivers with 1,589 total receiving yards this season. In only his second year in the league, Walker recorded 10 touchdowns for an impressive total of 16 touchdowns in 30 games played since 2015.

The Manny Show: BC Lion Emmanuel Arceneaux recorded his best stats in six CFL seasons this past year. Arceneaux collected 13 touchdowns, 1,566 total receiving yards and 105 receptions – good for first, third and third respectively among all CFL players this season. This was the third time Arceneaux surpassed the 1,000-yard mark in his career and the first time he recorded more than 10 touchdowns in a single season.

Fab four: Ottawa’s Fab Four made CFL history this past season, being the only four players to each surpass 1,000 receiving yards for the same team in two consecutive seasons. Greg Ellingson (1,260), Chris Williams (1,246), Ernest Jackson (1,225) and Brad Sinopoli (1,036) were all among the 15 CFL players to reach 1,000 yards. All four REDBLACKS players combined for a total of 28 touchdowns. Jackson is Ottawa’s nominee for Most Outstanding Player and Sinopoli is their nominee for the league’s Most Outstanding Canadian – an honour he won in 2015.

This is the fifth time in CFL history 15 or more players have reached the 1,000-yard club.

The train: The Calgary Stampeders’ nominee for Most Outstanding Canadian Jerome Messam topped all running backs in two key rushing categories in 2016. The eight-year CFL veteran rushed for 1,198 yards and scored 11 rushing touchdowns this season – the best in both categories in 2016. This marks the third time Messam has surpassed the 1,000-yard mark, one short of Norm Kwong’s four seasons.

Whitaker making waves: Toronto Argonaut Brandon Whitaker finished second in total rushing yards this season with 1,007; he also scored three touchdowns. The Baylor alum and eight-year veteran had his second-best CFL season since joining the league in 2009 and is the Argonauts’ nominee for Most Outstanding Player in 2016.

Hometown hero: Winnipeg’s hometown hero and seven-year CFL veteran Andrew Harris finished third overall with 974 total rushing yards this season and ran in for four touchdowns. Harris just missed the 1,000 yard mark this year which would have been the third time surpassing that mark in his career. Harris is the Blue Bombers’ nominee for Most Outstanding Canadian this season.

» PHOTOS OF THE WEEK: THE BEST PHOTOS FROM WEEK 20

Photos of the Week: Week 20

First playoff meeting: This year’s East Division Semi-Final will be the first ever playoff meeting between the Tiger-Cats and the Eskimos. In post-season play they have before just twice, the 1980 and 1986 Grey Cup games played in Toronto and Vancouver.

No sack attack: Edmonton did not record a single sack against Hamilton and there were just three total turnovers in the two games.

Quarterback vs. Quarterback: Mike Reilly is 4-3 in 7 starts for Edmonton vs Hamilton; Zach Collaros is 2-3 for Hamilton vs Edmonton.

Fast finishes: The fourth quarter was by far the Tiger-Cats’ best outscoring opponents 177 to 89 (+88).

Holding onto the ball: In their last 6 games Hamilton had only one game with more than two giveaways and were a +3 on T/O Ratio.

Back-to-back: Edmonton is trying to become the first team to defend their Grey Cup title since Montreal won back-to-back in 2010.

Close calls: The Bombers have now won 4 in a row over BC sweeping the last two season series; all FOUR games went down to the final 3:00. The last three BC-Winnipeg meetings have been decided by a total of 8 points (margins: 3, 2 & 3 points).

End the drought: This playoff appearance for Winnipeg halts a 4-year absence, matching their longest ever non-playoff run (1967 to 1970).

Nichols streaking: Matt Nichols has a 7-game streak with at least one TD pass; he threw 1 INT in his first 7 starts but had 8 INTs in his last 6 games.

Ballhawks: The 30 interceptions by Winnipeg was 13 more than any other club and the most they had since 2009 (31).