Esks battle through weather, injuries to move on to Eastern Final 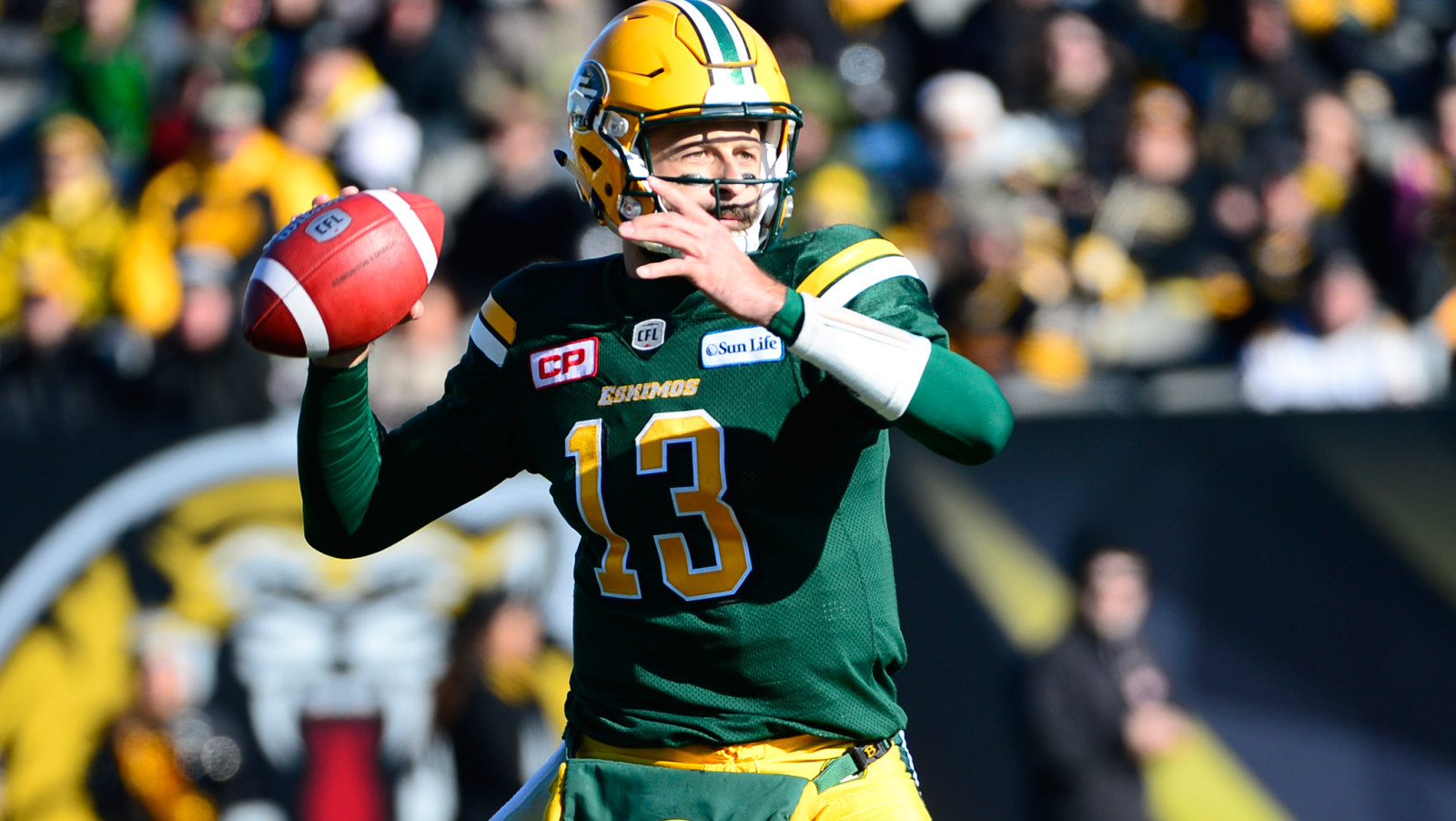 Esks battle through weather, injuries to move on to Eastern Final

HAMILTON – The Edmonton Eskimos had many reasons to celebrate following the team’s crossover victory in the Eastern Semi-Final.

For one, the team continues its unorthodox journey to the Grey Cup in the East Division. The other, perhaps the biggest question facing the Esks after the game, is that quarterback Mike Reilly appears good to go following a fourth quarter injury scare.

All eyes were on Reilly as the star pivot left the game a few minutes into the final frame of the Eskimos’ 24-21 victory over the Hamilton Tiger-Cats. He was helped to the sidelines while holding his left hand but neither him nor head coach Jason Maas seem too worried about his status for next week’s Eastern Final against the Ottawa REDBLACKS.

“We will evaluate him tomorrow,” said Maas. “I know this. if there’s one quarterback who can play through what he has, it’s him.”

“I’ve played through worse than whatever it is I’ll be dealing with,” said Reilly. Asked if he will play on Sunday, his response was simple. “I don’t have any doubt.”

Should Reilly’s availability for next week change, Maas reiterated his confidence in backup quarterback James Franklin and the rest of his team. Franklin entered the game under centre when Reilly did not return.

“We plan on winning, that’s the bottom line. I will always say there’s a reason Mike’s the starter, he gives us the best chance,” said Maas. “But I look at the other 43 guys on the roster and they’ll be good enough.”

Along with facing a tough Ticats defence, the Esks also had to battle with the elements. The weather remained a factor throughout the game with wind gusts affecting offensive gameplans and kickers all game.

The Esks came into the game with a game plan to counter the weather as much as possible. Running back John White took advantage of the extra touches, rushing for 160 yards and two first half touchdowns.

“Establishing our run, we knew it was going to be important today. Our o-line did a great job doing that for us and it obviously was a key to victory for us,” said Maas.

“It was tough, for sure. I think in the second half it maybe calmed down a little bit but it was still howling pretty good,” said Reilly. “I thought our team did a great job in the first quarter when they were with the wind and we were going into it, first for our defence to hold pretty well and then offensively, we put together a pretty long drive.”

Despite not playing with the wind on their side in the first half, the Esks still managed to hold the lead at halftime.

“Any time you can score into the wind, as bad as it was, it’s huge,” said Maas of the team’s first quarter. “Particularly your first drive, taking that much time off the clock, you just want to limit the possessions they get with the wind and I thought we did that.”

The team now moves on to face the REDBLACKS at TD Place in a rematch of last year’s Grey Cup game. Maas and the Esks have struggled against Ottawa this season, failing to register a win in two contests.

“That 0-2 taste we have in our mouth, having faced them this year, I think we want to rectify that,” said Mass.

If the Esks have proven anything so far, it’s that they are determined to get back to the Grey Cup no matter what division they have to get through.