Reilly on starting next week: ‘I don’t have any doubt’

Reilly on starting next week: ‘I don’t have any doubt’

HAMILTON – The Edmonton Eskimos could be without star quarterback Mike Reilly for the rest of the Eastern Semi-Final.

That said, after the game Reilly claimed it is unlikely he would miss next week.

When asked about how he feels about starting next week in the Eastern Final, Reilly said, “I don’t have any doubt … I have played through worse than that”

Reilly left to the sidelines with 11:54 remaining in the fourth quarter with the team’s training staff holding his left hand following a tackle by Simoni Lawrence. He later departed to the locker room and was replaced in the game by backup James Franklin.

Reilly threw for 133 yards on 10-of-19 passing before leaving. In last week’s victory, Franklin had four touchdown passes and 335 yards in his first start of the season. 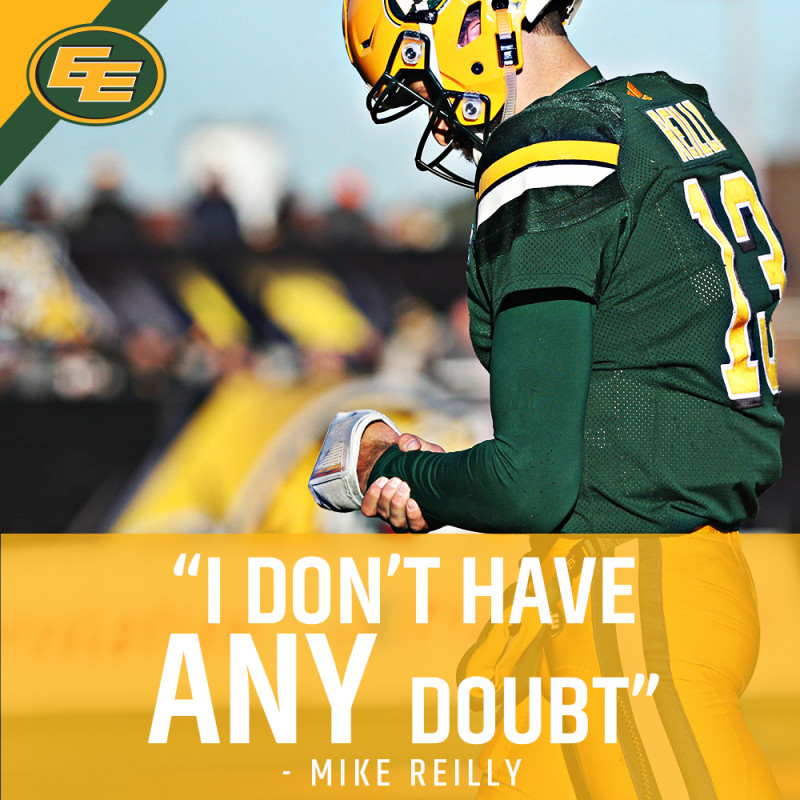 It is unclear if Reilly will play in next week’s Eastern Final against the Ottawa REDBLACKS. When asked about the injury after the game about his status, he said “I don’t have a doubt,” and added that he “has played through a lot worse.”