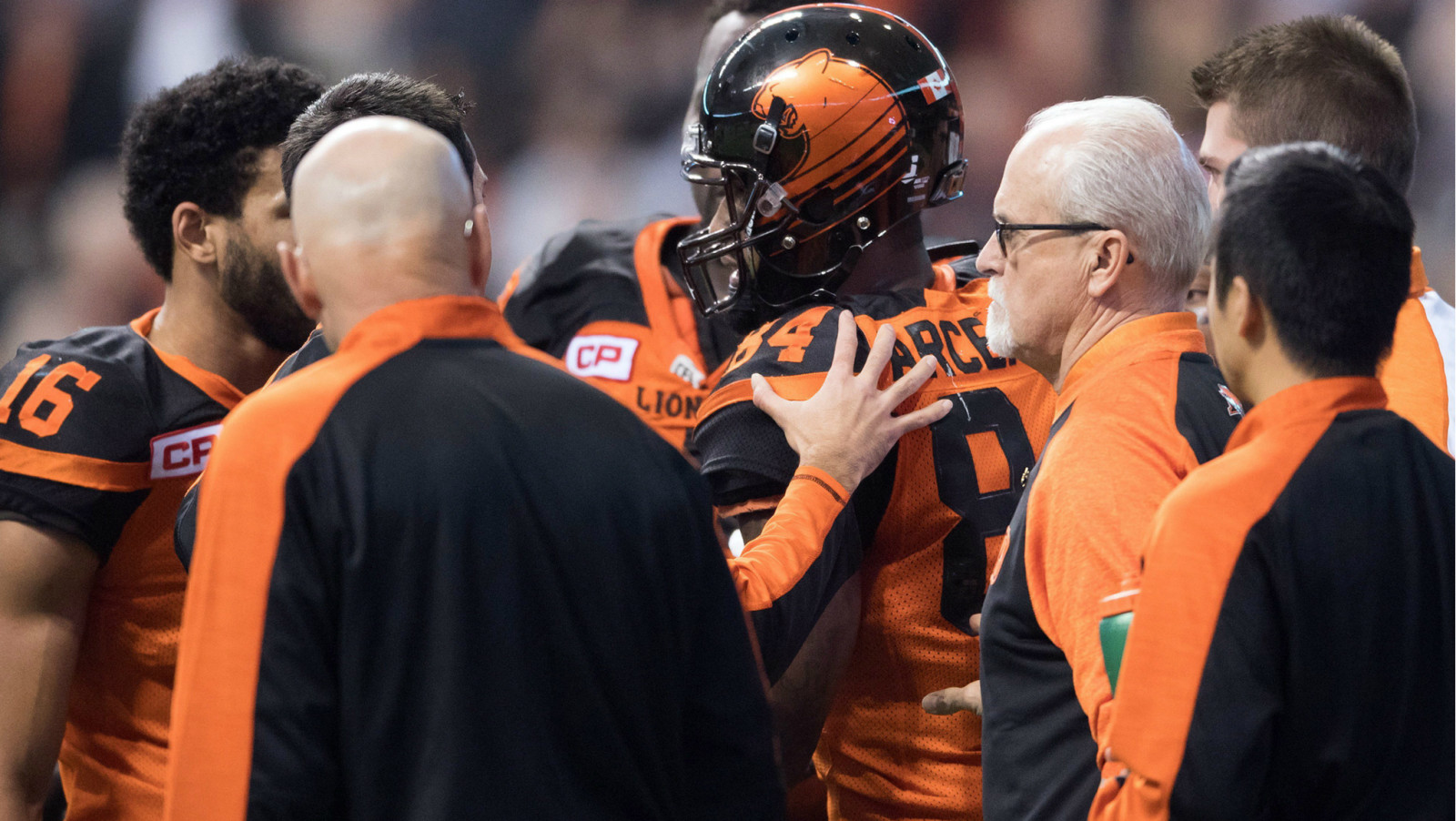 VANCOUVER – BC Lions wideout Manny Arceneaux left the team’s Western Semi-Final victory against the Winnipeg Blue Bombers after an end zone hit and did not return.

Looking to help the Lions rally from a 28-12 third quarter deficit, Arceneaux nearly caught a touchdown but was hit over the middle by Bombers defensive back Taylor Loffler.

Arceneaux was helped off the field by the team’s training staff and went to the locker room. His status for next week’s game against the Calgary Stampeders is unknown.

Arceneaux led the league with 13 receiving touchdowns and was BC’s top receiver with 1,566 receiving yards. He had four receptions for 56 yards in the Semi-Final game.