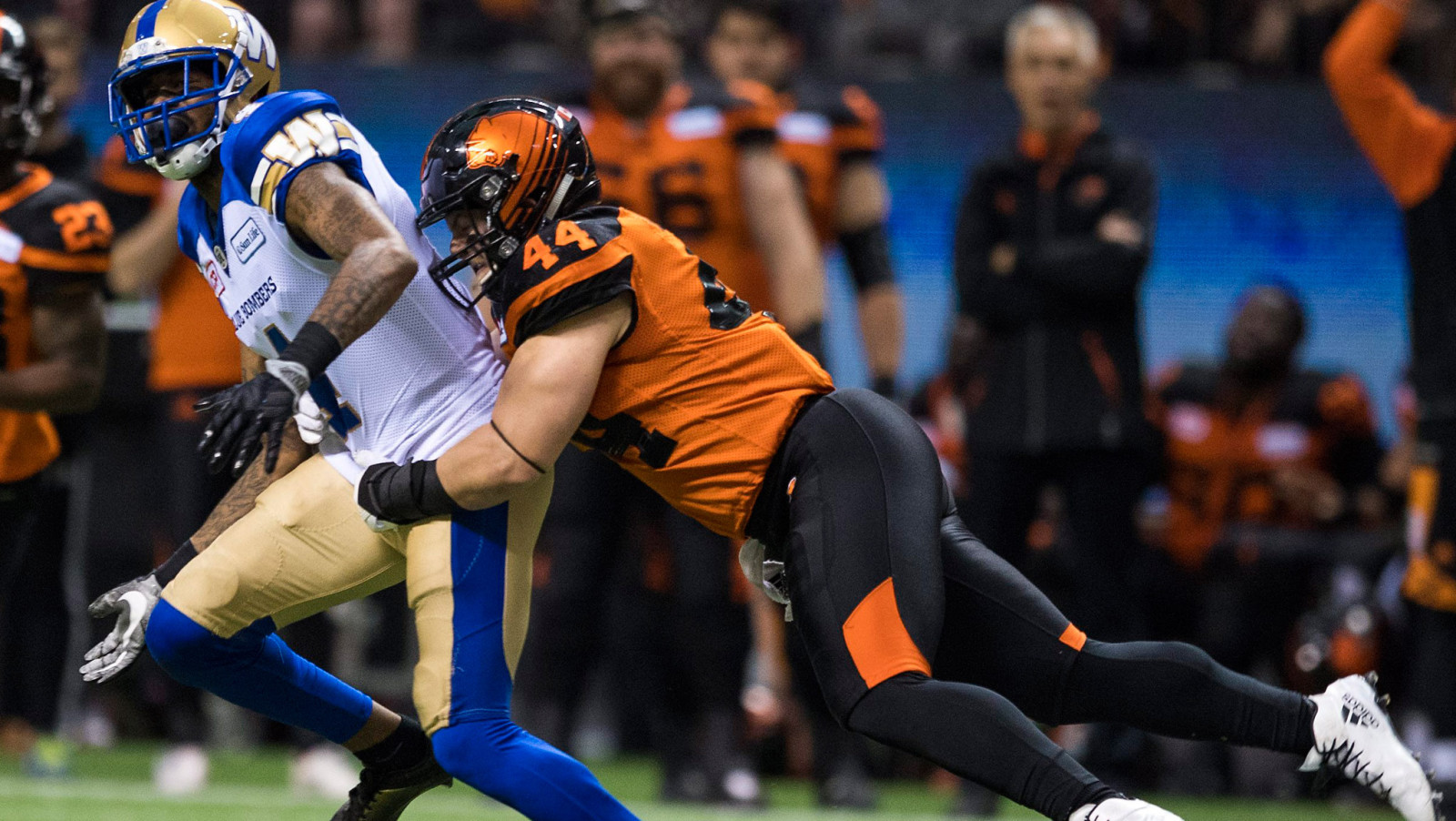 The BC Lion players and coaching staff could have gone into intricate detail about the defensive changes they made in the second half of their thrilling 32-31 victory over the Winnipeg Blue Bombers in Sunday’s CFL Western Division Semi-Final.

Veteran defensive back Ryan Phillips cut through the complicated explanations and made it simple. It wasn’t what the Lions saw on the chalkboard at half time that turned the game around. It was correcting what was going on inside their helmets.

“It was the simple things that were killing us in the first half,” said Phillips. “Busted coverages, a lack of communication. Things we had been doing for 18 weeks.

“We knew we had 30 minutes left. That’s the kind of football you play.”

So, what changed between the first and second half?

After giving up 25 points in the first 30 minutes, the Lions held the Bombers to just two field goals in the last two quarters. The Bombers had 266 yards total offensive in the first half, but were limited to 193 in the second.

BC also showed better discipline. The Lions were flagged for six penalties for 67 yards in the first half. They took just four for 36 in the final 30 minutes.

“We just gathered ourselves, our composure,” said middle linebacker Solomon Elimimian, the West’s nominee as Outstanding Defensive Player, who led BC with six tackles.

“We were making a lot of dumb mistakes. I feel like in the first half we let our emotions get the better of us. Then we recomposed ourselves.”

The Lions managed to eliminate the mistakes on coverages and missed tackles that allowed Bomber slotback Weston Dressler to make a 60-yard catch and running back Andrew Harris to explode on a 22-yard romp in the second quarter.

Mark Washington, BC’s defensive coordinator, smiled and ran a hand over his bald head when talking about the game’s first half.

“The reason I don’t have hair is because of the first half,” he said.

“We changed our scheme a little bit (in the second half). We had a certain way we were going to play them in the first half, it somewhat worked. “

The Lions finished the regular season with 52 quarterback sacks, tying them with the Calgary Stampeders. They never got to Nichols, but in the second half BC managed more pressure, forcing the Bomber quarterback to hurry some throws. They also shut down Winnipeg’s short passing game and prevented Harris from breaking free.

Defensive end Alex Bazzie said even though they were trailing by 13 points, the Lions went into the third quarter convinced they weren’t out of the game.

“We knew we giving them big plays,” said Bazzie, who had two tackles. “We had been in this situation before. Nobody panicked. Everyone had faith in one another.”

With their season on the line, the Lions’ defence started to play better when it counted the most.

“The main thing is, the guys executed,” said Washington. “They made plays when they needed to.

The Lions now travel to Calgary for the West Final to face a Stampeder team that lost twice all year long. One of those losses was against BC in the first game of the season.

Phillips knows playing half a game on defence won’t beat the Stampeders.

“We have to understand that we have to play for 60 minutes to beat that team next week,” he said.

“We have to go out there mentally focused. That team is not going to let us come back from a deficit like that. They don’t kill themselves. They are a disciplined team.”