Orridge speaks on significant changes in progress in annual address

Orridge speaks on significant changes in progress in annual address

“When we look at the current state of the league, that’s the word that comes to mind: progress,” he said at his annual news conference, a key media event in the run up to the 104th Grey Cup presented by Shaw on Sunday. “We’ve done a lot to move the chains forward.”

Orridge said the game of Canadian professional football is in excellent shape. Offensive scoring, a major concern just two years ago, is up 20% compared to the 2014 regular season, and is up 10% over last year.

“This is a result of making significant changes to open up the game,” Orridge said.

The number of penalties, a concern a year ago, was down 12% in the regular season, or about three flags per game. The league had eight regular season overtime games, matching the CFL record. The margin of victory in more than a quarter of the games was four points or fewer. And the outcome of half of the games remained undecided until the final three minutes.

“I would stack our game against any other,” Orridge said.

The Calgary Stampeders face the Ottawa REDBLACKS in the 104th Grey Cup presented by Shaw here this Sunday evening at 6 pm ET. The game can be seen on TSN and RDS in Canada, on ESPN2 in the United States, on BTSports in Ireland and the United Kingdom and will be streamed live outside of North America.

He said the league’s goals are to keep the fans it has by engaging them more and more, attract new and diverse fans, and reach and include the next generation of fans.

He cited that fact that while ratings for the CFL on TSN were up by 3% overall, they were up 7% in the key 18-49 demographic, and female viewership is up 7% compared to last regular season.

“These numbers suggest that we are moving in the right direction, and we have lots more work to do,” Orridge said.

More than two million fans attended a CFL game for the third straight year, and the league averaged just shy of 25,000 fans per game, but overall announced attendance was slightly down from one year ago. 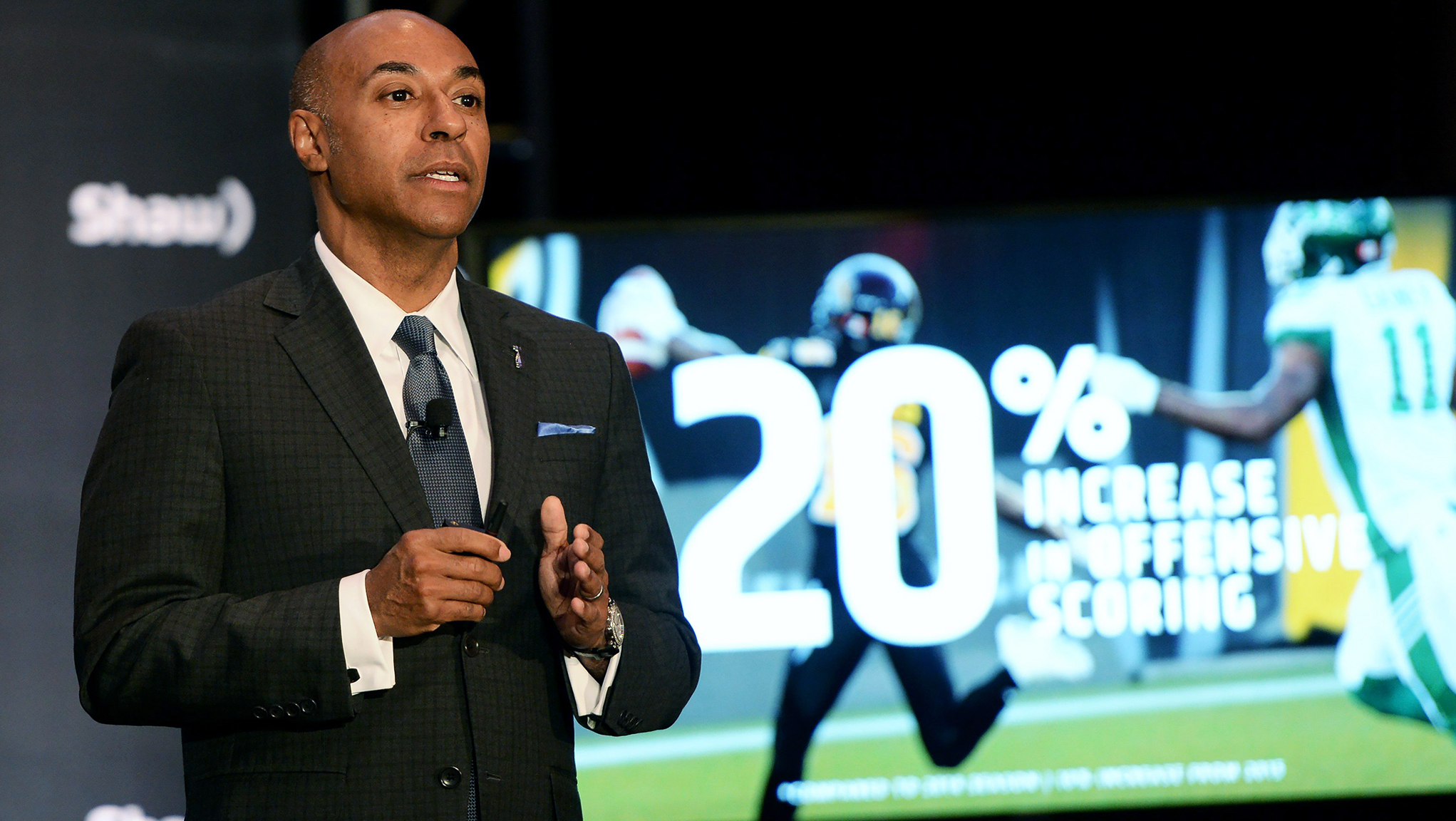 “This confirms we need to do more of the work we have been doing to keep our current fans and attract new and younger fans,” he said.

The Commissioner said an investment in the league’s digital platforms is an important part of this strategy. Traffic doubled on CFL.ca this year, and engagement was up on Facebook (37%), Twitter (80%) and Instagram (293%).

Sunday’s game – the national championship of Canadian professional football – will be played outdoors at refurbished BMO Field, which this year become the new permanent home of the CFL’s Toronto Argonauts.

“Under new, committed ownership, they have begun to rebuild,” Orridge said.

The Argos saw a 14% increase in attendance, doubled their season ticket base, and saw 10% increase in television ratings on TSN for their games, he continued.

He acknowledged that many people – including the Argos owners and management team – would have loved to have seen a complete turnaround in just one season.

“It’s going to take some time,” Orridge said. “But there’s a bright future, and definitely a place in Toronto for the Argos.”

He emphasized the league’s continuing commitment to player health and safety, including the introduction of a stronger drug testing policy, developed in cooperation with the Canadian Football League Players Association, and this year’s addition of injury spotters to the league’s Command Centre for all games.

He cited other progress for the CFL: league-wide education for players and league and team staff as part of the league’s policy on violence against women, new initiatives with You Can Play, which promotes access and fairness for LGBTQ athletes and fans, and the introduction of a clear anti-tampering policy governing coaches’ movements between teams. 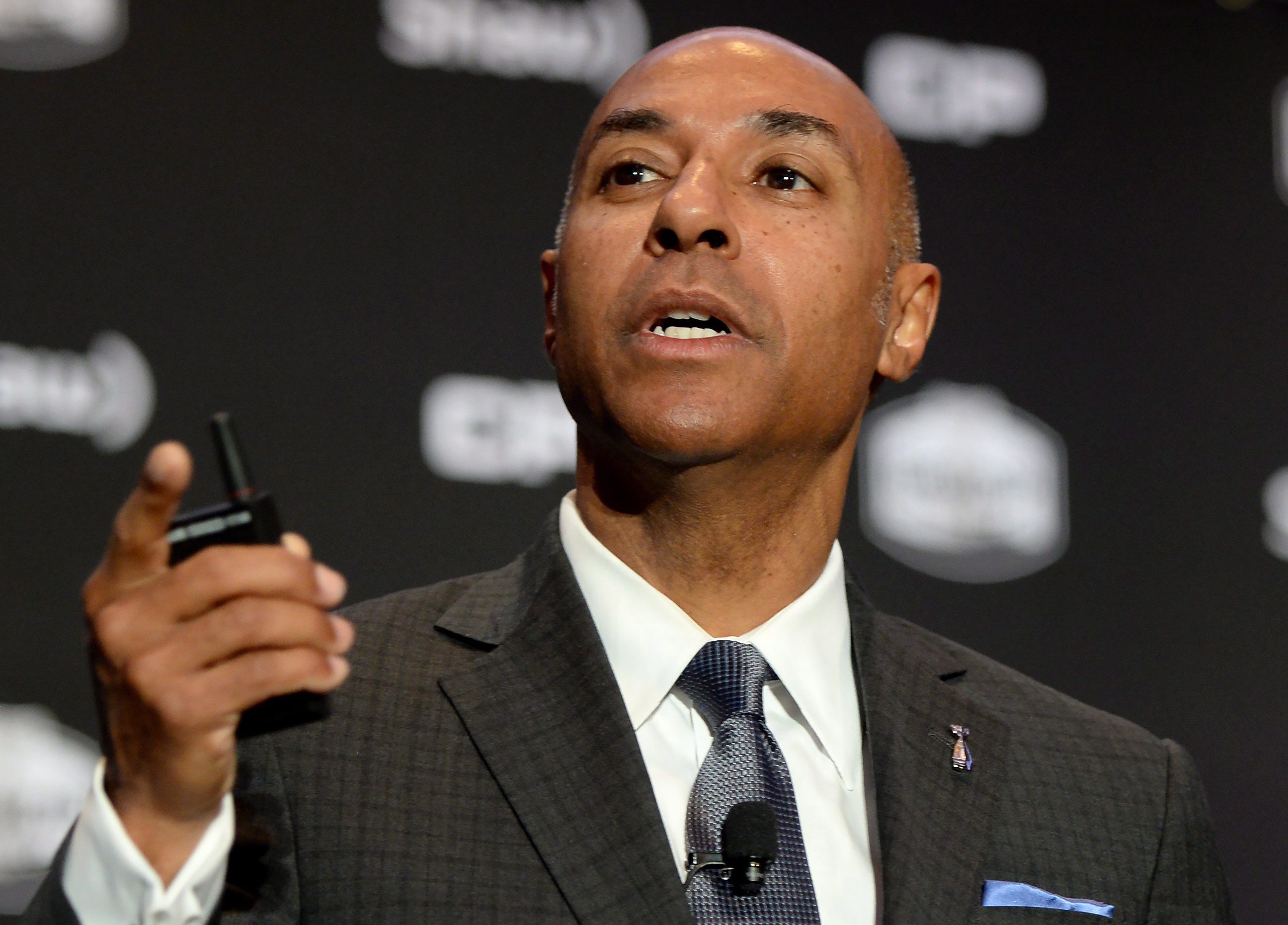 Orridge acknowledged that the Western Division had a large edge in play this year: 2016 marked only the 12th time in 56 years of interlocking play that one division won more than 70% of contests between teams from the two divisions.

The league is always open to improving its structures but the current playoff format has served the league well over several years, and the CFL will likely want to monitor the situation beyond one “unusual” year, he said.

“Whether it’s our game, our fan engagement, marketing or our policies, we are moving forward,” Orridge said.

“We haven’t been this strong and stable in quite some time. And that means we can focus on some of these long term challenges. We are seeing real, positive progress.”