REDBLACKS defenders have a give and take relationship 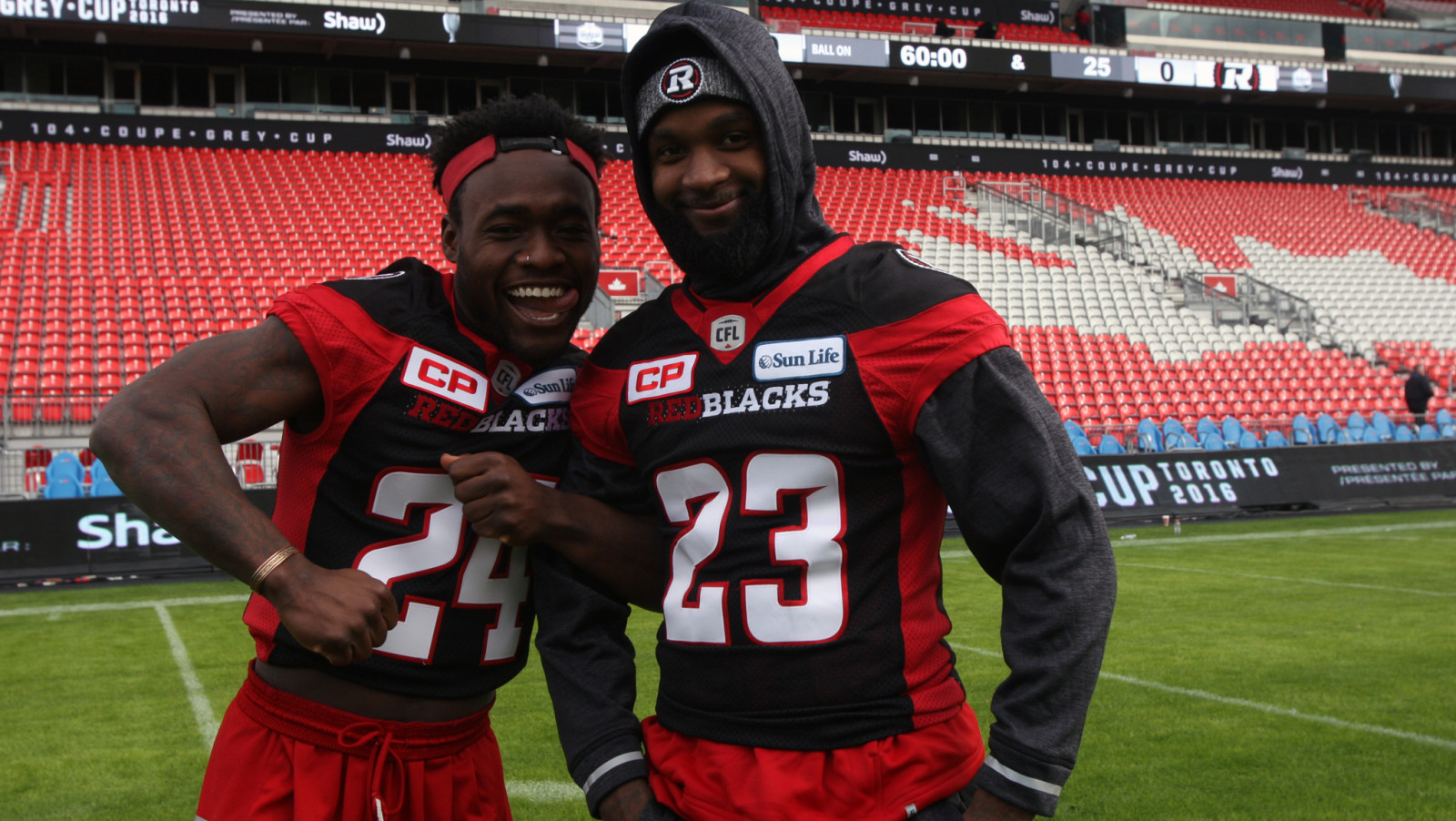 REDBLACKS defenders have a give and take relationship

When it comes to his improved play in 2016, Ottawa REDBLACKS’ defensive back Forrest Hightower has been his own best friend. At times, he has also been his own worst enemy.

In times of self-doubt or overly critical self-analysis, a valued friend and teammate steps in.

“Since I’ve come here, Jerrell Gavins has always been a mentor to me on and off the field,” said Hightower, the 24-year-old sophomore who will make his CFL championship game debut in the 104th Grey Cup presented by Shaw.

Hightower would have played in the Grey Cup last year in Winnipeg, as a rookie, had he not been injured and unavailable. He’ll go into this year’s game as a better player than he was in his initial season and more than just a wee bit of that has to do with the relationship he and Gavins have developed.

“He helps me with a lot of things,” explained Hightower, the California native who played his college ball at San Jose State. “When I’m down and I’m not doing really well, Jerrell is the one that’s always picking me up. And when I’m doin’ really well, he’s always the first person to congratulate me all the time.” 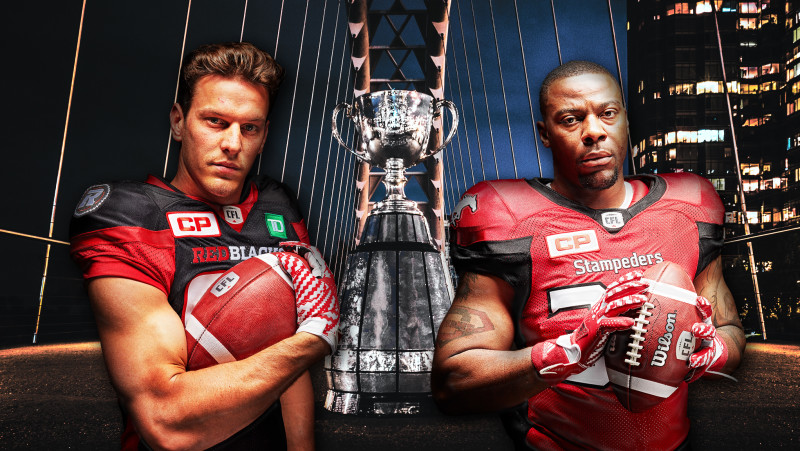 The 104th Grey Cup kicks off on Sunday at Toronto’s BMO Field (CFL.ca)

That Gavins and Hightower have a good relationship is very apparent to see. It’s plainly evident when they are clowning around and mugging for the camera. It’s in the gushing praise that Hightower has for his buddy and in the glowing assessment that Gavins has for his teammate in return.

In Hightower, Gavins sees a highly intelligent, happy-go-lucky young man who has brought an edgier nature to his play in year two.

“He just got more aggressive, basically,” he said of Hightower, who finished the regular season with 48 tackles and two interceptions, adding two more tackles and a pass knockdown in Ottawa’s Eastern Final win against Edmonton.

There can be times of self-doubt, even in a season of mostly top notch defensive play. Gavins believes – and Hightower backs him up – that he has an ability to hit a kind of reset button on the man who is four years his junior.

“I just know his body language, I just read him very well,” said Gavins, the 28-year-old graduate of Boise State who is in his third CFL season. “I know how to counteract and help him.”

Gavins rejects the notion that he is Hightower’s mentor, preferring to say that they share a close relationship is all, and that his genuine fondness for the young man is what makes him naturally feel he wants to help.

“We’re cool. We’ve got a bond,” he said, before explaining the ways in which he feels he can and does lift Hightower out of any uncertainty.

“I’ve just gotta get him to believe in himself, sometimes, and when he believes in himself, he’s probably one of the best DB’s in our secondary,” he said.

“He’s a super perfectionist. When he doesn’t get it right, he gets so down on himself. He hones in on his mistakes too hard.”

“He’s the happiest, joke-loving person in the world. When he’s not that, that’s when I gotta go holler at him,” Gavins said with a laugh.

Hightower had some work to do in the off-season when he was asked by defensive coordinator Mark Nelson to improve his man-to-man cover skills in order to get ready for the 2016 season. “When he came back to training camp this year, Forrest had busted his butt all off-season,” said Nelson. “The things that he was weak on, he really improved on.

“He’s done a heck of a job for us,” Nelson continued. “He’s a very smart young man so he doesn’t make very many mental mistakes. We can count on him.”

And Hightower can count on Gavins, the strong-side linebacker who is very often lined up in the same vicinity as Hightower, the defensive half back. That proximity means the two of them can easily continue their buddy-buddy ways, often bringing some levity to the scene even as serious game situations are playing out.

“We comunicate a lot on the field. We joke around. It’s always smiles. We’re laughing and giggling every single time we play,” said Hightower. The ringleader of that business is likely to be Gavins, who believes in a correlation between the emotional and the physical.

“Thinking tight will have the body tight,” Gavins said. “Most of the time we’re cursing, and just talking all type of savage stuff. Just havin’ fun. You can’t be tight.”

So it is that Gavins – who was moved from the defensive backfield and into the linebacking corps midway through this season – keeps Hightower in gear, with humour and the odd lecture about cutting himself some slack when necessary.

It’s more than just that, however, according to Hightower, who is highly complimentary of Gavins’ ferocious play. At 5-foot-8 and 178 pounds, Gavins is not in the least wary of high speeds and bone-rattling contact.

“His mental strength is beyond measure,” said Hightower. “Sometimes I don’t know how he does it. Everyone knows he’s the smallest guy on the field and he has the biggest heart out there.

“That, alone, motivates me to be a better person, a better player on the field.”

In Gavins, Hightower sees a role model and a mentor. In Hightower, Gavins sees the infinite possibilities stretched out in front of his friend.

“He has the complexity in his mind to do whatever he wants to do. He just has to believe it and know it.”

The way Gavins sees it, it’s his pleasure to help out with that.