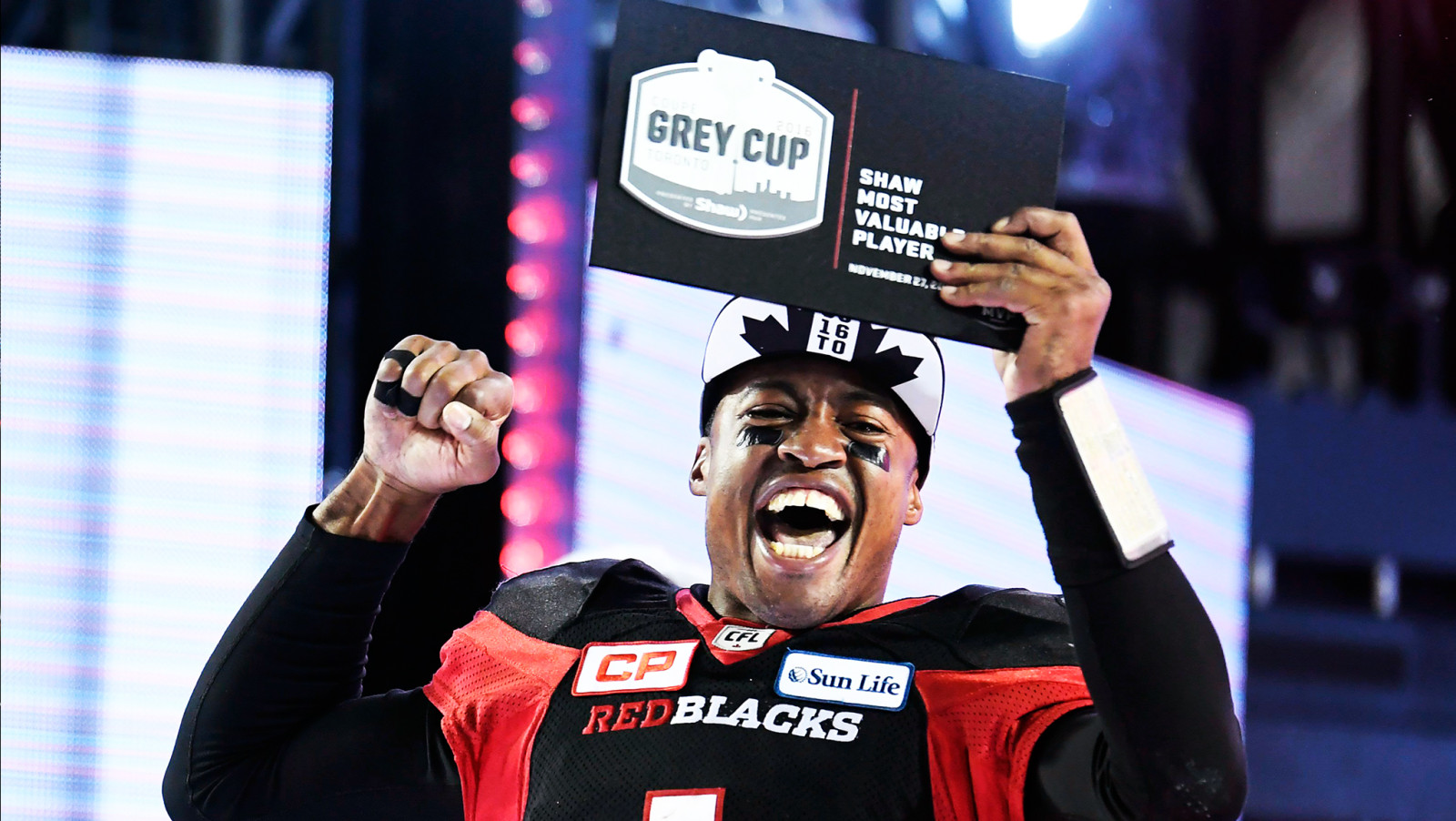 TORONTO — In a game that he almost didn’t play in, in a season when many doubted him, Henry Burris was named the Most Valuable Player in the 104th Grey Cup presented by Shaw.

“There was almost a situation where I wasn’t able to play today,” Burris said after being named the MVP. “My knee locked up on me before the game. I wouldn’t have been able to accept that. For all of those haters out there, their organizations haven’t won a Grey Cup in decades.”

Burris threw for 461 yards and two touchdowns on 35 of 46 passing in the Ottawa’s first Grey Cup win in 40 years.  In doing so, he became the oldest starting quarterback to take home the trophy.

The 41-year-old pivot almost missed the game with a leg injury after leaving pre-game warmups but entered the field of play just minutes before kickoff to make the start.

Questions whether or not 2016 was Burris’ last year in the CFL surrounded the 17-year vet all season long. After raising the Grey Cup above his head, he was asked once again if it was time for him to hang up his cleats.

“I can’t say that right now because right now I’m going to take away from this moment with any decision,” Burris said when asked if the contest at BMO Field was his last. “I’m going to sit down with my family, see how the body is, see what’s going on with this knee now and everything. But then we’re going to get back to the table and talk about it. Right now, all I want to do is enjoy the party with all of the people in Ottawa.” 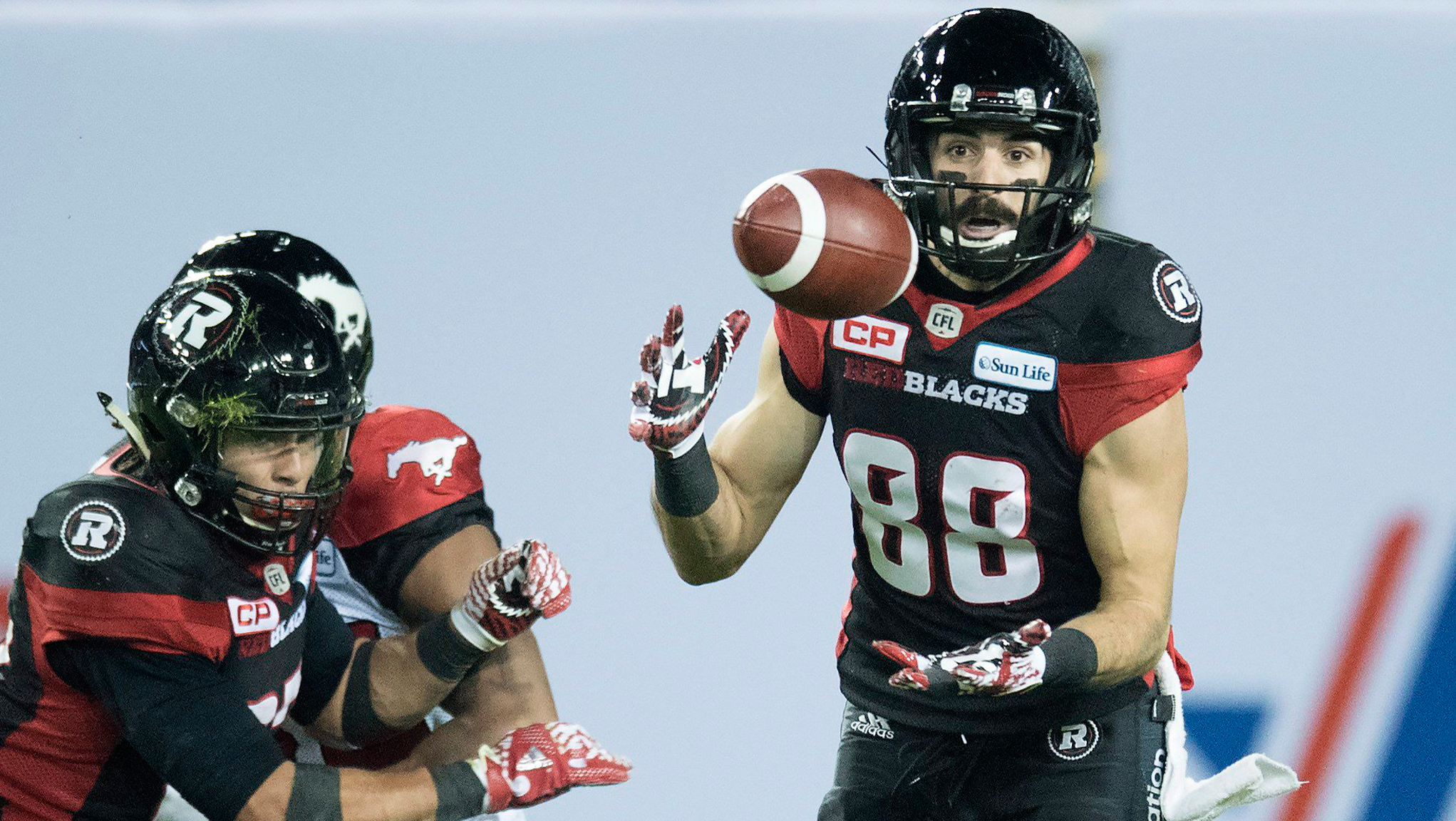 Ottawa REDBLACKS receiver Brad Sinopoli was named the Most Valuable Canadian in the 104th Grey Cup presented by Shaw.

Sinopoli was quick to give credit to his teammates when asked what it felt like to be named the top Canadian, after enduring a season, and game, full of skepticism.

“First of all, I’m so damn proud of the guys on this team,” Sinopoli said after the contest at BMO Field. “We were doubted all year and even in this game, they didn’t even give us a chance and guys just fought the whole game. They just did what they’ve been doing all year, they just stepped up and made plays. I’m just so proud to be a part of it.”

The Peterborough, ON. native collected six receptions for 94 yards and one touchdown in the REDBLACKS’ Grey Cup victory.