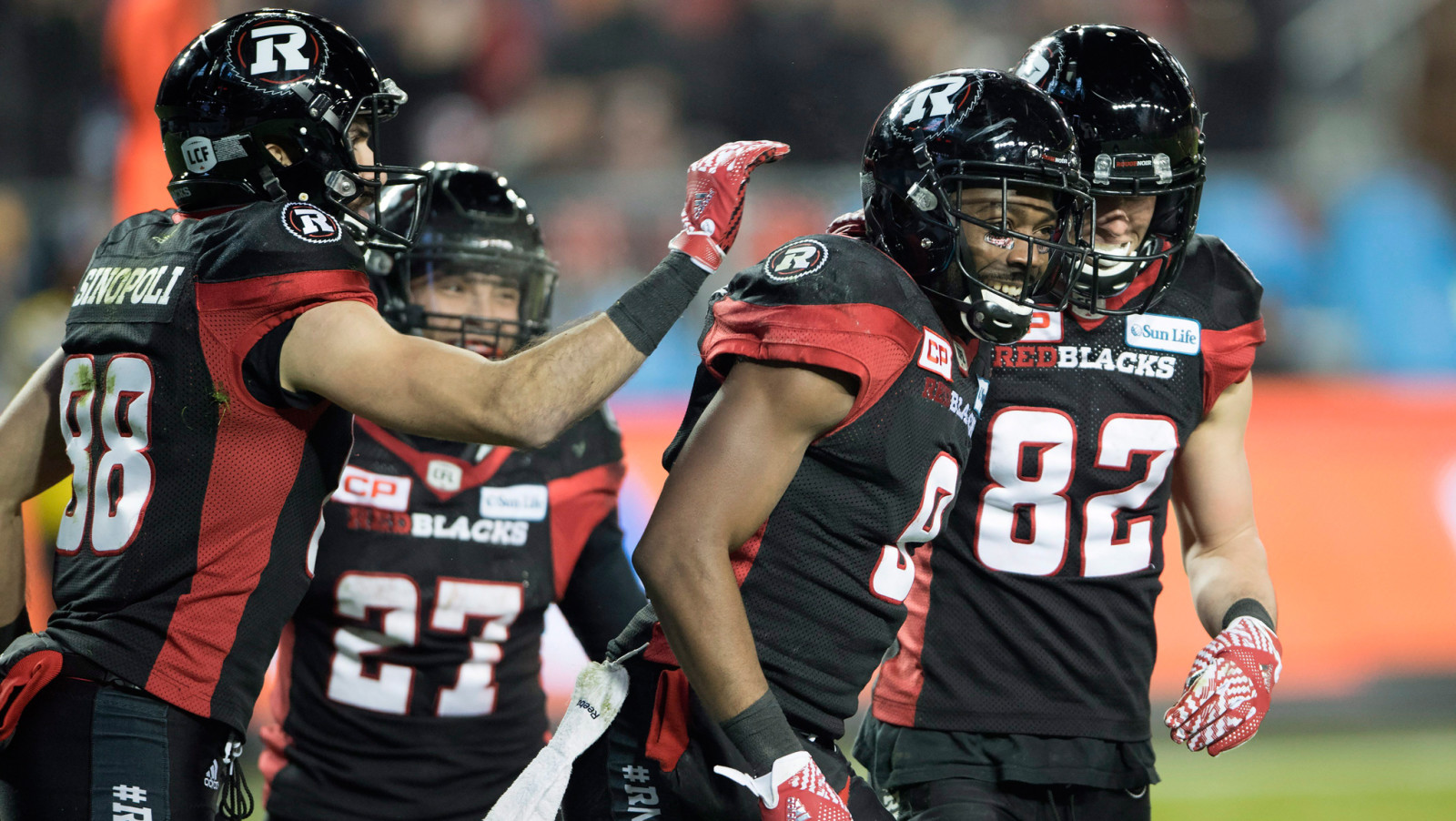 TORONTO — Henry Burris led the way on the field and in the record books during the 104th Grey Cup presented by Shaw on Sunday.

Under the lights at BMO Field, Burris became the oldest quarterback to take his club to a Grey Cup victory, completed the most passes in a game, is now fourth on the all-time passing yardage list and second on the highest pass efficiency list.

The 41-year-old pivot wasn’t the only one to break records in the final ball game of 2016 as the following statistical highlights and records between both the Ottawa REDBLACKS and Calgary Stampeders occurred:

Playing extra football in a Grey Cup Championship game isn’t a common occurrence. The last time a Grey Cup went to extra time was back in 2005, when the Edmonton Eskimos defeated the Montreal Alouettes 33-35.

The Stampeders were trailing the REDBLACKS by 20 points after the third quarter. They were down, but not out. Andrew Buckley ran in a major score early in the fourth quarter before DaVaris Daniels did just the same with under two minutes left in the contest. And with just 10 seconds ticking down on the clock, Rene Paredes kicked the game-tying 10-yard field goal to force the game to extra time.

Henry Burris and Bo Levi Mitchell put on an air show for fans all across the country who tuned into the Grey Cup game on Sunday night. Mitchell tossed 391 yards while Burris threw for 491. Their combined 852 yards were the most in Grey Cup history.

The top two teams in 2016 showed exactly why they won their respective divisions in Sunday’s Grey Cup by keeping their lethal offences rolling. The club’s total net offence (959 yards) is in the top 10 all-time in history.

Most pass completions by a team

With Henry Burris’ 35 completed passes in the contest, the Ottawa REDBLACKS tied the Edmonton Eskimos’ record set in 2005.

Most pass completions by an individual

Henry Burris’ 35 completions were a club record but they also set an individual record for himself. Burris tied the record for most completions set by Ricky Ray in 2005.

There were nine major scores in the 104th Grey Cup contest and five of them were homegrown. Canadians Patrick Lavoie, Jerome Messam, Brad Sinopoli, Lamar Durant and Andrew Buckley all scored touchdowns in the game.

When Andrew Buckey plunged into the end zone for a major, he became the first Canadian quarterback to score a touchdown since Russ Jackson in 1968 and Don Getty in 1956.

With his 461 passing yards, Henry Burris jumped to fourth place on the passing yardage total in a Grey Cup list.

Calgary turned the ball over five times in the 104th Grey Cup Championship at BMO Field, the most in a Grey Cup since 1995.

With the combined 72 points between the REDBLACKS and Stampeders, the 104th Grey Cup became the highest scoring Grey Cup since 1996 where the Toronto Argonauts (43) and Edmonton Eskimos (37) totalled 80 points.