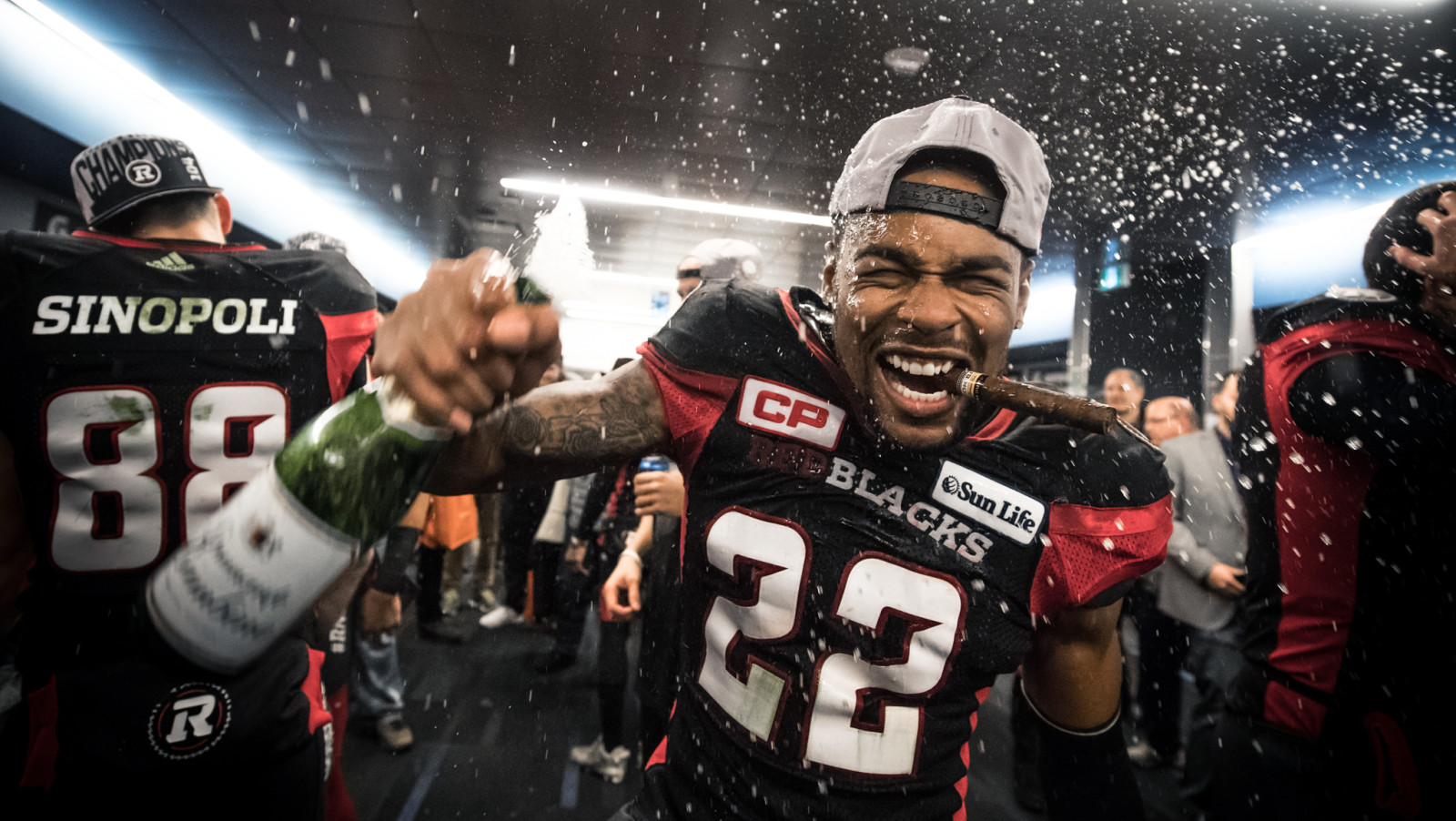 A fleet of food trucks where the specialty on the menu is all kinds of gourmet stuffed, baked potatoes. Who doesn’t love comfort food? Who doesn’t love a Grey Cup hero? These would sell very well on those cold winter days on the Rideau Canal.

Here are the Grey Cup takeaways:

1. Yes, the Grey Cup can make you cry, even if you’re a mean and nasty defensive lineman.

Moton Hopkins is a fearsome pass rusher and run snuffer when he’s in the heat of battle. Soon after the Grey Cup was awarded, we spied Hopkins, all 6-foot-2, 277 pounds of him, standing quietly in the on-field crush, wiping his face, which was wet with tears. Hopkins had just finished his sixth season and just won his first Grey Cup. A Day One’er with the REDBLACKS, Hopkins had been overcome: “I love my teammates so much,” he said. “They put so much into it this season. I just can’t help myself, man.”

Some people wonder why grown men cry when they win championships and some even sneer at it. I don’t. When a grown man cries in a moment of triumph, I always wonder what and who he is thinking about; what is making him such an emotional wreck. Especially big, tough football players, who spend their professional lives striving for disciplined stoicism, their livelihoods depending on showing no cracks in the facade. Maybe that’s part of it. Maybe it’s just a relief to let that veil of uncompromising toughness melt away.

Those are the words of REDBLACKS’ defensive back Abdul Kanneh, who tripped up Calgary quarterback Andrew Buckley on second-and-goal from the two with the game clock draining and the Stampeders poised to complete a huge comeback. Kanneh used every fibre of his being to stretch out and make just enough contact to trip up Buckley as he looked for the corner and perhaps a dive to the pylon. Not only that, but even if he hadn’t made the tackle, his surge forced Buckley a little deeper into the backfield before he could attempt the turn and that, by itself, may have been enough to allow linebacker Tank Reed to keep the Calgary quarterback from scoring. I’m sure Reed would tell you that, anyway.

At any rate, we call those kinds of tackles “shoelace tackles,” but Kanneh actually brought down a hand on the back of Buckley’s right foot, so maybe we ought to call it a heel tackle.

3. Wait. It’s not ALL about the shoelaces. Or the heels. 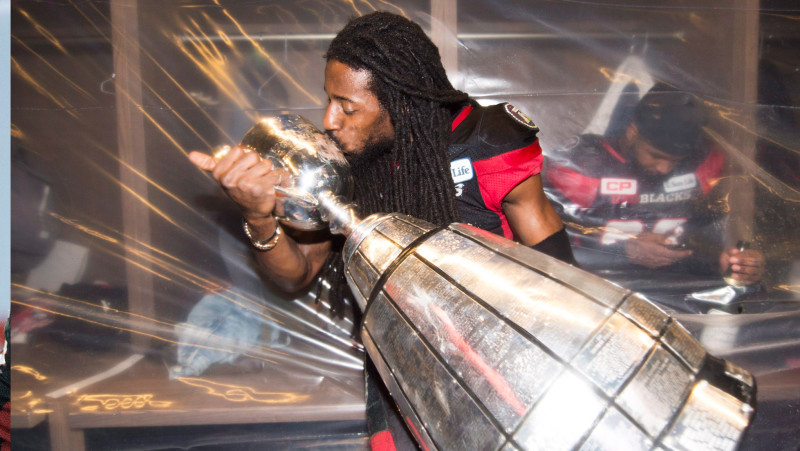 Watch the play again. Calgary receiver Anthony Parker goes in motion and at the snap of the ball is running a short out pattern into the end zone as Buckley rolls the same way. It sure looks Buckley would have liked to throw that ball and maybe the Stamps thought they could catch the REDBLACKS so honed in on their short yardage QB’s usual modus operandi – to run with it – that Parker would be wide open for a little flip.

However, Ottawa corner Jonathan Rose was having none of that. Not sucked into plugging a gap on Buckley, he stayed in Parker’s hip pocket the whole time and there was no way Buckley could opt to throw there. Cue Kanneh’s dive. And give Jonathan Rose a big, big assist on that one.

It’s good to be locked in if you’re a quarterback. Unless it’s your knee. Henry Burris’ frightful adventure with a clicking and popping knee (you’d expect a 41-year-old quarterback’s knee to sound like old school vinyl, right?) showed us that when you get good protection and can sling the pigskin like Zeus, you can be just fine. Burris wasn’t going to be able to sprint to safety during the game but his arm was feeling as strong as ever and so he figured he could get it done as long as he had a pocket. He got it for most of the night.

Lost in Burris’ sensational stats on the evening – understandably so – was the play of his protection detail up front. Calgary’s superb pass pressure defence got through for only one sack and didn’t get a whole lot of disruptive pressure on Burris. You need a bunch of things to go well in order to throw for 461 yards and one of them – maybe the most important thing – is time.

5. Your resume is impressive. Even if right now you feel like crumpling it up.

“That’s why they play the game” has never had a more appropriate poster child than the 104th Grey Cup. The Calgary Stampeders came in as steep favourites, deservedly so. Their 2016 season was the most dominant, ruthlessly efficient campaign of the modern era. And they damn well nearly pulled off a 1981 Edmonton Eskimos-like comeback. For that we can thank them because if they hadn’t asserted themselves one final time, we would still have had a memorable Grey Cup, sure. But not THAT memorable.

They won’t agree with it, right now, but that was one amazing season. Still, we’re reminded that rare is the occasion where the underdog doesn’t actually deserve to be on the same field as the favourite. From here on out, whenever someone says a team doesn’t stand a chance, you’ll have the 2016 Grey Cup to prove that isn’t necessarily the case.

And Finally: Ottawa DB Forrest Hightower reeled in two interceptions and it would have been three had he been able to pull in a close one in the first quarter, when he broke clean on a ball and got credited with a knockdown. He just about pulled it in. That close to getting a bag of hats, Forrest. That close.