MONTREAL — In some ways, it is the official start of the second chapter in the modern day edition of the Montreal Alouettes.  Since returning to the CFL in 1996, the Montreal Alouettes have hired their second general manager, promoting Kavis Reed to the post after he served as the club’s Special Teams Coordinator from 2015-2016.

The club also announced that Jacques Chapdelaine will lead the team on the field as the team’s Head Coach in 2017 and that Patrick Boivin will join the Club as President and CEO.  Boivin will replace Mark Weightman, who was in the President and CEO role over the last 4 years, and who has served the Montreal Alouettes for 21 years.

“These appointments are the launching point for a new era for the Montreal Alouettes, and we are excited for what these gentlemen bring to the Club, on and off the field,” Alouettes Lead Governor Andrew Wetenhall said in a statement. “We are convinced that Patrick’s skills and leadership in sports organization management and marketing will bring new and creative thinking to our approach to the Quebec community. Together, with the appointments of Kavis Reed and Jacques Chapdelaine in Football Operations, we are looking to build a sustainable foundation for the Club’s future. We hope to achieve success as soon as next season, bringing the players and fans a winning organization and a winning team.”

Reed was a candidate in the Als’ general manager search but became a front runner after a proposal to veteran coach Danny Maciocia fell through. and it was established that Ottawa REDBLACKS assistant GM Brock Sunderland was no longer a fit for the position.

“We completed a thorough General Manager search process, evaluating over 15 candidates and interviewing five of them. Kavis proved the most prepared, thoughtful and well-rounded candidate to become our next General Manager,” Wetenhall continued. “Kavis brings significant experience to the position, having long played direct and indirect roles in the personnel management area of the CFL, and his detailed review of how he plans to build a scouting and recruiting organization were truly differentiated. Additionally, Kavis brings a strong business background and business-like approach to the role, and we have seen the early returns of this during his first ten days on the job. Combined with his knowledge of our player and coaching personnel, Kavis best positions the Alouettes’ to achieve success on and off the field.”

In taking on the role, Reed begins his first executive position for a coach that has spent the majority of his CFL career as a coordinator on the defensive side of the ball. From 2011 to 2013, Reed served as head coach for the Edmonton Eskimos where he posted a 22-32 record with two playoff berths.

“I am very proud of this appointment and honored by the show of confidence, which will enable me to continue the work I’ve done with the Montreal Alouettes in developing an exciting and winning team,” said Reed. “Montreal is a great football town, and I intend to do everything in my power to return this team to its glory days.”

After playing five seasons in the CFL between 1995 and 1999, the Georgetown, SC native moved to the sidelines where he has spent the last 13 years coaching.  Reed began his CFL coaching career as the Toronto Argonauts’ special teams coordinator and defensive backs coach. He then coached the defensive backs with the Ottawa Renegades (2002-2003) before becoming the Hamilton Tiger-Cats defensive coordinator (2004-2006). He was a defensive assistant coach with the Toronto Argonauts in 2007 before being promoted to defensive coordinator the following season.

In 2010, Reed was the Winnipeg Blue Bombers defensive coordinator and his unit ranked tops in the league against the pass and second in total defence. The previous year, he was the Saskatchewan Roughriders’ special teams coordinator and defensive backs coach, helping the team reach the Grey Cup.

Chapdelaine has ‘interim’ tag removed, will continue as head coach 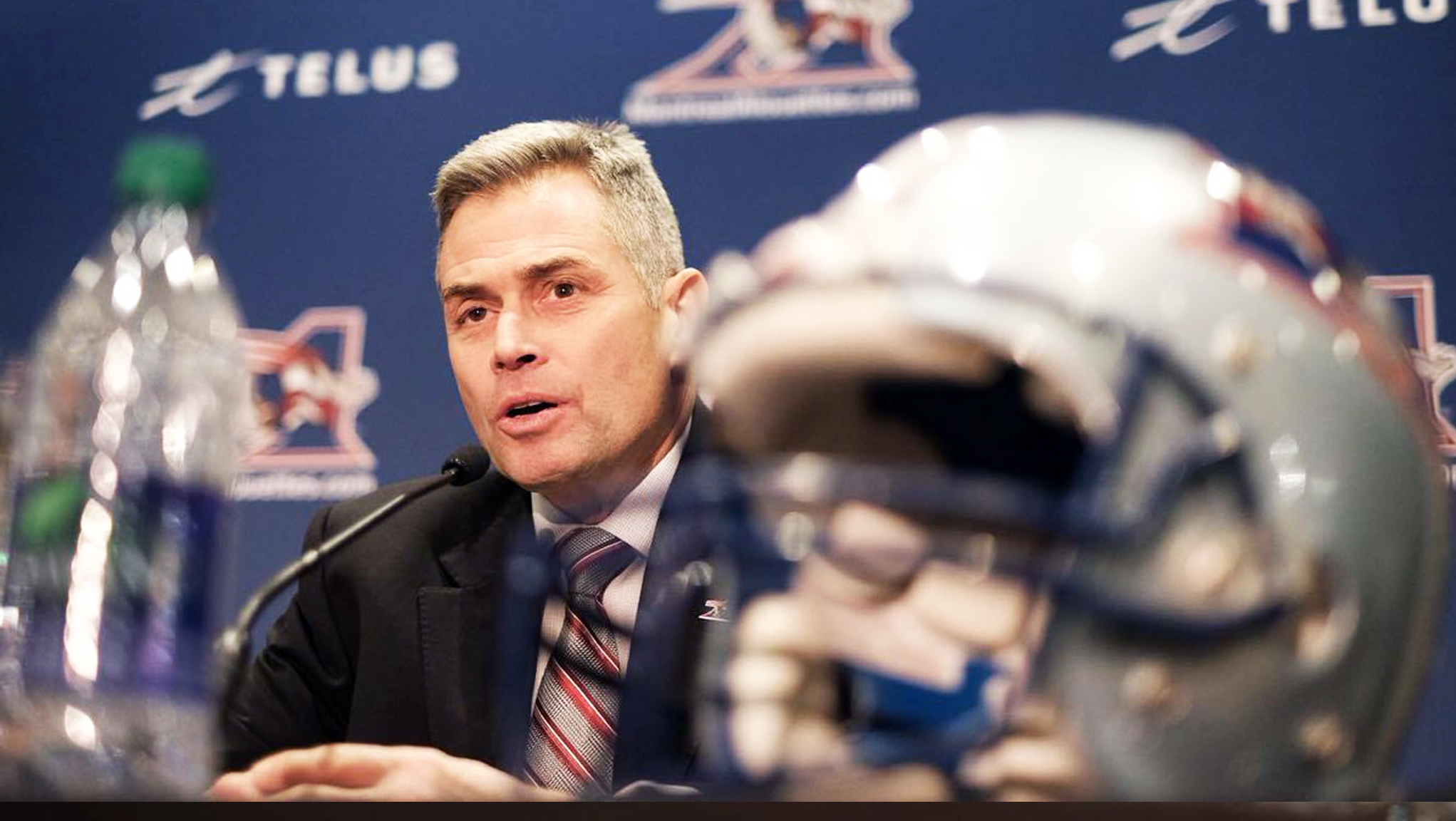 After being appointed General Manager, Reed confirmed Chapdelaine will continue as Head Coach. The 55-year-old Sherbrooke native finished out the 2016 season as the Alouettes’ Interim Head Coach, leading the team to a 4-2 record over their last six games.

“I am very pleased to continue the work started with the team at the end of the season. In the last six games, the players clearly demonstrated a new winning identity, and what they are capable on and off the field. These results are encouraging, and I will work with all our coaching staff so that the team starts off the next season at full strength. The club has great potential, and 2017 will be an opportunity for us to demonstrate the fact clearly to our supporters,” said Chapdelaine.