OTTAWA — With 31 pending free agents heading into December, the Ottawa REDBLACKS can cross one of the bigger names off their list.

Former fourth overall pick Antoine Pruneau has inked a two-year contract extension, the team announced Wednesday, keeping him in the nation’s capital at least through 2018.

Pruneau has emerged as one of the league’s most reliable safeties in his three seasons with the REDBLACKS, recording 178 defensive tackles, three sacks, three interceptions and two forced fumbles over 53 games.

“He plays the game the way it’s supposed to be played,” said Head Coach Rick Campbell. “He’s a talented guy but he’s a leader by example. He goes full speed, he plays every play like it’s his last play.

“His attitude’s infections because he likes playing the game,” Campbell added. “He likes to compete, whether it’s in practice or a game. That’s not true of everybody but it’s true of Antoine.” 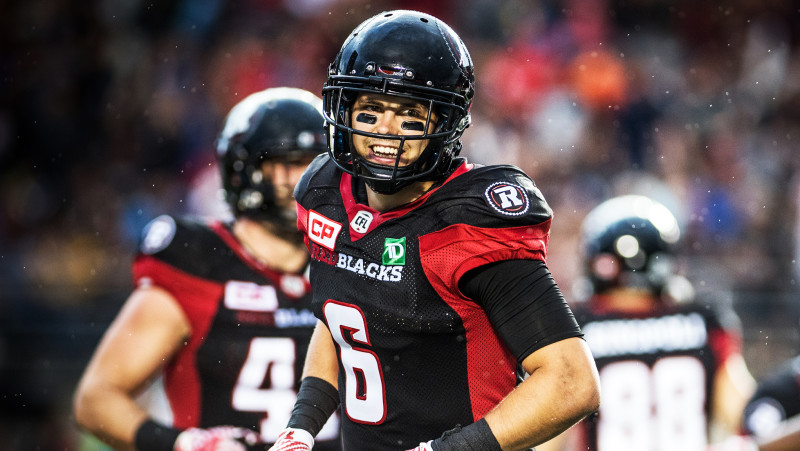 Veteran safety Antoine Pruneau has missed only one game throughout his CFL career (CFL.ca)

The former University of Montreal Carabin, who was born in Montreal, has missed only one game in his career thus far while lining up both at linebacker and safety.

After being named the male athlete of the year at the University of Montreal in 2014, Pruneau became the fourth overall pick that May after the REDBLACKS traded with Montreal to move up a spot.

Pruneau logged 68 tackles, a career-high, as a rookie in 2014 as the REDBLACKS struggled to a 2-16 finish. The following two years, he helped Ottawa reach back-to-back Grey Cups.

He has recorded a minimum of 52 defensive tackles and 11 special teams tackles in every season of his professional career.

While the national is a key ratio-breaker for General Manager Marcel Desjardins, another part of the appeal was Pruneau’s durability.

“That’s another big part of pro football is being available to play,” said Campbell. “Sometimes you’re unlucky with injuries but some guys have a knack for staying healthy and being available and he’s been that guy the last three years.”

“It’s progressing,” said Desjardins. “Every situation is a little different. I would say we’ve made contact with most of the guys, just in different degrees.

For us, part of our equation right now was we have room under the cap so this is why this is being announced now, whereas the rest of it for the most part will trickle into next year.”