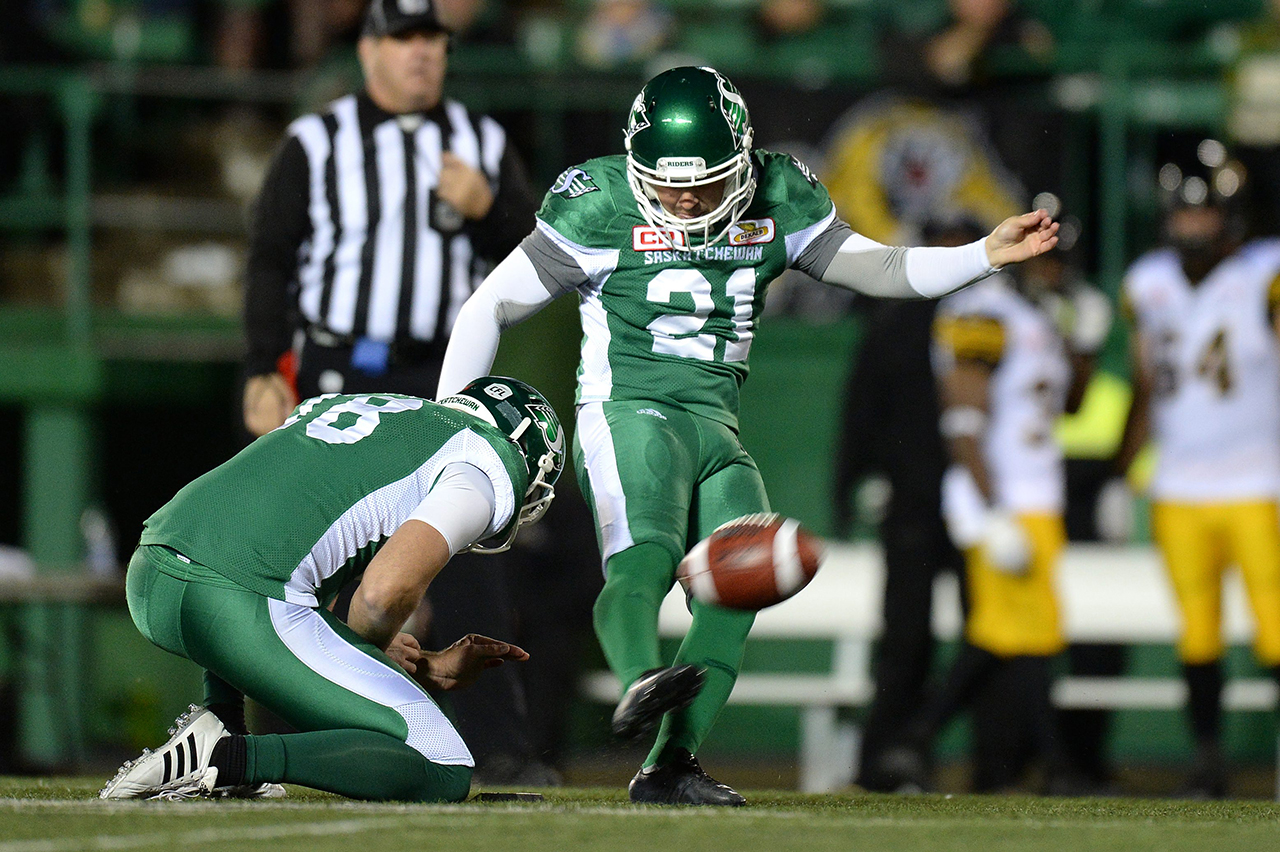 REGINA — The Saskatchewan Roughriders announced today national kicker Tyler Crapigna has signed an extension to remain with the team through 2019.

Crapigna was acquired by the Riders in October, 2015 from the Calgary Stampeders after he was originally selected in the 5th round (40th overall) of the 2014 CFL Draft.

Prior to entering the CFL, Crapigna spent five seasons at McMaster University where he became the Canadian Interuniversity Sport’s all-time leader in field goals. He completed his collegiate career with 84 field goals, six singles and 140 extra points for a total of 398 points, while also amassing 9,489 punting yards.