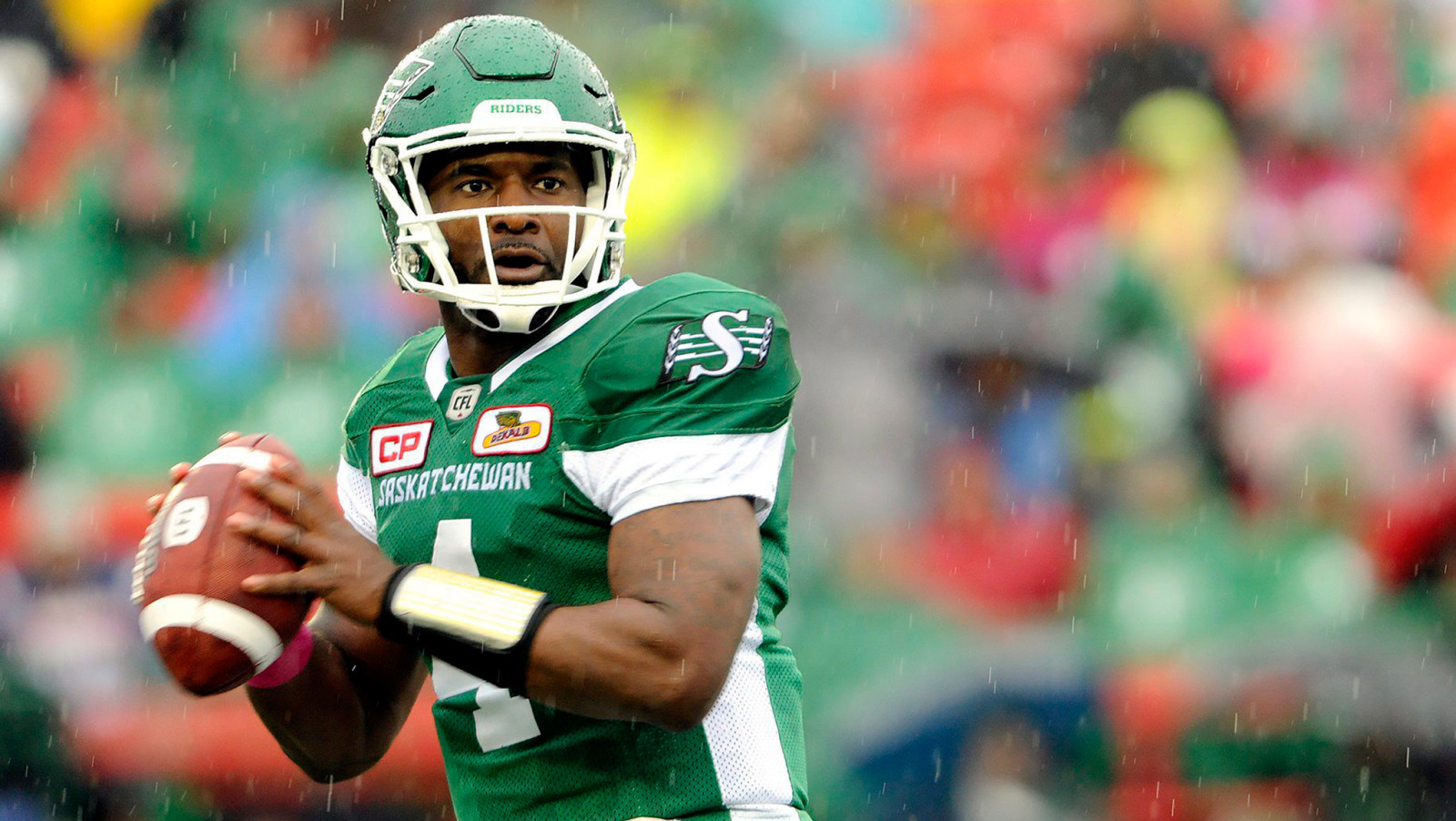 REGINA — After 11 years as the Saskatchewan Roughriders’ quarterback, Darian Durant’s time in Green and White has come to an end.

The veteran quarterback’s CFL playing rights have been traded to the Montreal Alouettes, the Riders announced Friday morning, in exchange for a fourth round selection (32nd overall) in the 2017 CFL Draft and a conditional second round selection in the 2018 CFL Draft.

Durant is without a contract beyond Feb. 14, the first day of free agency, and remains among the most highly-touted players slated to hit the market.

RELATED
» Bio: Darian Durant
» Durant: ‘This is a very emotional time for me’
» Analysis: Who will be the Riders’ next QB?
» Images: A photographic timeline of Durant in Green
» The Snap: Twitter reacts to Durant trade to MTL
» View 2017 free agent tracker

“We are more than pleased to be able to acquire a quarterback of the calibre of Darian Durant and we are confident that we can reach a new agreement with him,” said Reed in a press release shortly after the deal.

“As we stated from the get go, our intention was to acquire a veteran quarterback and we just obtained a player who continues to perform at a high level, which will make him the ideal role model for our young quarterbacks.”

The 34-year-old originally joined the team ahead of the 2006 season. Throughout 157 career regular season games, the University of North Carolina product sits second among franchise quarterbacks with 3,519 attempts, 2,186 completions, and 28,136 yards while sitting third with 149 passing touchdowns.

Already a Rider legend in the eyes of many, Durant has two Grey Cup Championships next to his name, including the historic 2013 victory on home turf. He is also a two-time West Division All-Star (2009 and 2013) and carries a 58-54-1 record in 113 career regular season starts.

Durant could also be considered the final falling domino of the previous era as Head Coach and General Manager Chris Jones continues to make his mark a year into his tenure.

Jones said talks between Durant and the Riders broke down about a week ago after Saskatchewan made one last contract offer.

“Unfortunately they rejected that offer and at that point it became a reality that we were staring at losing Darian Durant to free agency,” said Jones. “In order to avoid doing that, we wanted to try to get something out of them.”

For the Alouettes, signing Durant would cap off a game-changing move that could make them an instant contender to win the CFL East Division. Vernon Adams Jr. might be the future in Montreal, but adding a veteran like Durant stabilizes an offence that’s struggled to find consistency in recent years.

The move addresses a position that’s been a void since the departure of the league’s all-time leading passer Anthony Calvillo in 2013.

On the other hand, in Riderville, closing the door on Durant opens a new discussion on who will be the next quarterback for the Saskatchewan Roughriders.

The Riders currently have five quarterbacks on their roster including three under the age of 25. Jones, however, says he’ll continue exploring all options.

“It means that we’re going to leave no stone unturned and we’re going to continue to look until we do find a quarterback,” Jones said. “A few years ago when Calgary was going through the same situation, nobody knew who Bo Levi was either.

“When he got the opportunity, he took it and ran.”