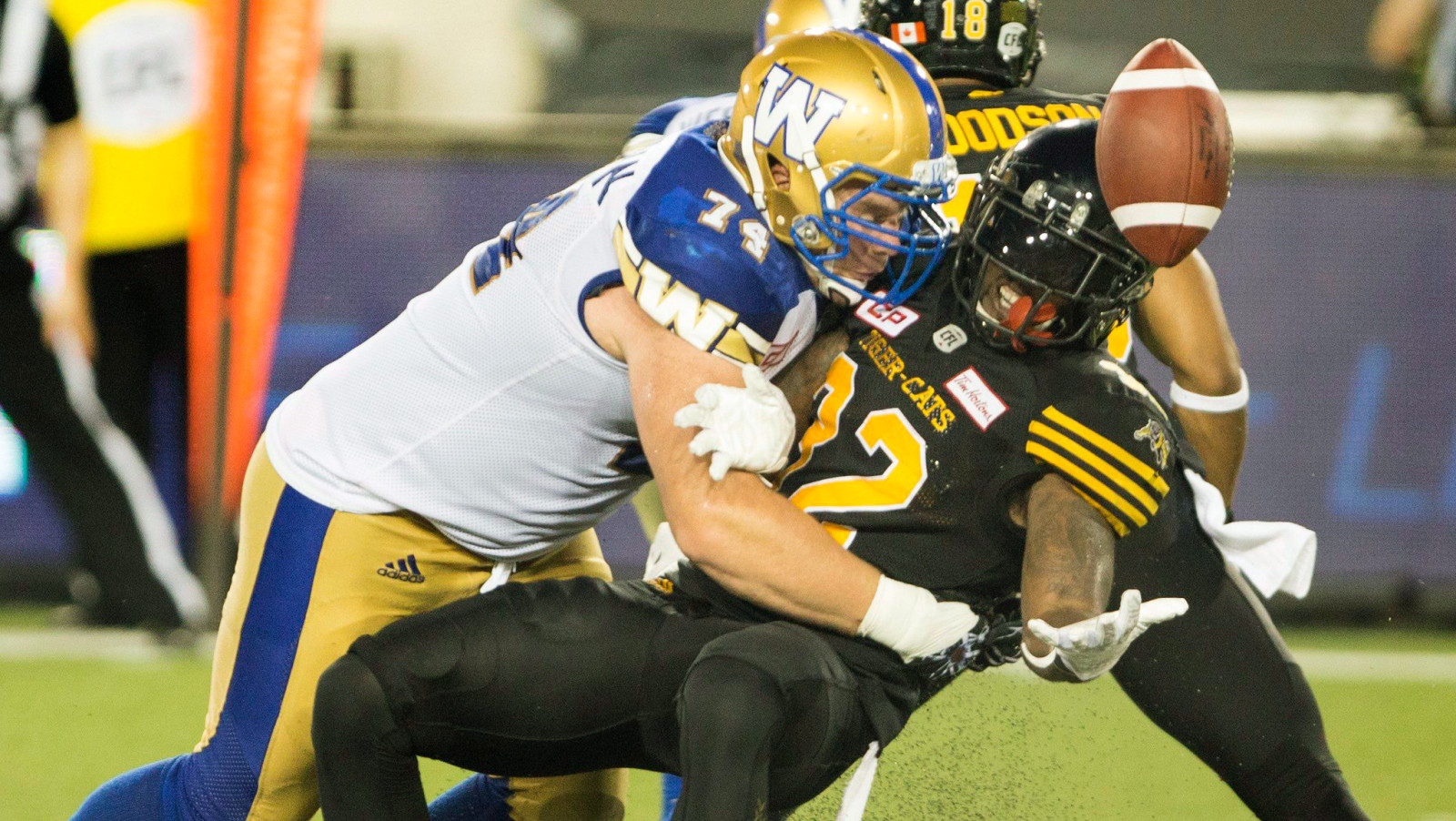 The 31-year-old was considered a key signing for the Bombers last February, inking as a free agent before making 22 tackles and adding two sacks over 18 games.

A native of Edmonton, Shologan is a nine-year CFL veteran and has played stints with Saskatchewan, Ottawa and Winnipeg.

He has 190 tackles and 25 sacks in 140 games and has played all 18 games six different times throughout his career.