Berg vs. Ferg: Should the Argos be aggressive in free agency? 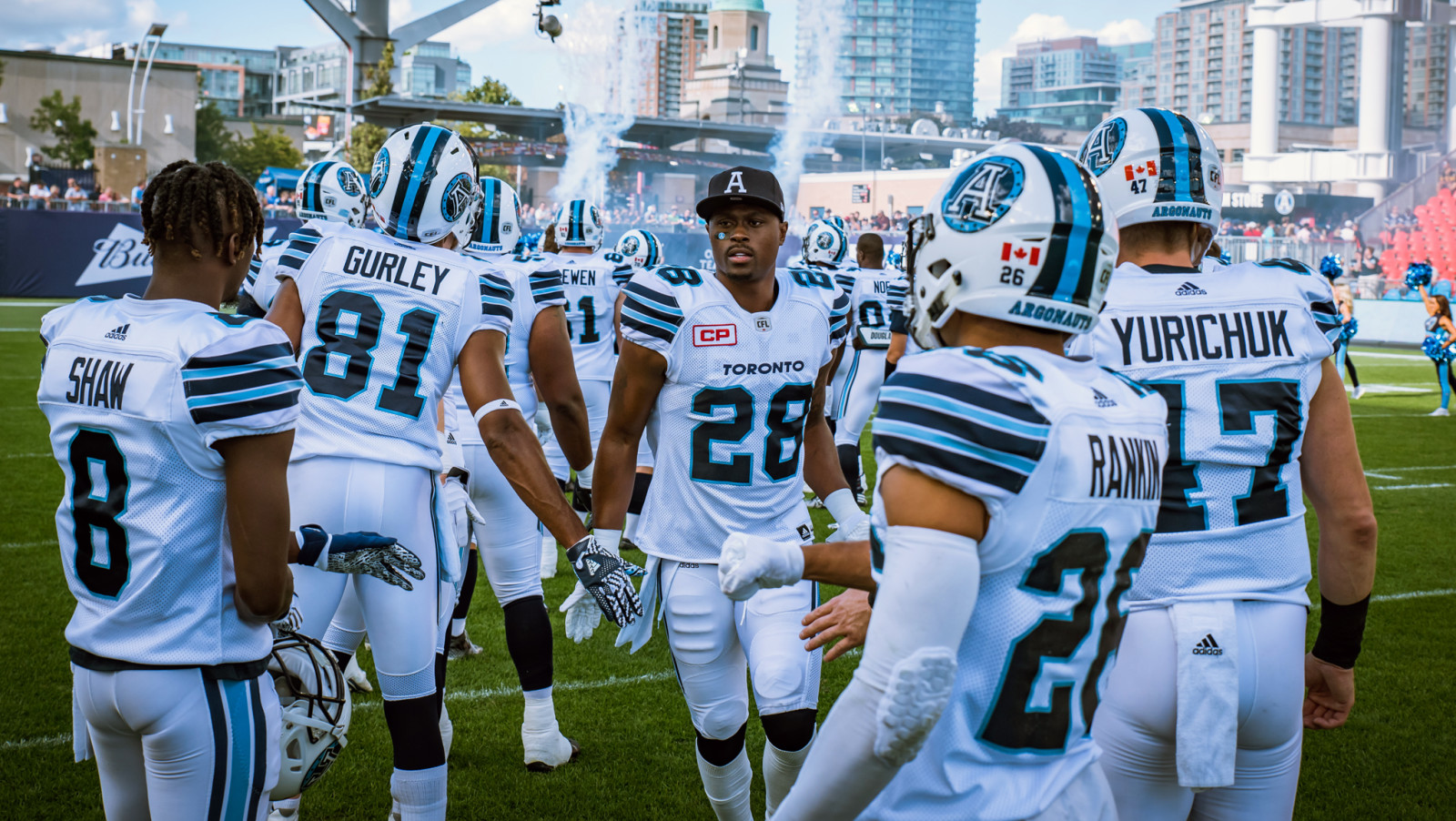 Berg vs. Ferg: Should the Argos be aggressive in free agency?

Throughout 2017, CFL.ca columnists Pat Steinberg and Marshall Ferguson will debate over one of the league’s most contentious storylines. With free agency fast-approaching, we asked them: should the Argos be aggressive in free agency?

Jim Barker and Scott Milanovich have left but it’s business as usual at the Argos’ front office.

While Spencer Zimmerman and Tommy Condell chart the course, free agency is less than two weeks away — with it some difficult decisions on tap. 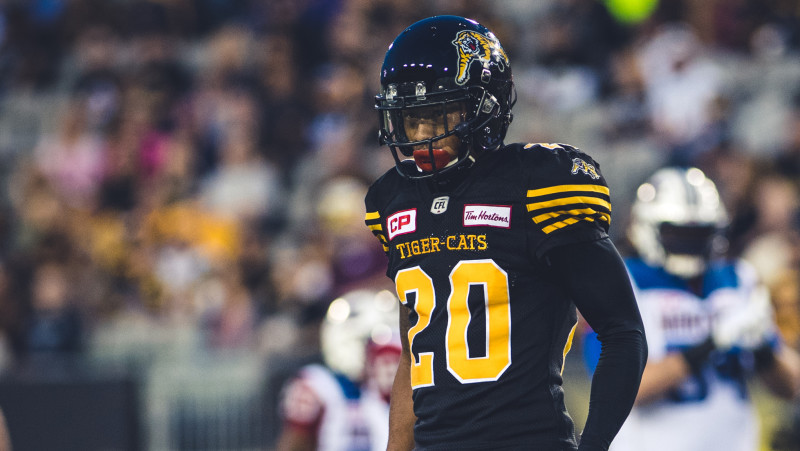 If the Argos seek defensive help, Emanuel Davis could be a free agent they pursue (Johany Jutras/CFL.ca)

RELATED
» 21 Questions: Thoughts on the CFL off-season
» The Great Debate: Can Ottawa win without the big four?
» The latest from 2017 free agency

With some of the CFL’s top talent set to hit the market, the Argos are facing a critical time in their off-season. What happens in the weeks following Feb. 14 could determine success on the field in 2017 and beyond.

On one hand, the Argos have built of a strong group of young Canadian players, from receivers Anthony Coombs, Llevi Noel and Brian Jones to linemen Daryl Waud and Sean McEwen. On the other, they could have a chance to add elite talent and perhaps, just as importantly, star power.

How should the Argos approach free agency this month? Pat Steinberg and Marshall Ferguson debate.

The Toronto Argonauts have overhauled their organization significantly this off-season. Jim Barker is no longer their general manager and Scott Milanovich has moved on as head coach. That might just be the beginning of the change in Toronto, too, as we await a decision on the future of quarterback Ricky Ray.

With so much change in one off-season, you can’t blame Argos fans for having a healthy amount of skepticism going into the 2017 season. That’s why it’s important for Toronto to put together a successful season on the field starting this summer, because the best way to quiet skepticism is with positive results. Because 2017 is such a huge year on the field for the team, I think free agency needs to be explored heavily by Toronto later this month.

Free agency is especially attractive for Toronto this year because of how strong the crop of available players is. We’re less than two weeks away and yet huge names at receiver like Marquay McDaniel, Ernest Jackson, and Chris Williams are still out there. It sounds like reigning Most Outstanding Lineman Derek Dennis is going to try his hand in free agency, too, joining a really nice crop of players at that position as well. You can’t tell me signing a few names like those won’t help to rapidly improve the Argos in 2017.

I’m well aware that sometimes blowing a bunch of cash in free agency can be a fool’s errand. But there are two very recent examples I point to that suggest it can pay immediate dividends. One year ago, it was the Winnipeg Blue Bombers stealing day one of free agency by adding Andrew Harris, Ryan Smith, and Justin Medlock to new deals. Those three additions played big parts in Winnipeg’s huge turnaround in 2016 and you can bet general manager Kyle Walters has no regrets about his spending spree. 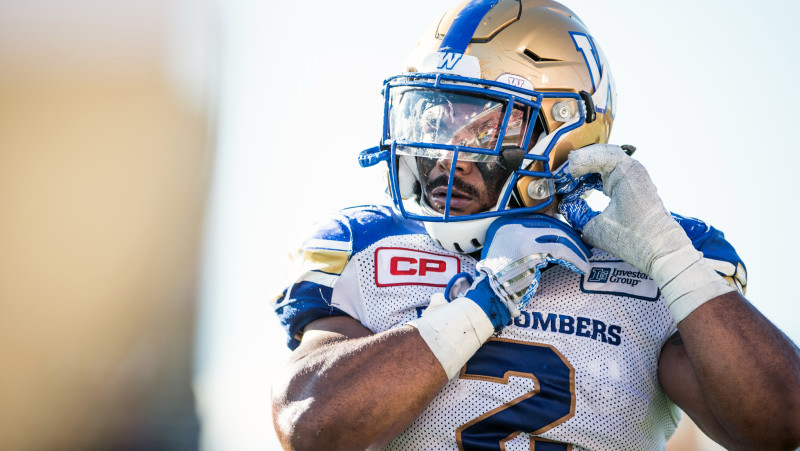 Khalil Bass is among pending free agents to keep an eye on this February (Johany Jutras/CFL.ca)

Two years ago it was the Ottawa REDBLACKS going all out in free agency ahead of their sophomore CFL season. That off-season saw Ottawa snag huge free agent targets Brad Sinopoli and Jackson early before waiting a few months to lock up Williams. Once again, the signings were an instant success. The REDBLACKS transformed from a typical expansion team into an offensive powerhouse year after year and made their first appearance in a Grey Cup game as a result.

Free agency can be a dangerous game so the Argos can’t just jump in headfirst without taking a measured approach. That said, there are some really attractive options available later this month and I believe Toronto needs to be an aggressive player for some of their services. With all the change they’ve undergone this off-season, the Argos need to make a positive impression on the field in 2017. They can help their cause in less than two weeks.

Being aggressive in free agency accomplishes one of two things.

It can either excite the fan base, build hype to the new season and lead to a dramatic improvement; or it lead to over spending, under performing and a sense of regret come December.

The Toronto Argonauts are not a player or two away from a Grey Cup Championship. That’s not a shot at their young talent or a hot take, it’s just reality.

Why would the Argos decide now is the time to dive into the deep end of free agency to find plug and play pieces when it seems as though their scouting staff is doing a great job of building national talent through the draft such as Brian Jones, special teams standout Llevi Noel and offensive lineman Sean McEwen?

It wouldn’t make sense to me in this situation, especially with the timeline of a new coaching staff to be announced soon and a new head of personnel sure to take the reigns before long.

If the Argos wants to build from the basement upwards, the right way, they should stay the course, work to find great players from all corners of the football hemisphere and avoid trying to make a splash with fans.

In my opinion it would not pay off and could only result in extending the challenges already faced by a franchise in need of someone who will steady the ship for good.