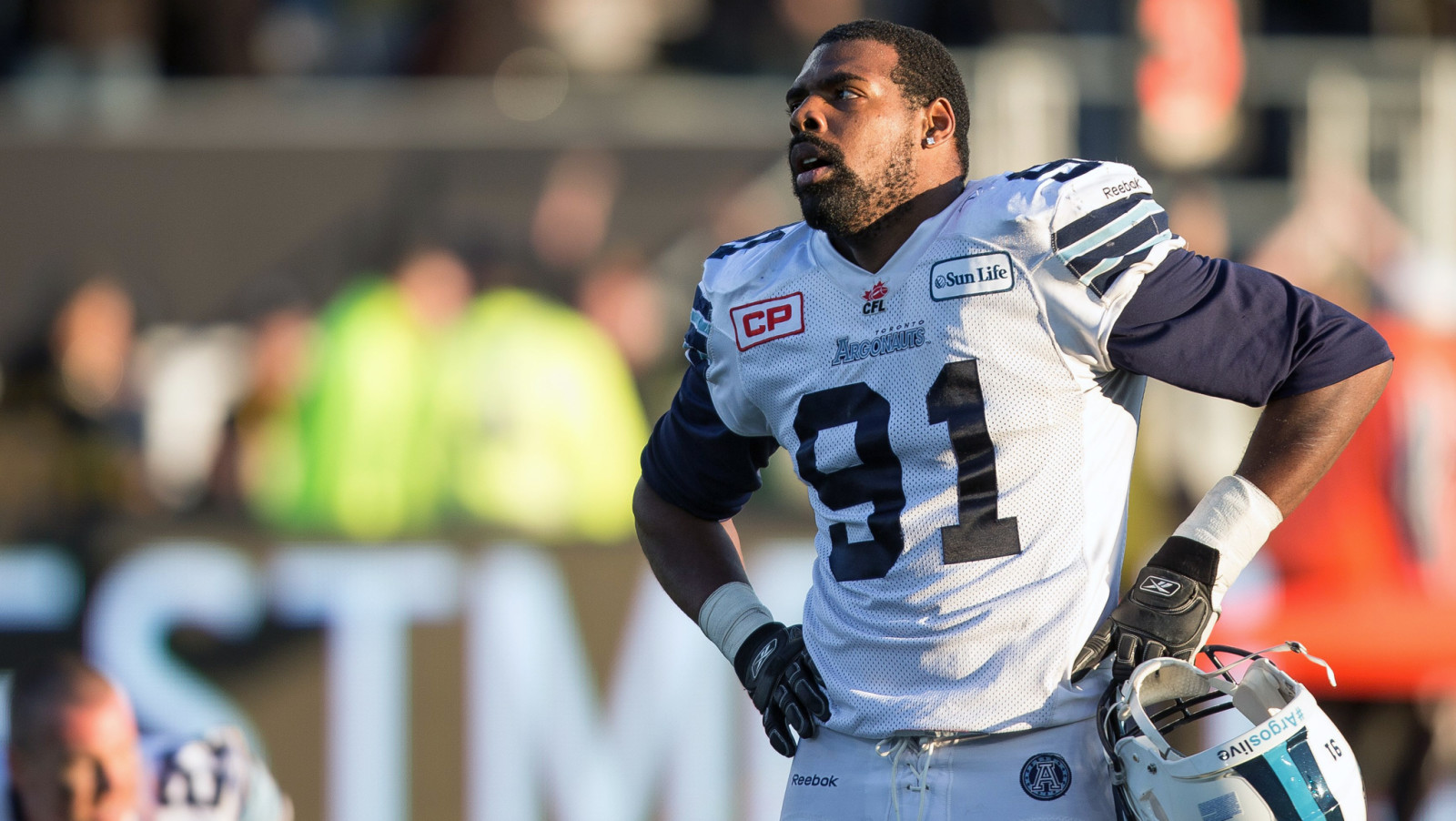 The news was originally reported by TSN‘s Gary Lawless via Twitter on Wednesday night, while the deal will see Okpalaugo suit up for the Bombers for the next two seasons.

“I know it sounds cliché, but we got our guy,” said Blue Bombers general manager Kyle Walters. “We have had Tristan targeted for quite some time now, and to finally secure him is a great thing for us.

“He’s a game-changing football player, there’s no question about it, and we are excited to see what he will bring to our defence.” 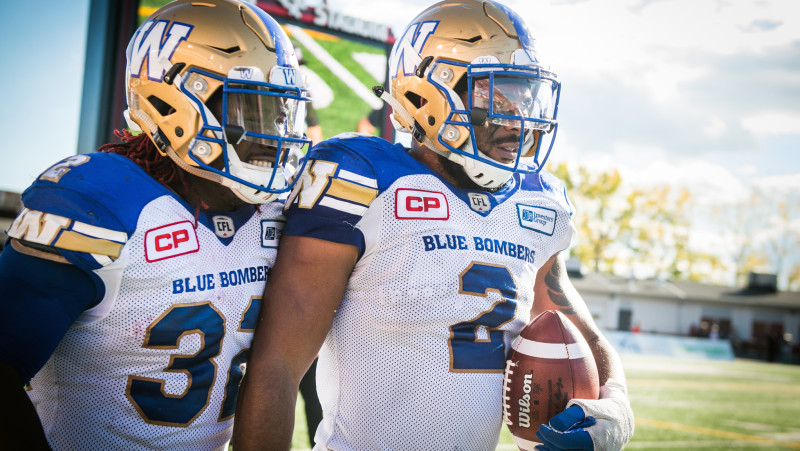 Khalil Bass (right) is one of the remaining off-season questions for the Bombers (Johany Jutras/CFL.ca)

A 6-foot-6, 250-pound pass rusher, Okpalaugo left the CFL following the 2015 season to join the NFL’s Arizona Cardinals. In two seasons with the Boatmen, the now-27-year-old recorded 23 sacks.

According to Lawless, Bombers general manager Kyle Walters had been working on a deal for a while, while multiple other CFL teams were also interested in the former Fresno State Bulldog.

After recording double-digit sacks in both seasons in the CFL, Okpalaugo says he’s excited to return to the CFL after a year away — and Winnipeg is the right fit.

“I’m really excited to join Coach O’Shea and the Winnipeg Blue Bombers,” said Okpalaugo. “It was a process that took some time in terms of determining where was the best fit, but the organization in Winnipeg is very attractive for me; from the players and coaches to the facilities they have.

“The fans are deeply invested in the team, and it seems like just a great football town. I can’t wait.”

Okpalaugo was awarded the Frank M. Gibson Trophy in 2014, given to the CFL East Division’s top rookie, after recording 12 sacks.

The move, meanwhile, helps shore up a Bombers defensive line that recently lost interior lineman Keith Shologan, who the team released, and could stand to lose another inside lineman in Euclid Cummings in free agency.

“With the signing of Tristan and the addition of Kenny Stafford last month, we were able to secure two players we had targeted as free agents and that we feel could improve our roster immensely,” added Walters.