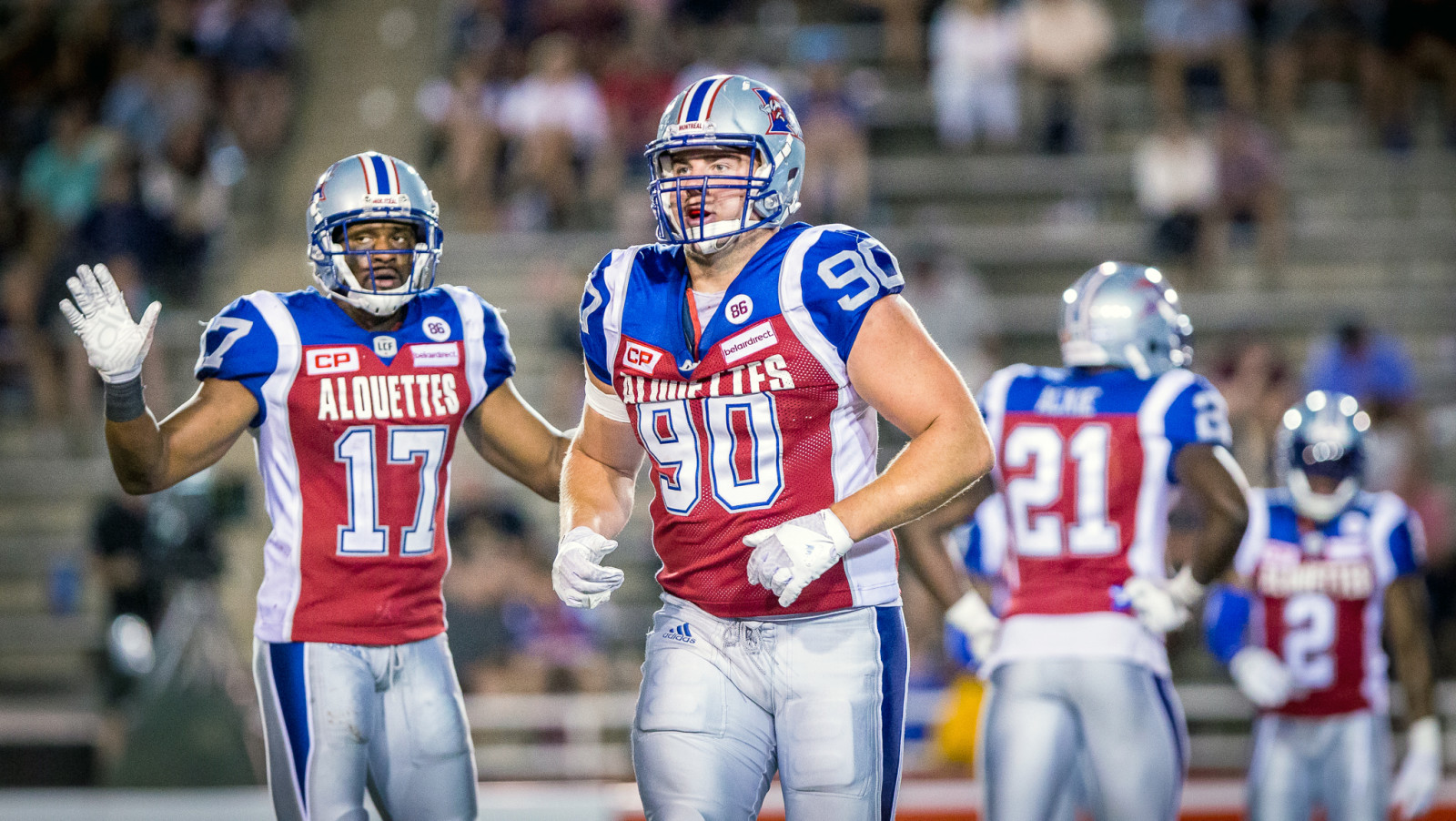 The team also announced the signing of Don Oramaisonwu, another national defensive tackle.

Klassen will be entering his fifth season in the Canadian Football League, all of which have been played in an Alouettes uniform. He was a fourth round pick (32nd overall) by the Alouettes during the 2013 CFL Canadian Draft.

The Calgary, Alta. native missed a good part of the season after being placed on the six-game injury list in August. He played seven games in 2016. Klassen collected a total of 52 defensive tackles, including eight quarterback sacks in 54 regular season games in career.

Oramasionwu joins the Alouettes after spending five years with the Edmonton Eskimos. He was drafted by the Winnipeg Blue Bombers in the fifth round, 39th overall in the 2008 CFL Canadian Draft. Before coming to Montreal, Oramasionwu had 107 regular season appearances, collecting 104 defensive tackles as well as 18 quarterback sacks in eight seasons with Winnipeg and Edmonton respectively. He also forced four fumbles.

The 30-year-old played in the 103rd Grey Cup game against the Ottawa REDBLACKS in front of friends and family in Winnipeg, helping the Edmonton Eskimos engrave their names on the Grey Cup. He registered one defensive tackle in that game.

The Winnipeg, Man. native, who played his collegiate career near home suiting up for the University of Manitoba Bisons football program, won a national championship in 2007. He recorded 36 defensive tackles as well as a sack and a fumble recovery during his senior year with the Bisons. He was named Canada-West All-Star on top of being recognized with the CIS All-Canadian honour.

“The renewal of Michael’s contract and the addition of Don to our roster are important moves, allowing us to add proven local talents to this already deep defensive line core”, commented Alouettes General Manager Kavis Reed. “It gives us flexibility with the ratio. Both of them are fierce competitors in the trenches and play with great intensity everytime they are called on the field.”