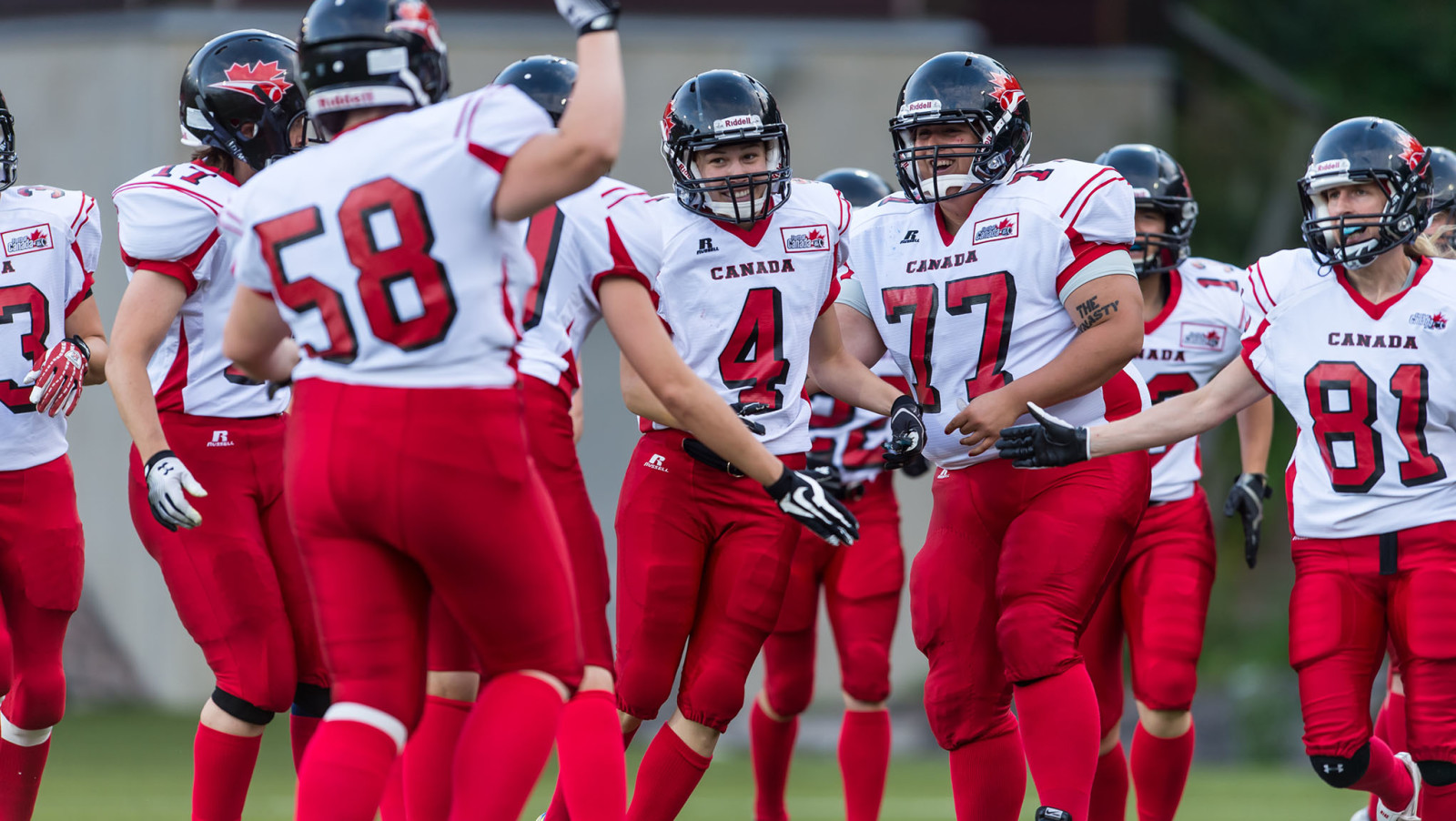 OTTAWA — Canada will host the third edition of the International Federation of American Football (IFAF) Women’s World Championship from June 24 – June 30, 2017 in Langley, British Columbia at McLeod Stadium. The event will be hosted by Football Canada in partnership with the British Columbia Provincial Football Association (BCPFA).

The six-team event features the top female tackle football players from around the world. Participating for a third time are respective two-time defending gold, silver and bronze medalists, the United States, host Canada and Finland, while Great Britain, the current European silver medalist, Australia and Mexico are set to make their women’s worlds debut in Langley.

IMAGES FROM THE 2013 WOMEN’S WORLD CHAMPIONSHIP

“Hosting the Women’s World Championships is a great honour,” said Kim Wudrick, President of Football Canada. “To do so during Canada’s 150 birthday is a tremendous way to celebrate our nation’s long football history as well as to promote the growth of women’s tackle football in Canada. I look forward to cheering Canada on alongside a loud and proud hometown crowd this summer.”

Canada is looking to build off a pair of silver medals and avenge consecutive gold medal game defeats at the hands of the U.S. in 2017. The host nation is led by an experienced coaching staff that returns head coach Jeff Yausie alongside respective defensive and special teams coordinators Pierre Migner and Olivier Eddie. The duo is joined by incoming offensive coordinator, Ryan Clutterbuck. The coaching staff also returns offensive line coach Chris Hengen-Braun while former Team Canada quarterback Saadia Ashraf is set to participate in her third women’s worlds as a first-time national team coach.

“I’ve previously had the chance to represent Canada at international competitions and I can tell you that it’s always a special feeling,” returning Women’s National Team Head Coach Yausie said. “This summer will be even more special for our team as they’ll get the chance to represent Canada on home soil for the first time. Based on what we saw at the inaugural Women’s National Championship this past summer in Regina combined with our recent selection camps our Canadian national team will be younger, stronger and faster which should help us close the gap against Team USA. We’ll come together as a team in June for training camp as we prepare to represent Canada proudly in Langley.”