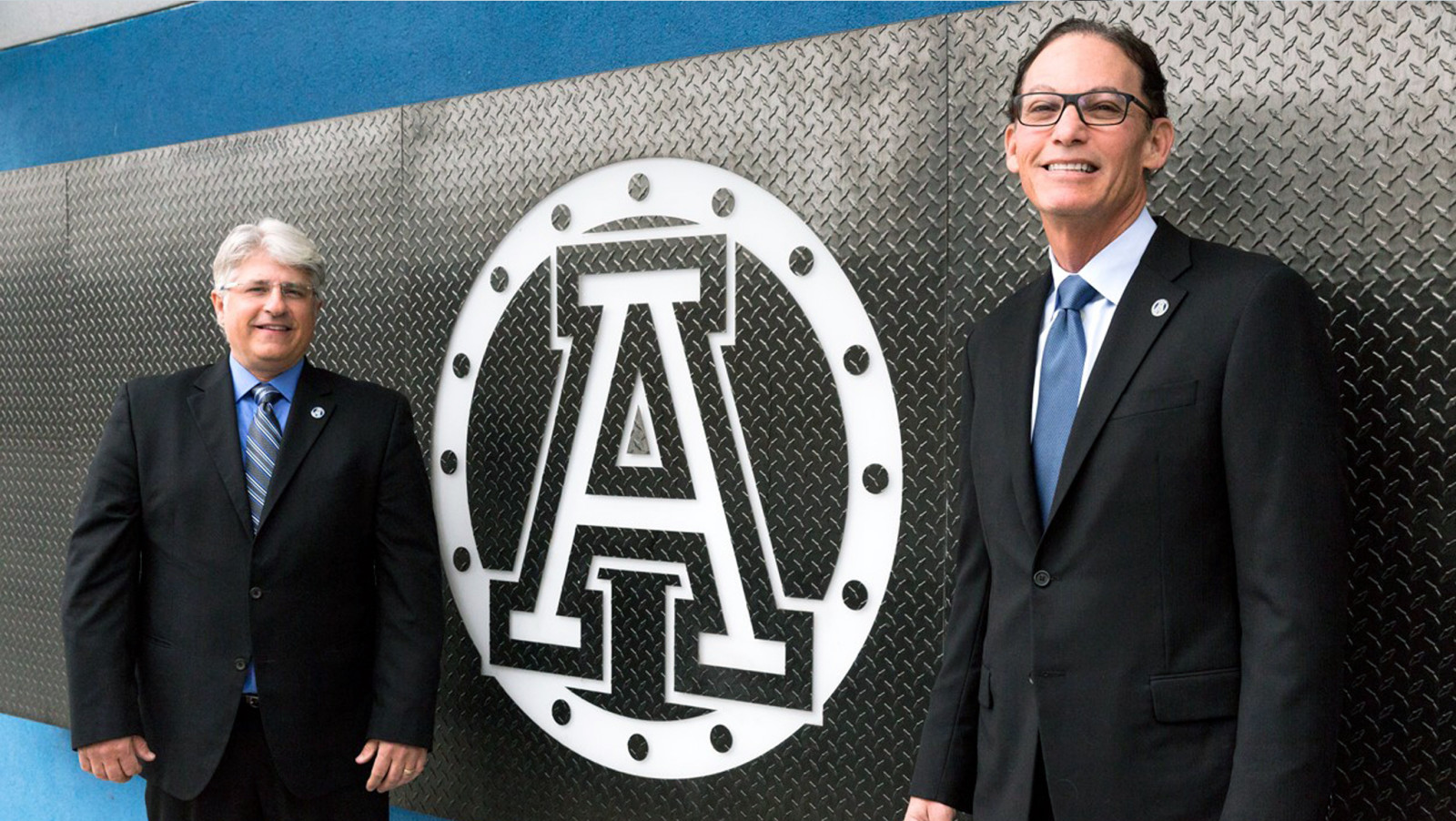 TORONTO — The Toronto Argonauts are ready to set sail under new leadership.

Jim Popp and Marc Trestman officially became Argos on Tuesday, as the team unveiled its next general manager and head coach at a press conference at BMO Field.

One of the past decade’s most successful duos, Popp and Trestman went 59-31 throughout five seasons in Montreal, winning two of three Grey Cup appearances and winning four East Division titles.

“It’s trust. It’s understanding one another.  There was not another choice for me.” Popp told CFL.ca when speaking about Trestman. “I’m ready to come to Toronto and establish a winning tradition.”

The news comes after a week of speculation and a wide-ranging search by President and CEO Michael Copeland following the dismissal of Jim Barker, the Argos’ previous general manager of seven seasons, last month.

“I am thrilled to introduce Jim Popp and Marc Trestman as the ideal leaders to bring excitement, success, and pride back to Argos football,” Copeland said in a statement. “Since the start of this process, we targeted individuals who have experience in establishing winning cultures and programs.  With Jim and Marc, we have hired the absolute best in the business. They are consistent winners, exceptional leaders, and fierce competitors.”

As a General Manager in the CFL, Popp has won four Grey Cups (1995 with Baltimore, 2002, 2009 and 2010 with Montreal) and has appeared in 10. He ranks second in all-time wins by a GM with 254. Popp was the General Manager and Vice-President of Football Operations for the Montreal Alouettes from 1996 to 2016, and led the Alouettes to 10 first place finishes, eight East Division Championships and three Grey Cups. Named the 2011 Sports Media Canada Executive of the Year, Popp brings with him a wealth of CFL experience.

Trestman was Head Coach of the Alouettes from 2008 to 2012, appearing in three Grey Cups and winning two (2009 and 2010). He ranks fourth all-time in winning percentage by a head coach. He led the Als to four division titles and five playoff appearances during his five-year term. Trestman was named the 2009 CFL Coach of the Year, and in 2013 left the Alouettes to become the head coach of the Chicago Bears.  He was originally brought to the CFL by Popp after a long and successful career in the NFL and NCAA in various coaching positions.

“Well I think it all starts with the fact that I love the CFL and I always have,” Trestman told CFL.ca. “When I left here I made that known that it was one of the great coaching experiences of my life. The stars seemed to be aligned; Jim (Popp) is the general manager and there’s a great opportunity here with great ownership and a great vision and I got excited to be a part of it and I want to help any way I can.”

Trestman is just one day into his tenure with Toronto but he already has a desired road map for how his quarterback situation will take shape.

The newly-appointed head coach of the Argonauts mentioned that he has spoken to Ricky Ray and the plan going into training camp will be for the veteran pivot to start.

“He will come in here as our starting quarterback,” Trestman said during the Argos’ introductory press conference on Tuesday at BMO Field. “There will be no competition.”

In an interview with CFL.ca, Trestman added: “We’ve had some chats and some discussions and I talked to Ricky and I want him to really think about whether he can come back and lead our football team. I think he can and I want him to come back here and be our starting quarterback. I’ve talked to the other quarterbacks as well. But the mindset would be, if Ricky could be our quarterback, we’ll start that way. He and I will decide, along with Jim along the way, whether he’s ready to put one year in and I’m excited about coaching him.”