Trestman on Ray: ‘He will come in here as our starting quarterback’ 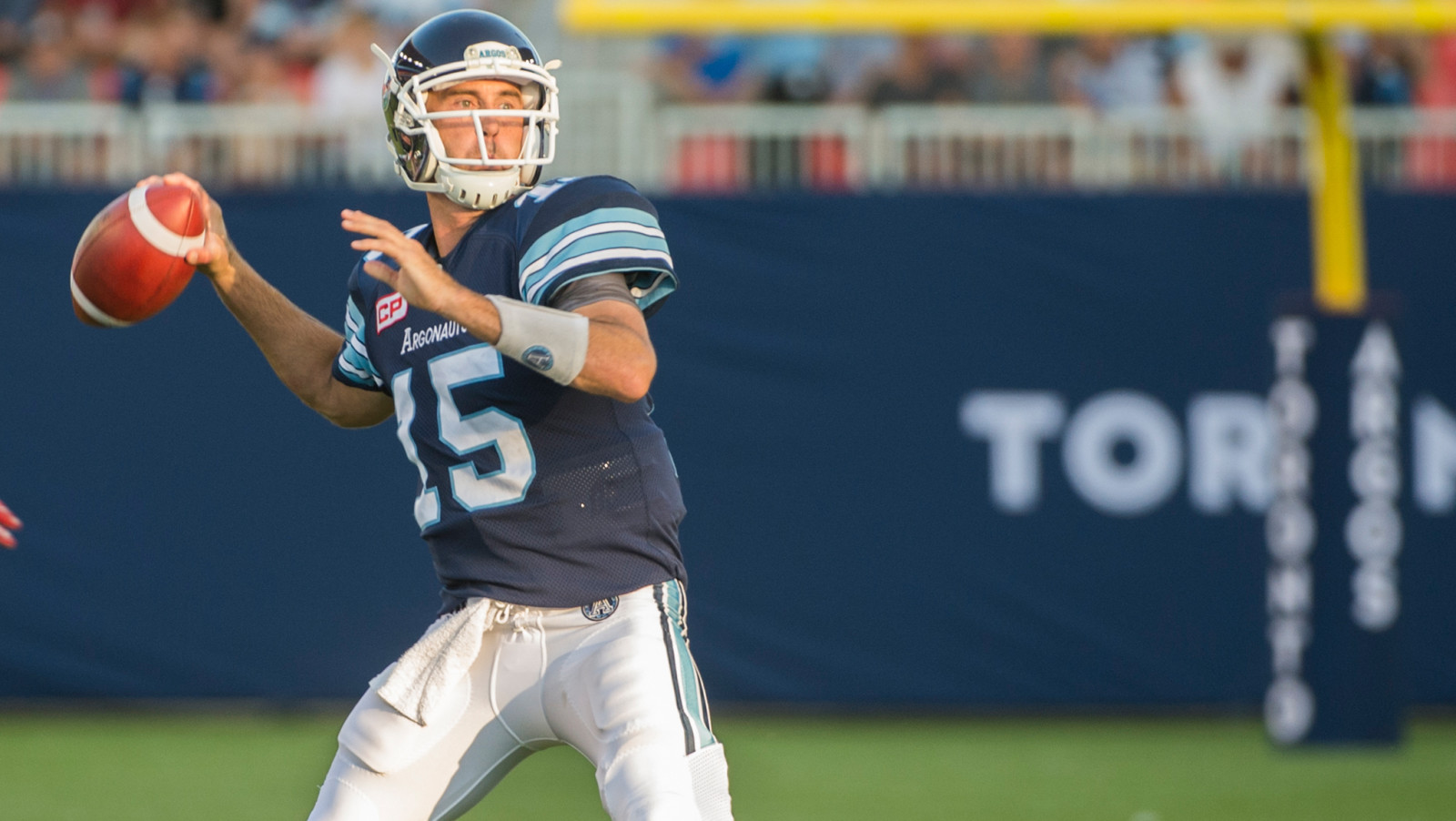 Trestman on Ray: ‘He will come in here as our starting quarterback’

TORONTO — Marc Trestman is just one day into his tenure with Toronto but he already has a desired road map for how his quarterback situation will take shape.

The newly-appointed head coach of the Argonauts mentioned that he has spoken to Ricky Ray and the plan going into training camp will be for the veteran pivot to start.

“He will come in here as our starting quarterback,” Trestman said during the Argos’ introductory press conference on Tuesday at BMO Field. “There will be no competition.”

In an interview with CFL.ca, Trestman added: “We’ve had some chats and some discussions and I talked to Ricky and I want him to really think about whether he can come back and lead our football team. I think he can and I want him to come back here and be our starting quarterback. I’ve talked to the other quarterbacks as well. But the mindset would be, if Ricky could be our quarterback, we’ll start that way. He and I will decide, along with Jim along the way, whether he’s ready to put one year in and I’m excited about coaching him.”

Ray is coming off an injury-riddled 2016 where he played in only nine games.  The future hall-of-famer was effective when he was healthy, however, passing for 2,397 yards and 15 touchdowns.  His 74.5% completion percentage was tops among CFL quarterbacks who played significant time as a starter last season.

Ray’s role in the Argos offence diminished in the last third of the season when the Boatmen — then under the leadership of GM Jim Barker and head coach Scott Milanovich — attempted to groom Drew Willy as the long term mainstay under centre.

At 37-years-old, Ray is indeed in the twighlight of his career but is being put in a situation where he may be able to add to his legacy.  Trestman runs an offence that was the model for which Milanovich worked with Ray in.  In addition, Trestman’s offence is built primarily around precision which bodes well for a quarterback who still sits as one of the most accurate gunslingers in CFL history.